Records from 14,288 animals of the Mangalarga Marchador breed, born from 1990 to 2005, were used to discard morphofunctional traits in a principal component analysis. The following traits were used: height at withers, height at croup, lengths of head, neck, back, croup, hip length and body, widths of head, hip width, thorax perimeter, cannon bone circumference and gait score. For the traits considered it was observed that 7 principal components showed variation lower than 0.7; suggesting that seven variables could be discarded. The reason is that when variable are highly correlated with the principal components of smaller variance, their variation is practically insignificant. Based on those results the recommendation is to maintain the following traits for future research with this database: gait score, height at croup, length of back, length of croup, width of head and cannon bone circumference. 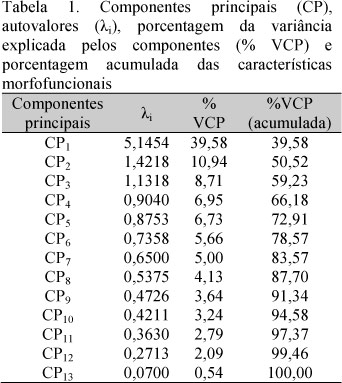 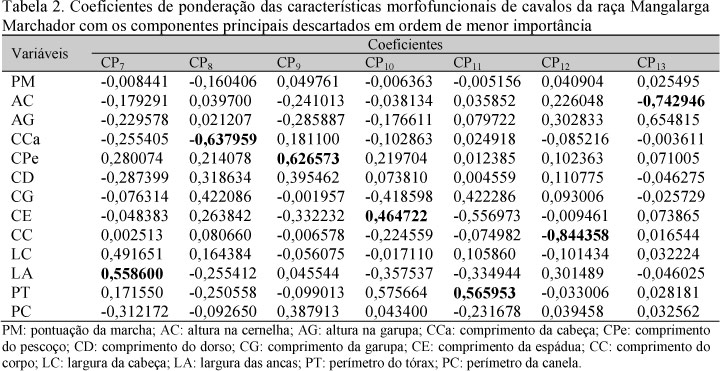