PURPOSE: To evaluate hyperbaric oxygen therapy (HBO) after esophagojejunal anastomosis in a rat experimental model and the effect of HBO on the healing of esophagojejunal anastomosis in gastrectomized rats. METHODS: Forty adult male Wistar rats, weighing 322 g to 506 g, were divided into two random groups. In group A (control group), 20 rats were subjected to total gastrectomy. In group B, 20 rats were similarly gastrectomized, but also received postoperative HBO treatment for 90 minutes/day for seven days. All rats were sacrificed on the eighth postoperative day and evaluated according to the following study variables: a) presence of anastomotic fistula; b) evaluation of esophagojejunal anastomosis healing by measuring the breaking strength at the suture line as per Hendriks & Mastboom; and c) determining the collagen concentration in the anastomosis, as per Kovács criteria. For the comparative statistical analysis between groups, Student's "t" test was used. A value of p<0.05 was considered significant. RESULTS: There was a 20% mortality rate. There were five deaths in group A and three in group B (p=N.S.). There was only one anastomotic fistula in each group, and neither caused any morbidity or death. Breaking strength measured at the suture line (p=0.528) and collagen concentration determined at the esophagojejunal anastomosis (p=0.89) were not significantly different between Groups A and B. CONCLUSION: Hyperbaric oxygen therapy did not affect the healing process of esophagojejunal anastomosis. 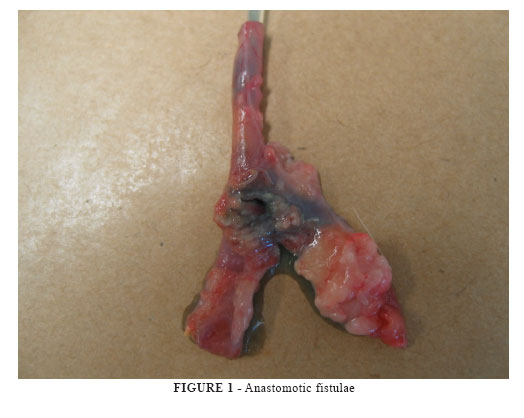 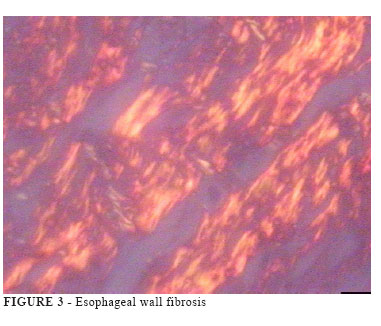