Brazil possesses a large amount of bat species, only 3 of which are haematophagous. The most abundant species, Desmodus rotundus (Geoffroy, 1810), is widely distributed throughout the Brazilian territory and it is involved in the transmission of several diseases to other animals, notably to herbivorous species, in the case of rabies. This study presents the topographical analysis of wounds caused by D. rotundus in bovines from 12 different rural properties in the county of Valença, state of Rio de Janeiro, where 101 bovines out of 580 examined in a year showed wounds caused by haematophagous bats. Analysis of the results leads to the conclusion that D. rotundus uses different sites to feed from the bovine’s body and that the superior body region was the most frequently used. The increased number of wounds found in the bovine’s superior half region (85.87%) will justify the use of bat population control methodologies which take into consideration the bat’s corporal contact with the dorsal region of bovines. 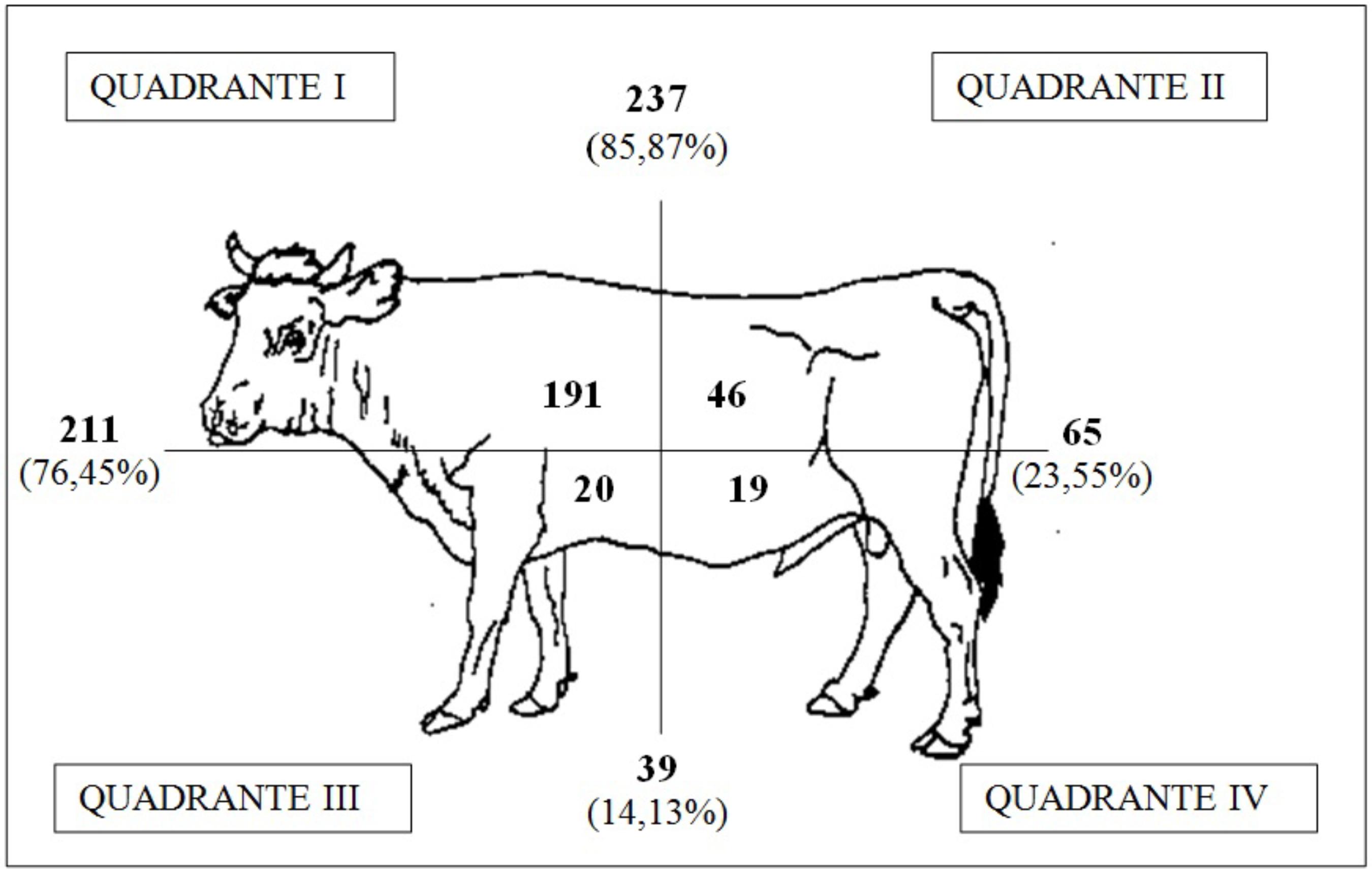