OBJECTIVE: To determine whether a biopsy of the synovia of the carpal tunnel is able to identify systemic diseases that were not diagnosed by clinical examination and laboratory tests. METHODS: Anatomical pathology P examinations of synovial tissue were performed in 46 patients that underwent open carpal tunnel release. Anatomical pathology examination with hematoxylin-eosin staining determined the intensity of the inflammatory process and the authors proposed a new classification of the injury according to the intensity of the inflammatory process. RESULTS: The anatomical pathology examination showed that 56.6% were classified as grade I (unchanged inflammation), 32.6%, grade II (leukocyte infiltration and discreetmoderate fibrosis), 4.3%, grade III (leukocyte infiltrate and intense fibrosis, the presence of fibrin and vascular neoformation) and 6.5%, grade IV (changes described above associated with the presence of local calcification and giant cells). Two patients with amyloidosis were classified as grade I and II and no stockpiles of amyloid material were found on their slides. Two patients with hyperparathyroidism and another with chronic kidney failure were classified as grade IV. CONCLUSION: Synovial biopsy of the carpal tunnel did not make early diagnosis of potential systemic diseases possiblein patients with carpal tunnel syndrome, and adds extra costs to the procedure. 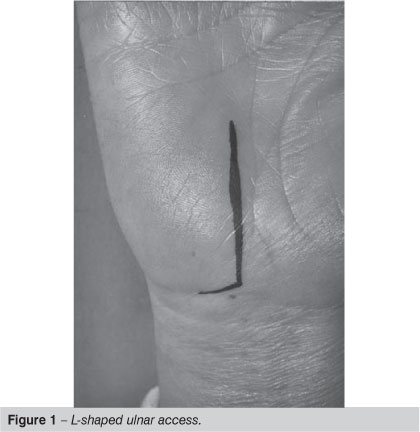 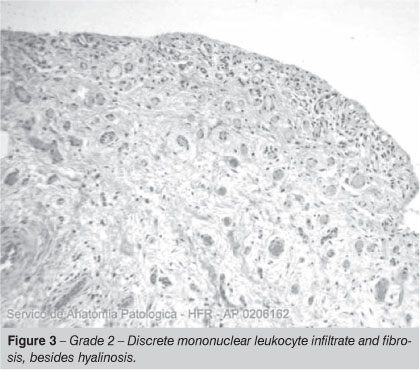 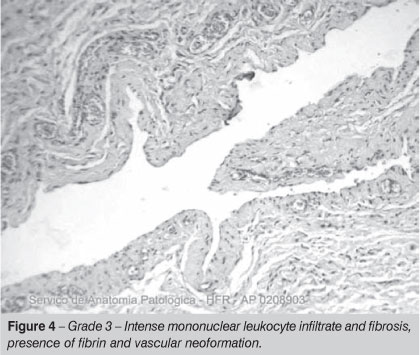