The present investigation details an assessment of genetic relationship of E. coli isolates collected from two different environmental sources viz. sewage water and soiled bedding materials of laboratory rodents. Five sewage water samples were collected from the industrial area of Lucknow city and 5 samples of soiled bedding materials of laboratory animals were collected from Animal facility at CSIR-IITR, Lucknow. For this study Random amplified polymorphic DNA markers (RAPD) was chosen as the molecular fingerprinting method. In this study, 10 RAPD primers were used to evaluate the genetic similarity of E. coli. isolates. The RAPD-PCR fingerprints were analyzed and data were scored as 1, 0 matrix. The generated data were fed on Popgene software for calculating genetic diversity and creating dendrogram. The genetic similarity of 85% was recorded from soiled bedding materials and only 71% in sewage water samples in E.coli samples. The dendrogram based generation of clustering of E. coli isolates show two major clusters. Within major cluster sub-cluster were also observed which indicating diversity within isolates of E. coli. The RAPD-PCR based fingerprinting provided a rapid means of discriminating E. coli isolates and considered a relevant tool for molecular typing.

The present study was carried out at Environmental Microbiology Section CSIR-Indian Institute of Toxicology Research Lucknow India. The samples are collected from possible distinct environmental conditions. Five water samples and five bedding samples were taken initially for analysis of E.coli strains: such as from sewage area near Gomati River and animal facility room in IITR Lucknow.

In media preparation the nutrient broth was prepared by dissolving 13 gram of dehydrated nutrient broth (Himedia, India) into 1000 ml of distilled water and was sterilized by autoclaving at 1210C under 15l b pressure per square inch for 15 minutes. Then the broth was dispensed into tubes (10 ml/tube) and stored at 40C in the refrigerator until used. The protocol for growing the E.coli bacteria was followed with Red hot sterilized platinum loop bein used to streak the nutrient broth culture on EMB agar or MacConkey agar for isolating colony. The media containing streaked culture was kept at 370C for overnight in incubator. The colony of pink/red and greenish black with metallic sheen appears on MacConkey and EMB agar plates respectively.

There are different biochemical test to use to identify the E.coli bacterial strains like-

Catalase Test: Using a glass capillary tube, small amount of culture from the plate was used. Care was taken to ensure that no blood strains were present as the presence of catalase in the medium itself may give a false positive result. To the observed the immediate formation of oxygen bubbles in the tube indicating the activity of catalase. Each culture was observed for the appearance of or absence of gas bubbles.

Iodole Test: Bacterium to be tested is inoculated in peptone water, which contains amino acid tryptophan and incubated overnight at 370C. After incubation few drops of Kovac’s reagent were added, Kovac’s reagent consists of para-dimethyl aminobenzaldehyde, isoamyl alcohol and conc. HCL. Ehrlich’s reagent is more sensitive in detecting indole production in anaerobes and non-fermenters. The tube color was examined in the reagent “layer”.

Methyl Red (MR) Test: The bacterium to be tested in inoculated into glucose phosphate broth, which contains glucose and phosphate buffer and incubated at 370C for 48 hours. Over the 48 hours the mixed acid producing organism should produce sufficient acid to overcome the phosphate buffer and remaining acid. The pH of the medium is tested by the addition of 5 drops of MR reagent. The change in color of methyl red or MR test was observed.

Voge’sProskauer (VP) Test: Bacterium to be tested is inoculated into glucose phosphate broth and incubated for at least 48 hours. 0.6 ml of alpha-naphthol is added to the test broth and shaken. 0.2 ml of 40% KOH is added to the broth and shaken. The tube is allowed to stand for 15 minutes. The negative tubes must be held for one hour, since maximum color development occurs within one hour after addition of reagents. Observe the tubes for change in color for the VP test.

After biochemically and staining processes, 10 samples were identified as containing E.coli colonies than confirmed pathogenic E. coli species were isolated from sewage water sample and bedding material of laboratory animal species. DNA was extracted from E. coli after inoculation in Luria broth followed by incubation at 37°C in tail digestion buffer and 20% SDS buffer with 5 µl proteinase K followed by phenol: chloroform: isoamyl extraction and ethanol precipitation with 3 M Sodium acetate according to Sambrook and Russell (1989)[16] protocol. Ten samples (five from sewage water sample and five from bedding material) from each sources were screened for E.coli isolate and subsequently DNA was extracted and stored at -20 oC for future use.The quantity of genomic DNA was estimated by spectrophotomer and DNA samples loaded on 0.8 % agarose gel.

A total of 15decamer primers from the set OPA, OPG and OPO (Operon Biotechnologies GmbH, Germany) having GC content 60-70 % were initially screened RAPD PCR. The oligonucleotide primers information along with amplified band size range and GC content is provided in Table 1.The RAPD-PCR reactions were performed in a mixture of 25 µl volume containing 50 ng of genomic DNA , 12.5 µl hot start master mix (Biotool)), 1.0µL (25 pmole) primer and volume make up nuclease free water. DNA was amplified by a thermal circler (mycycler, BioRadTM, USA) using the following cycling conditions: first denaturation of 5 min at 94°C followed by 45 cycles of 1 min at 94°C, 1 min at 35°C and 1 min at 72°C and final extension at 72°C for 5 min. One negative control was used in each primer reaction. The PCR reactions were carried out as described by Maity and Guru (2006) [14[14] Mishra S.K., Kumar M., Sharma R.P., Rajnarayan, Tyagi J.S. Assessment of generic differences between and within four avian species by employing randomly amplified polymorphic DNA markers.Indian Journal of Poultry Science 2008; 43:257-261.]. The PCR amplified products were resolved on 1.75 % agarose gel having ethidium bromide in 1X TBE buffer [45 mMTris-borate, 1.0 mM EDTA (pH 8.0)] at 75 V for 4 -5 h . A low range ladder was used for molecular weight determination. The amplified band pattern were visualized and photographed in a gel documentation system using Gene snap software (Syngene), UK.

The analysis of allele size amplified by different RAPD markers was done in Genesnap and Gene tool softwares (Syngene, UK) along with the standard size ladders (100 and 500 bp).After matching the bands pattern in different gels than bands were scored as ‘1’ and ‘0’ for their presence and absence respectively. For molecular genetic investigation the binary coded characters (1, 0) were used. From generated binary data, the level of polymorphism was analysed by dividing the polymorphic bands by the total number of scored bands. Similarly, % of polymorphic loci was calculated for each genus using popgene version 1.31 software [17[17] Higgins J., Hohn C., Hornor S., (2007) Genotyping of Escherichia coli from environmental and animal samples, Journal of Microbiological Methods. 2007; 70, 227-235.].

On the basis of culture examination and biochemical parameter of isolated bacteria from Gomati sewage water and soiled bedding material of laboratory animals are given bellow.

The samples were collected and promptly inoculated on McConkey agar plate. After overnight incubation, bright pink colonies were observed in 10 Gomati River and soil bedding material samples. The presumptive colony on McConkey agar for each bedding material was sub cultured successively onto Eosin Methylene Blue (EMB) agar for presumptive identification of E. coli. The greenish-black colonies with metallic sheen on EMB agar were observed. In gram’s staining under microscope the organism revealed gram-negative, pink color, small rod shaped, single or paired. Presumptively selected 2 to 3 mm colonies were repeatedly streaked on the respective selected media (EMB agar) to check and confirm their purity. For identification, a series of biochemical tests especially selective for E. coli were performed with the culture positive and gram-negative rod shaped cells. All the isolates are fermented the two sugars producing acid and gas. Acid production is indicated by the color change from reddish to yellow and the gas production was noted by the appearance of gas bubbles in the inverted Durham’s tubes.

In this study, 20 RAPD primers for amplification of bacterial genomic DNA were selected from two different sources. Out of 20 Only 12 primers formed the best, suitable, clear, and reproducible banding patterns. The amplified band patterns were found to be clear and reproducible when reaction were repeated using the same reaction condition. The total 165 types of bands were amplified by 12 RAPD primers i.e. scorable and easily counted. All 20 RAPD primers yielded reproducible DNA profiles. Control assays in which distilled water was used in place of template yielded no amplified products. The polymorphism was counted in different E.coli strains from different sources, some bands similar and some bands dissimilar reported. The primer OPG-02, OPG-07 and OPG -14 produced good results for investigation of polymorphism in all strains. The primer OPG-02 and OPG-07 approximately 250 bp and 600 bp allele size were similar in all strains of E.coli. (Fig. 1).The primer OPG-12 and OPG-07 produced good polymorphism in all strains of E.coli bacteria (Fig. 2&4). The numbers of scored bands, band size ranges were represented in Table 2. The molecular weight of amplified bands ranged from 200 bp to 3.4kbp. The maximum size-range of amplified products (230- 2,400 bp) for a single primer was found with OPG- 02, whereas the minimum (150-1,900 bp) was obtained with OPG-07. The maximum number of bands (11) was produced with primer OPG-02 (Fig. 3) and the minimum (1) with primer OPG-06. The RAPD DNA finger printing with 20 primers generated a total of 2,120 bands in all samples.

Thumbnail
Table 2
Biochemical test of all sample of E .coli.

These results also help to the understanding of the working on E. coli species in laboratory rodents in biomedical research. Thus, we suggest that application of this type of study in molecular characterization of E.coli infections to understand the pathogenic and diversity of the bacteria isolated in Gomati river and bedding material of laboratory animals.

Authors are grateful to Director, CSIR-Indian Institute of Toxicology Research, Lucknow for the support and encouragement. The authors acknowledge Council of scientific and Industrial Research (CSIR), Government of India, New Delhi, for financial assistance under empower project. The corresponding author is also grateful to Head, Amity Institute of Biotechnology for providing the lab facility to conducting the research work.

The authors declare that there is no conflict of interest. 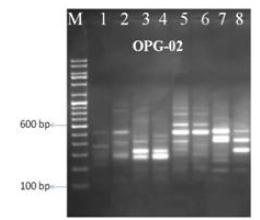 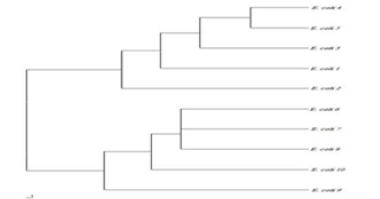 Table 2   Biochemical test of all sample of E .coli.