The development of the galls of the midge Eugeniamyia dispar Maia, Mendonça-Jr. & Romanowski, 1996 (Diptera: Cecidomyiidae) was monitored weekly on its host plant, Eugenia uniflora (Myrtaceae). The work was carried out in the urban area of Porto Alegre, RS, Brazil, from October 1993 to September 1995. Galls were collected from the field and raised in the laboratory to obtain adults. The females oviposit on young leaves of the host plant, with the first instar larvae inducing the gall, which is unilocular. The last instar larvae drop to the soil to pupate and later emerge as adults. The galls occur from late August to early June, when young leaves of the host can be found, with populations peaking during the summer. So far this species is only known from the two southernmost states of Brazil (RS and SC). 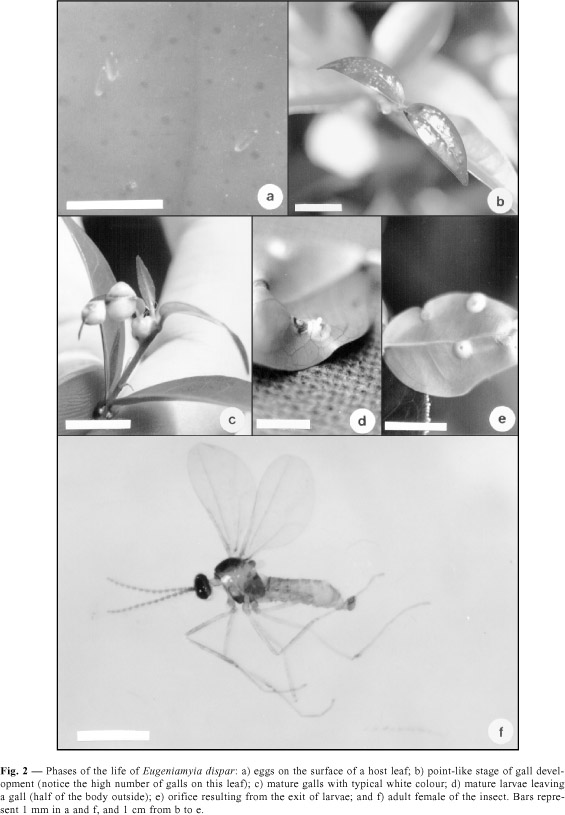