This paper presents a floristic survey of Raphidophyceae (Heterokontophyta) found in three freshwater environments in the municipality of Rio de Janeiro, based on samples collected bimonthly from September 1988 to August 1991. A total of 117 samples were collected, and eight of these contained cells of raphidophytes. Altogether five raphidophyte species, representing the genera Gonyostomum (2), Merotrichia (1), and Vacuolaria (2) were identified. Four species are new records for the State of Rio de Janeiro (G. semen, G. depressum, M. bacillata, V. virescens var. virescens), and one is reported for the first time in Brazil (V. viridis). Gonyostomum semen and V. virescens var. virescens are the most widespread taxa in the area, found in 50 and 25% of the total of samples, respectively. With the exception of M. bacillata and V. viridis, most of the taxa occurred in a natural oligotrophic lake with acidic waters, in accordance with the preference of raphidophytes for low pH. This study clearly supports the need for more extensive taxonomic surveys on these raphidophytes, based on field and cultured samples and under light and electron microscopy, to confirm the taxonomic identity of the previously reported species and to expand the knowledge of the taxa in Brazil. The bloom of G. semen reported here, together with its gradual dominance in the aquatic systems in the State of Rio de Janeiro seems to conform to the recent spread of this species into new areas, and can be viewed as a potential risk for environmental health. 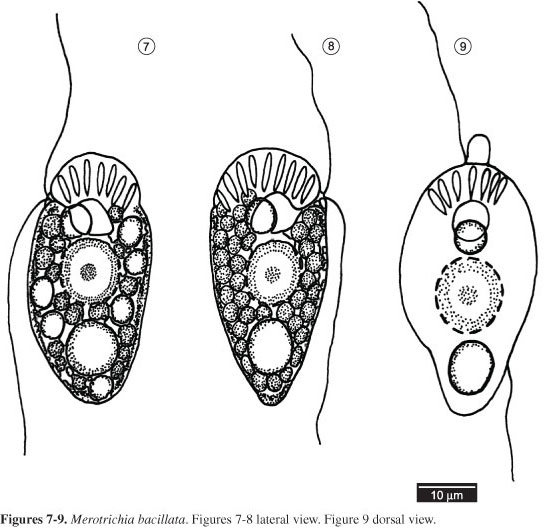