The objective of the present study was to assess the genetic potential of inbred carioca common bean families from five populations derived from crossings involving elite lines and a disease-resistant line (Rudá-R), and to assess the efficiency of SCAR molecular markers in selecting plants resistant to anthracnose and angular leaf spot, at the time of bulk formation. Plant architecture, yield and grain type were assessed. Significant effect among families within population was observed, suggesting wide genetic variability for the characters assessed. Twenty-six superior families were selected. The families contained the greatest number of markers, identified by SCAR molecular markers in the F4 generation. Eighteen of these families were resistant to the races 65 and 453 of Colletotrichum lindemuthianum and five were resistant to the race 63.23 of Pseudocercospora griseola. Thus selection assisted by SCAR markers, in the F4 generation, was an important tool in common bean breeding. 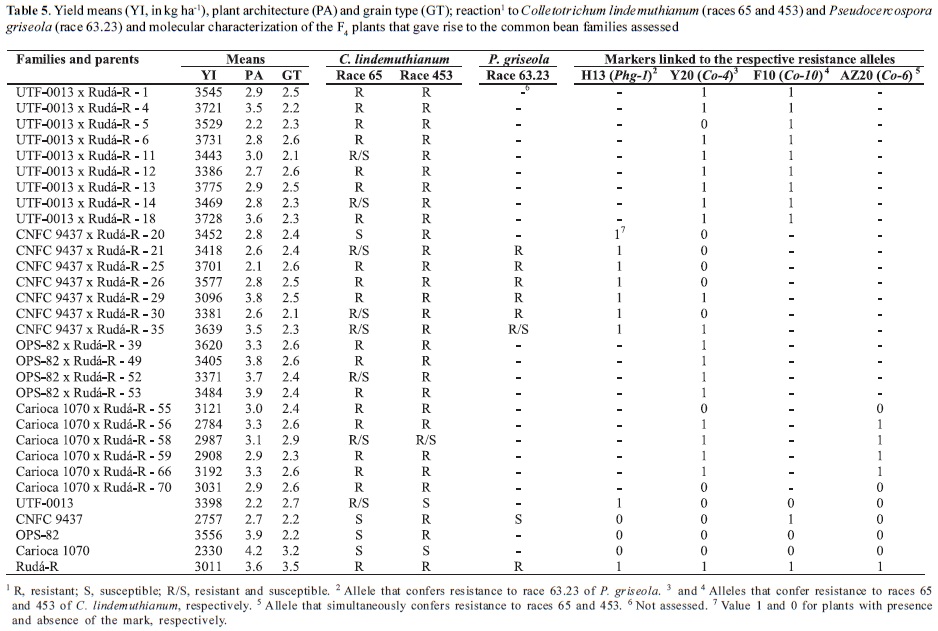