Plug dynamics of non compensate drip tubes were evaluated, by the precipitation of moisturized whitewash [Ca(OH)2], which is used in the fertigation for the bulb pH control of the trademarks Azud, Amanco, Naandan, Netafim, Petroisa, Queen Gil, with flow rate varying between 0.4 to 3.0 L h-1 usually used in the country. For this matter, increasing doses of Ca(OH)² were applied in the irrigation water, from 0.01 g L-1 to 1.84 g L-1. The flow rate of each drip tube was measured in intervals of time initially of 7 days, later of 15 days of system operation, totaling a time of 100 days of operation, corresponding to nine applications or 432 hours. The coefficient of variation (CV), and relative rate flow (Qr) were evaluated. The results pointed differences among the evaluated emitter regarding the occurrence of the clogging, and the models G2 and G5 presented the smallest levels of flow rate variation comparing to the models G6, G7 and G9. 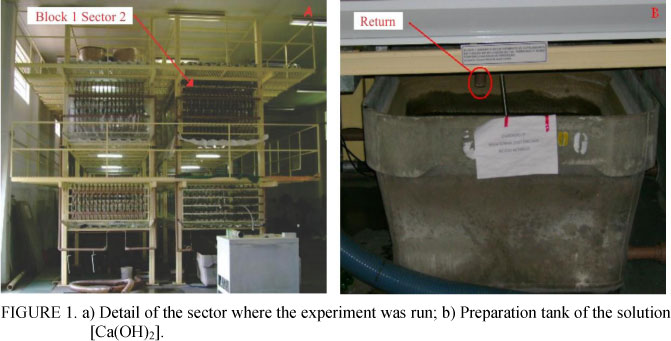