Prominence in the media, renown in the sciences: the construction of a paradigmatic feminist and a scientist at Rio de Janeiro's Museu Nacional

Maria Margaret Lopes About the author

Bertha Lutz was one of the women of her generation who enjoyed indisputable political and scientific authority. She wrote much and even more was written about her, especially during her day. The newspaper chronicles by Lima Barreto, countless letters, scientific papers, and unpublished texts by Bertha herself that are surveyed in this article indicate how much her feminism - inseparable from other dimensions of her life - fostered her professional career. Her feminism earned her a carefully constructed renown and visibility that interlocked with her professional performance. Science lent her social prestige and guaranteed legitimacy for her causes. During a period when the scientific community itself was engaged in publicizing its own activities, Bertha's feminist prominence in the media helped her make a name in the sciences. 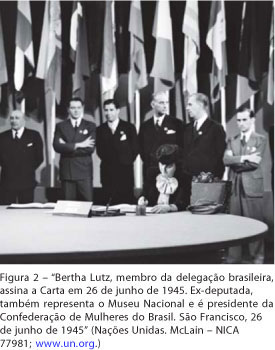