In view of the tragic fire at a nightclub in the city of Santa Maria, Brazil, which culminated in the sudden death of 232 young people, we decided to review the literature regarding smoke inhalation injury caused by enclosed-space fires, which can be divided into direct thermal damage, carbon monoxide poisoning, and cyanide poisoning. Such injuries often call for immediate orotracheal intubation, either due to acute airway obstruction or due to a reduced level of consciousness. The diagnosis and the severity of the thermal injury can be determined by fiberoptic bronchoscopy. The levels of gases and gas by-products in the bloodstream should be assessed as rapidly as possible, even while still at the scene of the incident. First responders can also treat carbon monoxide poisoning, with immediate administration of oxygen at 100%, as well as cyanide poisoning, with oxygen therapy and hydroxocobalamin injection

Thumbnail
Figure 1
In A and B, severe thermal injury in a patient with extensive burns. In C, particulate matter extracted from the airway.

Figure 1   In A and B, severe thermal injury in a patient with extensive burns. In C, particulate matter extracted from the airway. 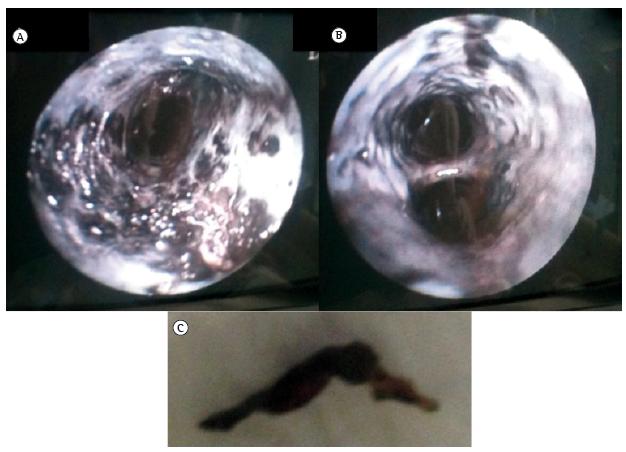