The lacustrine system of the middle rio Doce basin is considered a paradigm of Pleistocene geomorphology. In these lakes, two Hoplias malabaricus karyomorphs (2n = 42A and 2n = 42B) live in sintopy in Carioca Lake. Cytogenetic analyses were performed on 65 specimens from 8 lakes (including Carioca Lake) to determine the distribution and relative frequency of these karyomorphs and the degree of cytogenetic divergence caused putatively by recent geographic isolation. All fish were 2n = 42B karyomorphs, except for 1 specimen from the Marola Lake, which was 2n = 42A. Among-population variation was especially high for C-banding patterns. Other characters such as X chromosome size and CMA3/DAPI also varied among populations. Our results suggested that the karyotype of H. malabaricus is able to respond rapidly to geographic isolation, and revealed that heterochromatic variation may represent the lowest hierarchical level of chromosomal evolution. 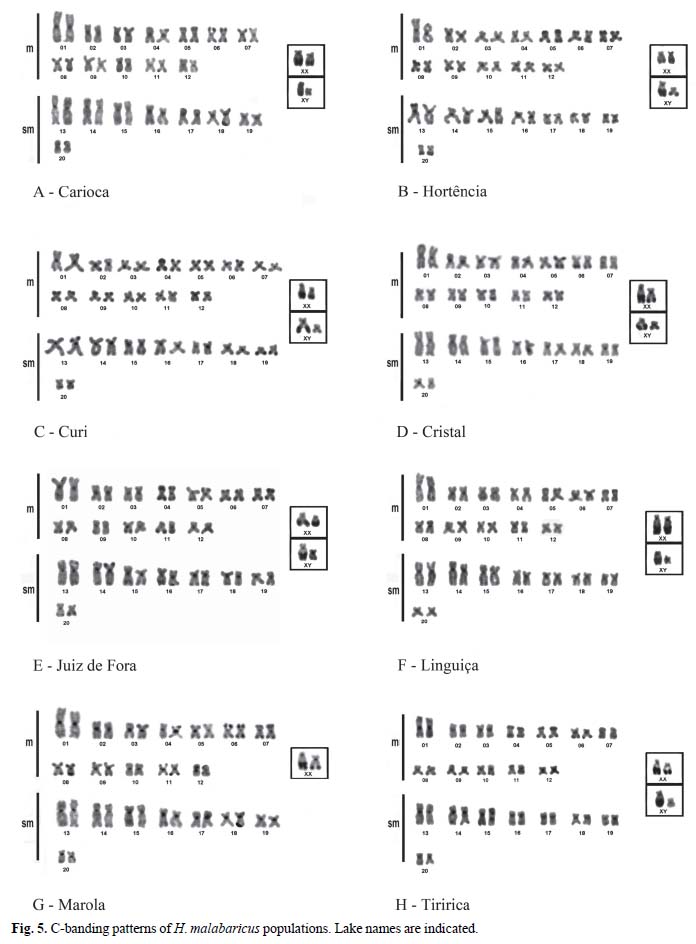