In Brazil, Protected Areas (PAs) are considered the cornerstone for development of national strategies for biodiversity conservation. Considering this point of view we analyzed thirty protected areas belonging to Atlantic Central Corridor of Atlantic Forest in Bahia, aiming to identify and analyze its current level of implementation. Lemos de Sá and Ferreira (2000) methodology which consist of applying a standard scale, where the variation of the level of implementation conforms to a range of 0 to 5 points was used, with appropriate adaptations. After obtaining the data from the implementation level we use the aggregation method of Ward to help visualize the dissimilarity between the protected areas studied. We used an international classification proposed by IUCN (International Union for Conservation of Nature) for that the UCs to be compared with works done in another countries, the UCs considered are in the groups Ia, II, V and VI da IUCN. As results, 50% of protected areas analyzed are reasonably implemented, 40% inadequately implemented, 6.7% are presented only on paper and only 3.3% can be classified as satisfactorily implemented. These areas presents problems in their regularization; deficiency in infrastructure, human and financial resources. Given the results its clear the recurrent fact that conservation areas under study must be effectively implemented and for this to occur environmental policies should be focused on actions to consolidate the goals of conservation strategy. 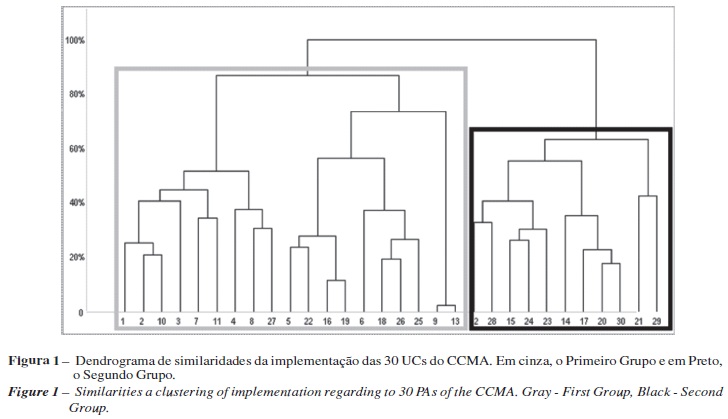 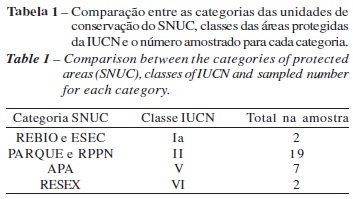 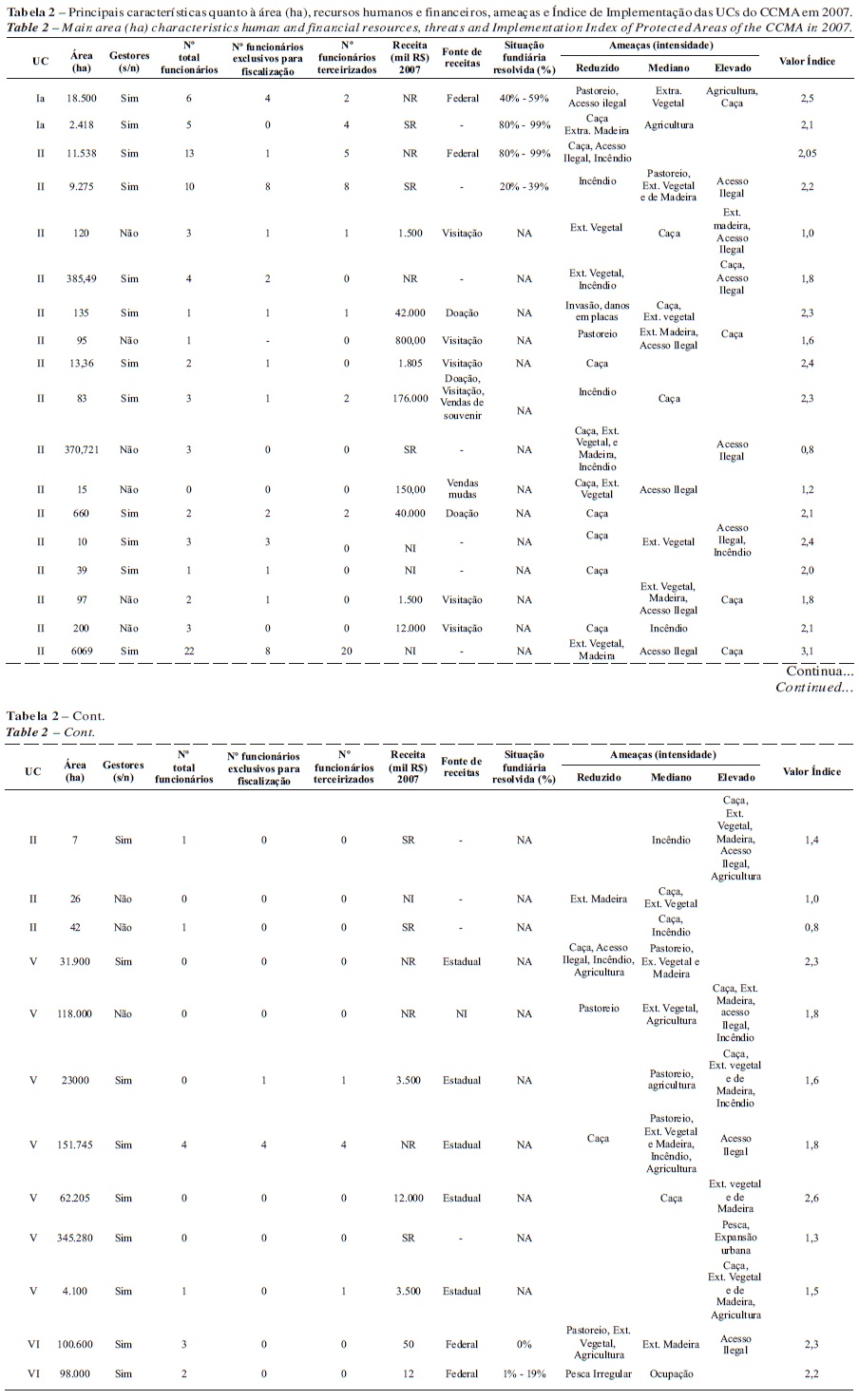