This was a prospective, randomized clinical study to compare the success rate of nasogastric tube insertion by using GlideScopeTM visualization versus direct MacIntosh laryngoscope assistance in anesthetized and intubated patients.

Ninety-six ASA I or II patients, aged 18-70 years were recruited and randomized into two groups using either technique. The time taken from insertion of the nasogastric tube from the nostril until the calculated length of tube had been inserted was recorded. The success rate of nasogastric tube insertion was evaluated in terms of successful insertion in the first attempt. Complications associated with the insertion techniques were recorded.

The results showed success rates of 74.5% in the GlideScopeTM Group as compared to 58.3% in the MacIntosh Group (p = 0.10). For the failed attempts, the nasogastric tube was successfully inserted in all cases using rescue techniques. The duration taken in the first attempt for both techniques was not statistically significant; Group A was 17.2 ± 9.3 s as compared to Group B, with a duration of 18.9 ± 13.0 s (p = 0.57). A total of 33 patients developed complications during insertion of the nasogastric tube, 39.4% in Group A and 60.6% in Group B (p = 0.15). The most common complications, which occurred, were coiling, followed by bleeding and kinking.

This study showed that using the GlideScopeTM to facilitate nasogastric tube insertion was comparable to the use of the MacIntosh laryngoscope in terms of successful rate of insertion and complications. 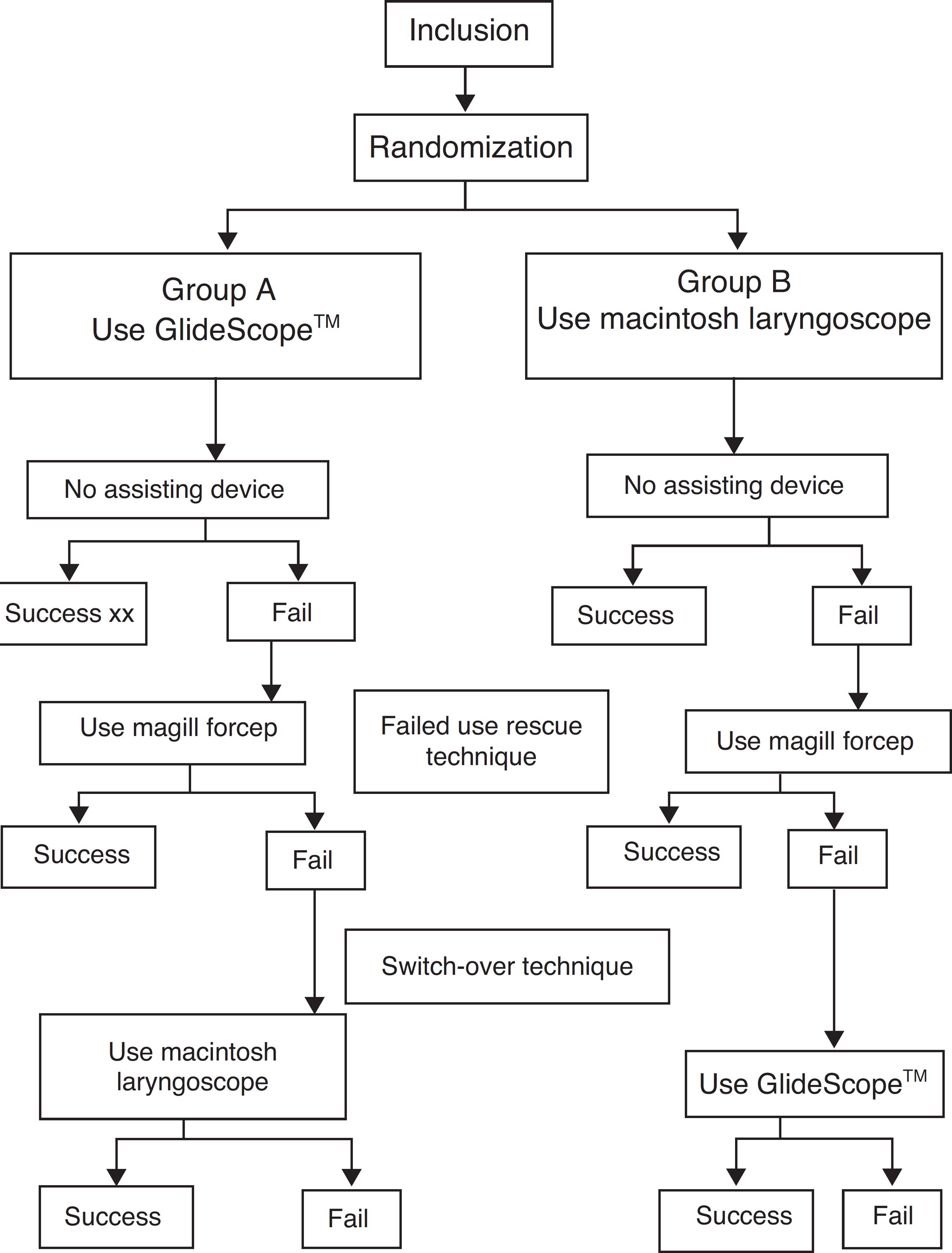