The Brosimum gaudichaudii Trécul. (BG) Moraceae, with a high frequency in regions of the Brazilian cerrado (shrubland) and popularly known as "mamacadela", holds photosensitizing furocoumarins. The BG's main therapeutic use is the treatment of vitiligo, a skin depigmentation disease that takes hold of approximately 1-2 % of the world population. There is one product on the marketplace (Viticromin®), for which there is no scientific research available about its experimental toxicity, in spite of its proven clinical efficacy. Therefore, the development of acute pre-clinical toxicity trials has been proposed (approximate lethal dose, ALD, and median lethal dose, LD50) of the BG root exsudate in laboratory animals. Male, albino mice weighing between 25 and 30 g, in good sanitation conditions have been used. The mice received water and food ad libitum. The BG powder was mixed in 0.9% saline solution and 0.5% cremophor and was administered po and ip. The LD50 was obtained through the Lichtfield and Wilcoxon (1949) method. A public domain software was used for the calculations. Ten mice/dose were used - 6 groups for each administration via, including the control group - and the number of deaths within up to 14 days was considered; the control group received an emulsion made up by 0.9 saline solution and 0.5% cremophor. Before establishing the LD50 and aiming at reducing the number of animals used, the DLA was determined when 1 animal per dose was used (the next dose always 50% higher than the previous dose), until identifying the dose that led to the death of 1 animal. Thus, the DLA po was 3750 mg/kg and the DLA ip, 2920 mg/kg. The LD50 po was 3517.54 mg/kg and the LD50 ip was 2871.76 mg/kg. The product was considered as of being of low toxicity, taking into account only the single dose acute toxicity. 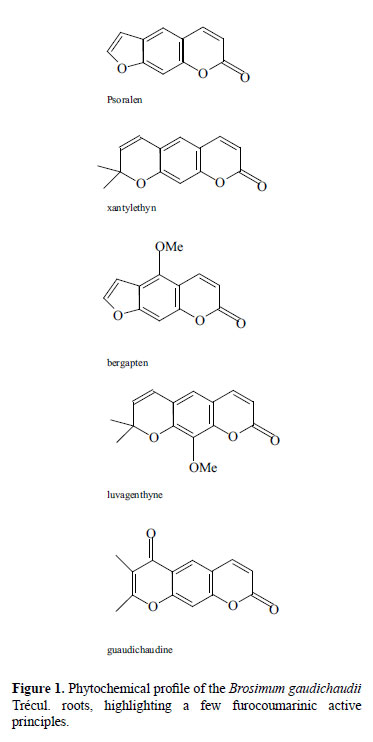 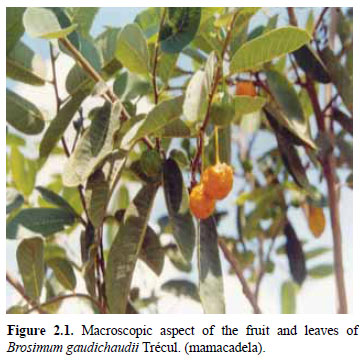