The aim of this study was to evaluate the effect of housing density on the incidence of foot pad dermatitis and bone characteristics throughout rearing of broiler chickens. The experiment was carried out in three commercial poultry farms. The chicks were housed on the same day and distributed according to three densities: barn A - 14.33 birds / m2, barn B - 15:00 birds / m2 and barn C - 15.66 birds / m2 15 birds / barn were weekly culled; legs and the right foot of each bird were collected. It was evaluated the macroscopic score of cushion plant area of each bird, classifying them into: no lesion (score A), bruises in the footpad (score B), serious and multiple injury (C). Then, it was extracted the footpad of the foot and fixed in formalin. The samples underwent histological procedures. The leg bones were tested for flexural deformation rate. The cross-sectional image of the medial portion of the bone was captured; then, the area, thickness and diameter were measured at the cortical bone. Data were analyzed through SAS software. The increased density resulted in higher incidence of severe lesions in the footpad, lower bone breaking strength and area of the cross section of the tibia after 42 days. It decreases the thickness of the cortical bone at 21 days of age of the birds. Increased housing density negatively affects bone characteristics and leads to higher incidence of food pad dermatitis at slaughter. 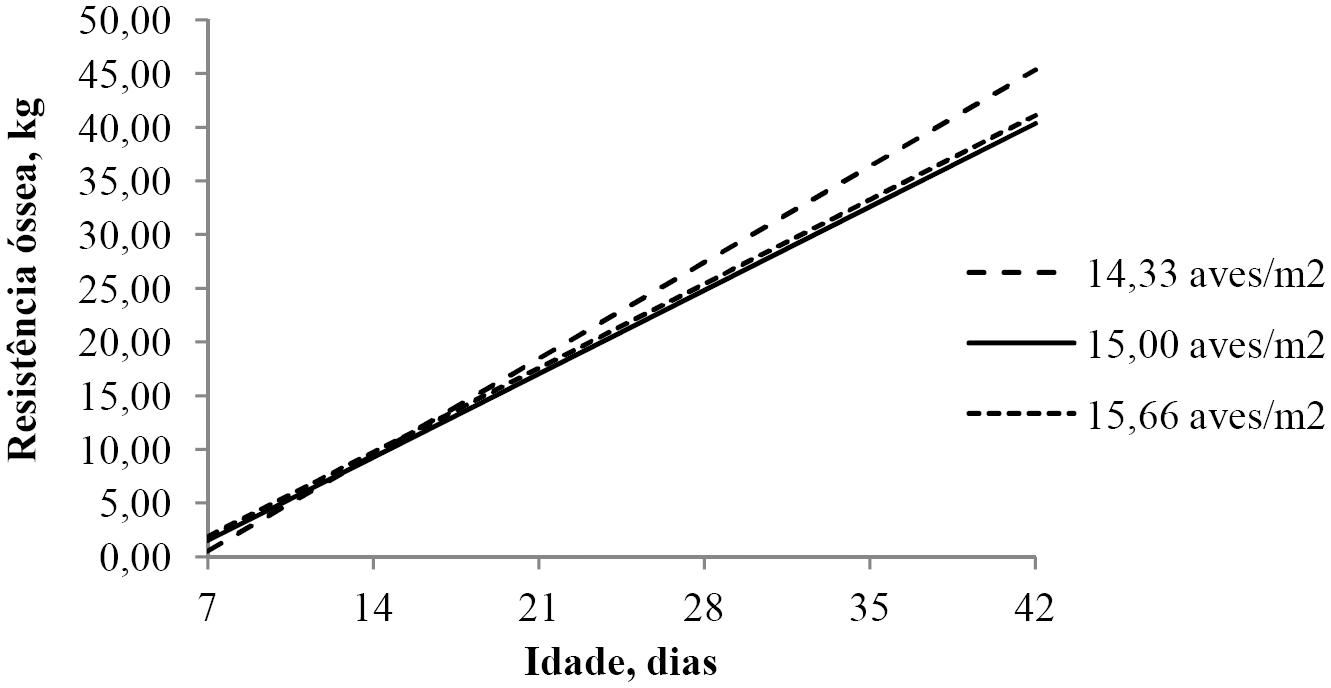