The objective of this study was to evaluate the ingestive behavior of five different genetic groups of F1 Holstein x Zebu (HxZ) cows during lactation during the summer. The evaluated groups were: Holstein x Gir, Holstein x Nelogir, Holstein x Guzonel, Holstein x Nelore and x Indubrasil. The experiment it occurred place during the summer in the Farm of Agricultural Research Company of Minas Gerais, located in Felixlândia- MG. A completely randomized design with factorial arrangement 5 × 4, five crossings and four periods of observation, with ten repetitions was used. The measurements of climate variables were made using dataloggers and calculated the black globe temperature and humidity index. There was the percentage of animals grazing, rumination, urination, defecation, water intake and salt intake during the day and at night every 30 minutes. The F1 animals used did not affect the grazing behavior due to high BGT values. There was a higher frequency of rumination and idle period in the morning, showing a natural behavior of cattle. Defecation was higher during the day, coinciding with the period of greater movement of animals. Water consumption was greater in the post- milking and the salt consumption in the afternoon. There was a positive statistical correlation between BGT and grazing, and negative correlation between BGT and leisure. Thus, the F1 animals grazing behavior has not changed because of the high BGT values, explaining the adaptability and resilience of five genetic groups, being a viable option for warm climate regions. 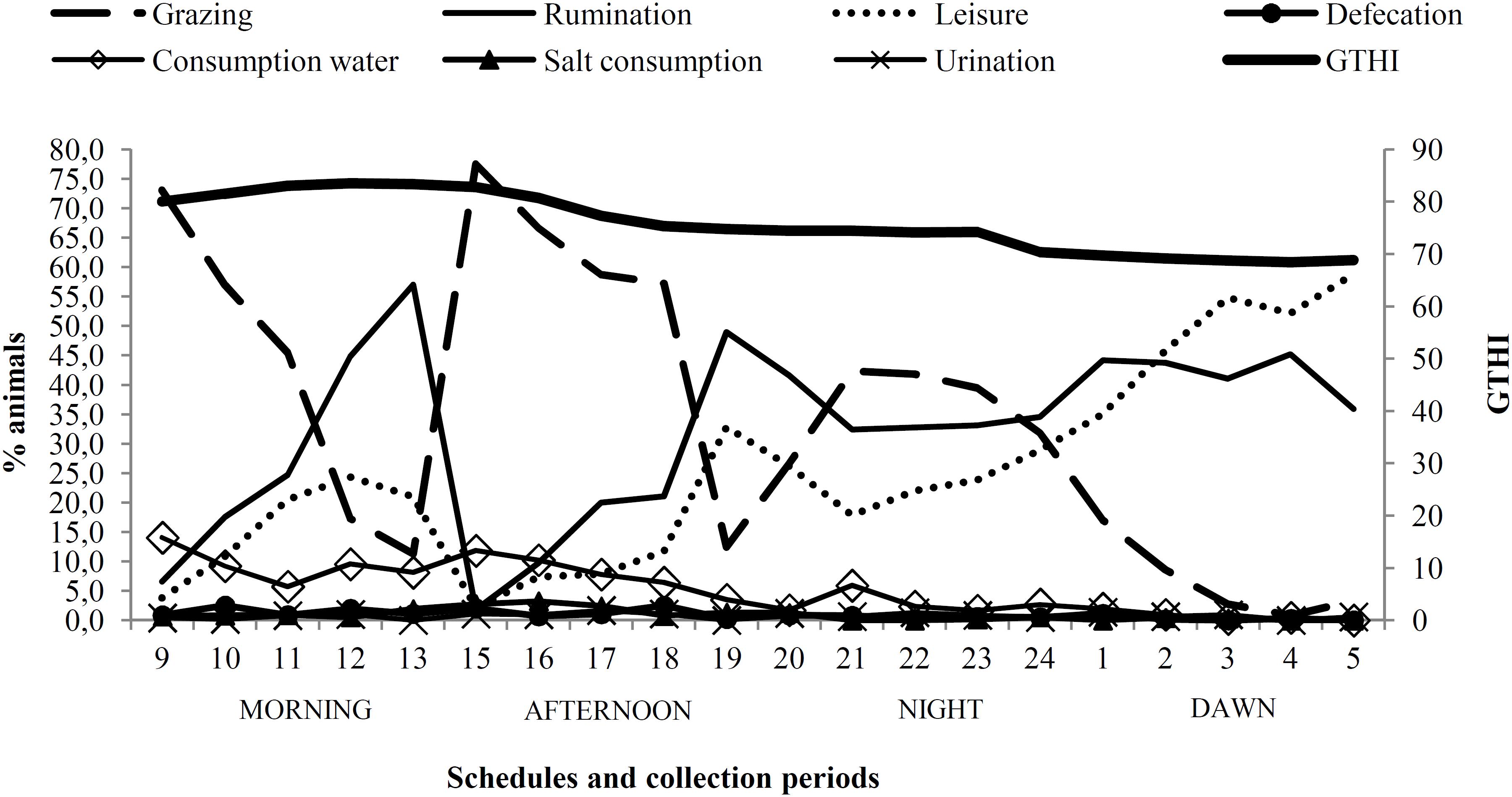 Table 3   Averages values for the percentage of animals as grazing, rumination, leisure, water consumption, urination, defecation and salt consumption during the studied periods