The knowledge of the phenotypic variation of cassava (Manihot esculenta Crantz) germplasm allows the estimative of the genetic variability to support the selection of contrasting genitors. Therefore, the aim of this work was to define homogeneous groups of cassava germplasm based on yield traits, disease resistance and root quality using K-means as a non-hierarchical method. Breeding values estimated by Best Linear Unbiased Predictor (BLUP) were used for the cluster analysis. The number of groups was defined according to the stabilization of the smallest within-group sum of squares. Seventeen clusters were defined to represent the diversity of the germplasm, whose number of accessions ranged from 7 (Group 15) to 69 (Group 9). In general, accessions belonging to Groups 1, 4, 7, 12, 15 and 16 showed good agronomic traits, such as high fresh root yield and starch yield (> 60.7 t ha-1 and 18.6 t ha-1, respectively). In contrast, only Group 15 presented low bacterial blight severity. The groups obtained showed strong differences, as evidenced by the within-groups sums of squares values, which ranged from 215.1 (Group 15) to 2,338.3 (Group 8). The K-means algorithm allowed the formation of consistent groups based on yield traits, disease resistance and root quality. Therefore, the K-means algorithm was efficient in the formation of groups with low within genotypic variation, especially concerning large amounts of data, such as in cassava germplasm banks. 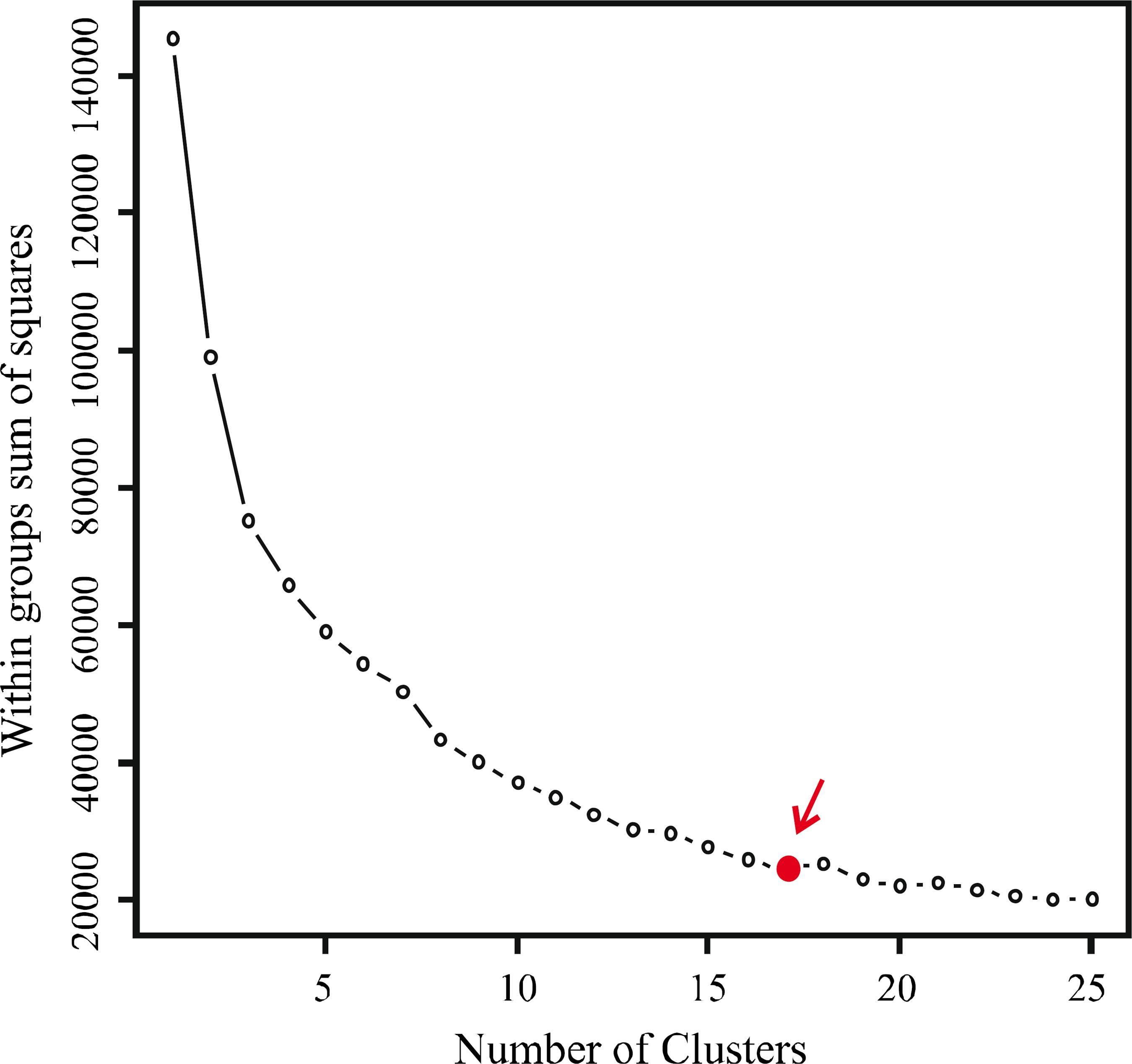 Figure 2   K-means clustering analysis for the 1st and 2nd components of PCA. Numbers represent different clusters. Grey and colored numbers represent the non-selected and selected groups, respectively. Arrows indicate the projection of the traits onto the principal components dimension and their relationships with differences between and within groups

Table 1   Distribution of cassava accessions based on genotypic values predicted by best linear unbiased predictor (BLUP), through the analysis of 12 agronomic traits and disease resistance

Table 2   Variation of agronomic traits present in clusters formed by K-means analysis, based on the analysis of genotypic values obtained by best linear unbiased predictor (BLUP) in cassava accessions

Table 3   Variation of agronomic traits and disease resistance present in clusters formed by K-means analysis, based on the analysis of genotypic values obtained by best linear unbiased predictor (BLUP) in cassava accessions