BACKGROUND: One of the greatest challenges of portal hypertension treatment is the approach of severe variceal intestinal bleeding. The purpose of this article is to present subtotal splenectomy and splenorenal shunt as a new treatment of severe bleeding from a Roux en Y jejunal loop varices secondary to portal hypertension. TECHNIQUE: A 64-year-old white woman presented severe episodes of bleeding from varices inside a Roux en Y jejunal loop as a complication of cirrhosis due to bile duct injury. The treatment included subtotal splenectomy with preservation of the upper splenic pole supplied only by the splenogastric vessels combined with an end-to-side central splenorenal shunt. RESULTS: This procedure was safely performed with minor bleeding and no major technical difficulties or complications. A 30-month-post-operative-follow-up has been uneventful. No rebleeding occurred during this period and she returned to her normal life. CONCLUSION: Subtotal splenectomy combined with central splenorenal shunt seems to be a good option for the treatment of severe intestinal bleedings due to portal hypertension. 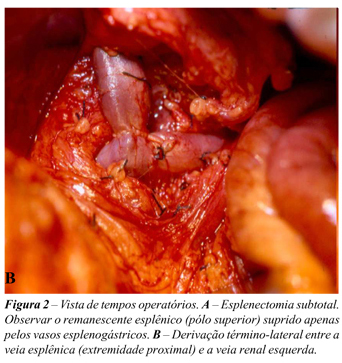 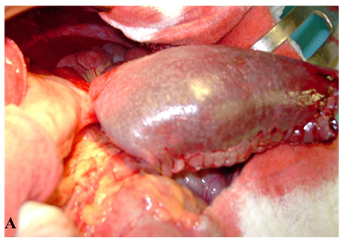