Human rabies in Brazil: a descriptive study, 2000-2017* * Article derived from the Master’s Degree thesis “Epidemiological Profile of Human Rabies in Brazil, 2000-2017”, defended by Alexander Vargas at the Postgraduate Program in Public Health of the Universidade de Brasília on 13 July 2018.

to describe the epidemiological profile of human rabies in Brazil.

this is a descriptive study of human rabies cases reported in 2000-2017, with an estimate of incidence and spatial distribution.

human rabies incidence reduced and its epidemiological profile changed, with predominance of cases transmitted by bats; we suggest that secondary cases be investigated, and that pre-exposure prophylaxis be made available to populations at greater risk of accidents involving bats. 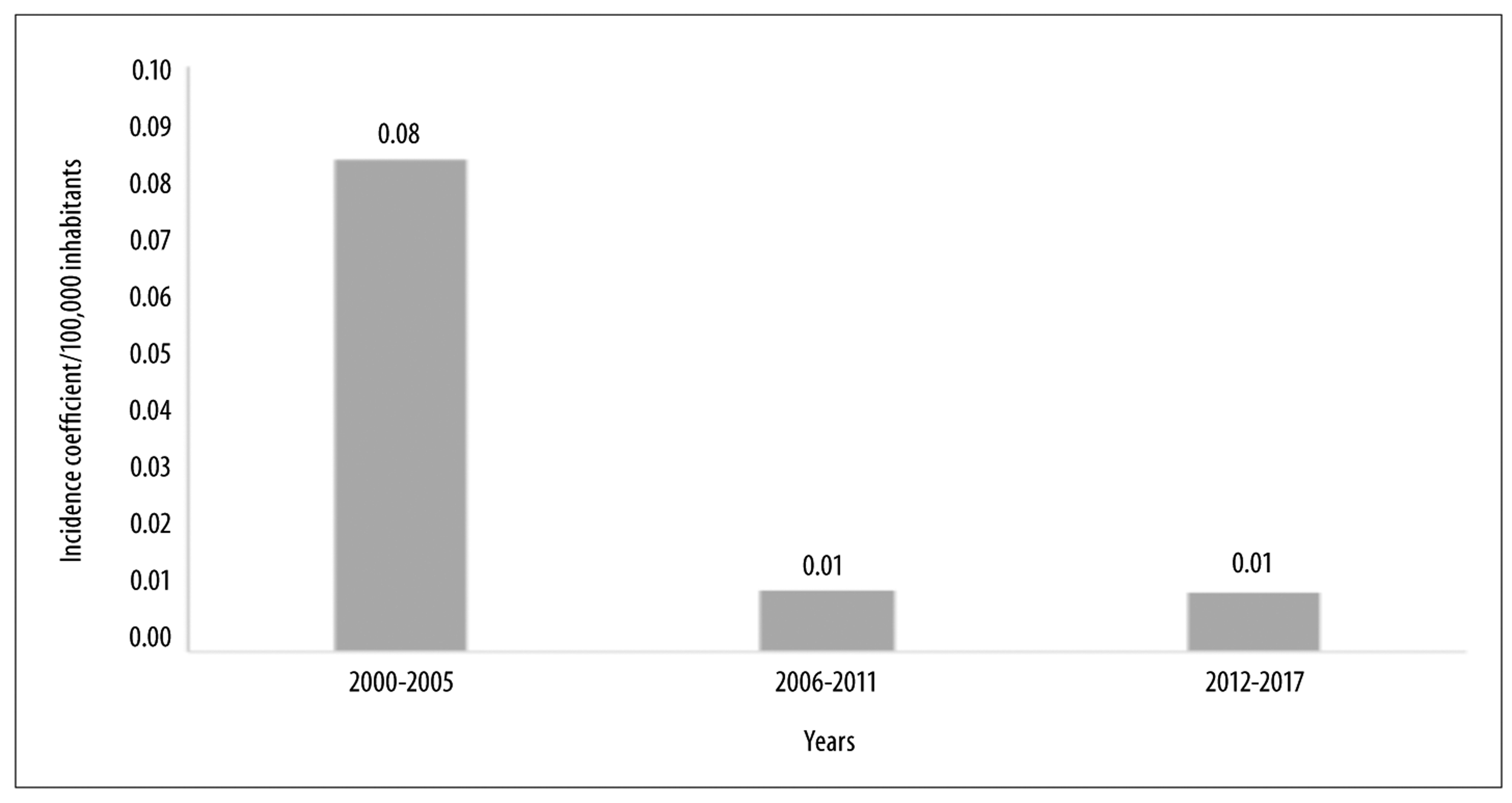