The prevalence of hepatitis B and hepatitis C and risk behaviors among 402 female sex workers in Central Brazil were investigated by respondent-driven sampling.

Blood samples were tested for hepatitis B and C markers by enzyme-linked immunosorbent assay. Two hepatitis B vaccination schedules were performed.

The prevalence of hepatitis B and C infections were 9.3% and 0.5%, respectively. Susceptibility to hepatitis B infection was observed in 61.5% of subjects. There was no significant difference in adherence index (p=0.52) between vaccination schedules and all participants had protective antibody titers.

This hard-to-reach population requires hepatitis B and C surveillance.

Additionally, multiple studies on the sexual transmission of HCV have reported associations with STIs33. Cavalheiro NP. Sexual transmission of hepatitis C. Rev Inst Med Trop Sao Paulo. 2007;49(5):271-7.. Different from the general population, female sex workers (FSWs) who engage in unprotected sex may be at increased risks for STIs, which may upregulate HCV in the genital tract. In previous studies of FSWs, sexual transmission of HCV was proposed to play an important role in infection, and evidence suggested that sexual transmission may be the second most frequent risk factor for HCV infection44. Kweon SS, Shin MH, Song HJ, Jeon DY, Choi JS. Seroprevalence and risk factors for hepatitis C virus infection among female commercial sex workers in South Korea who are not intravenous drug users. Am J Trop Med Hyg. 2006;74(6):1117-21..

Prostitution in Brazil is a professional activity recognized by the Ministry of Labour, which has no legal restrictions if practiced by adults. Clients and persons involved in adult prostitution do not incur penalties for their participation. However, promoting prostitution and hiring women to work as prostitutes are crimes punishable by imprisonment. Considering that hard-to-reach populations such as FSWs are a highly vulnerable group in the scope of the hepatitis B and C epidemic, this study aimed to assess the prevalence these infections and determine the main HCV and HBV genotypes circulating among FSWs from the Midwestern region of Brazil.

Between September 2009 and March 2010, a total of 402 FSWs from Campo Grande, Midwestern region of Brazil, were recruited. The prostitution environments used were local public (square, parks, gardens, streets, avenues, etc.) and private (saunas, nightclubs, brothels, etc.) venues. For data collection, a respondent-driven sampling (RDS) technique was used. RDS is based on participant indication of peers and has been recommended for the recruitment of hidden populations such as FSWs55. Heckathorn DD. Respondent-driven sampling. II: Deriving valid population estimates from chain-referral samples of hidden populations. Soc Probl. 2002;49(1):11-34.. Informed consent, obtained prior to enrolling the FSW into the study, was written and signed. Every FSW contacted participated on the basis of voluntary attendance and was interviewed privately by trained members of the research team, and their anonymity was guaranteed. Blood samples were collected from all participants and sera was stored until use.

The present study was approved by the Human and Animal Research Ethics Committee of the Federal University of Mato Grosso do Sul (protocol number 1613/2009).

Two vaccination schedules were performed: accelerated (0, 1, and 2 months) and conventional (0, 1, and 6 months) vaccination against hepatitis B in FSWs. Participants with no HBV markers (susceptible) and women positive for total hepatitis B core antibody (anti-HBc) alone were included in the vaccination schedule. The recombinant Butang® vaccine, produced in Brazil by Instituto Butantan-SP, was used. After 30 days from the date of the third dose, a new blood sample (serum) was collected from participants who completed the vaccination regimens in order to determine if the hepatitis B surface antibody (anti-HBs) marker titer was greater than or equal to 10mIU/mL.

After adjustment in the Respondent-Driven Sampling Analysis Tool (RDSAT), the prevalence of HBV infection was 9.3% (95% CI: 5.3-13.9) and only one (0.7%) sample was positive for HBsAg/total anti-HBc (Table 1) (Figure 1). The HBsAg-positive sample was negative for both anti-HBc IgM and HBeAg and for hepatitis B virus deoxyribonucleic acid (HBV DNA). The adjusted global prevalence for hepatitis B virus in this study was higher than that reported in blood donors in the same city (3.04%; 95% CI 2.7-3.4) and in the general population of the Midwestern region88. Pereira LMMB, Martelli CMT, Merchán-Hamann E, Montarroyos UR, Braga MC, de Lima MLC, et al. Population-based multicentric survey of hepatitis B infection and risk factor differences among three regions in Brazil. Am J Trop Med Hyg . 2009;81(2):240-7.. Because it is considered an STI, the risk of acquiring hepatitis B is associated with factors including the number of sexual partners and a history of STI. In the present study, the participants reported high numbers of commercial sex partners over the last seven days (median: 11 partners) and irregular condom use with a client in the last 30 days (87.7%). The importance of sexual behaviors in the context of hepatitis B assumes a primordial dimension, considering the importance of unprotected sex in the risk of acquisition of HBV and other STIs11. Schuelter-Trevisol F, Custódio G, Silva ACB, Oliveira MB, Wolfart A, Trevisol DJ. HIV, hepatitis B and C, and syphilis prevalence and coinfection among sex workers in Southern Brazil. Rev Soc Bras Med Trop. 2013;46(4):493-7..

Isolated anti-HBs, a marker of immune response to the HBV vaccine, was present in only 29.6%; in addition, 61.4% of the FSWs were susceptible to HBV infection. Although the hepatitis B vaccine was incorporated in the immunization schedule in Brazil in 1998, coverage is inadequate in this population.

In order to assess hepatitis B vaccine compliance and response, FSWs with no marker for HBV (susceptible) and with total anti-HBc alone were included in the vaccination schemes, a total of 256 participants (Figure 2). No significant difference was observed in adherence index (p = 0.52) between the accelerated and conventional vaccine regimens. The low vaccine adherence was directly related to the mobility of these professionals. Many of them change their city and place of prostitution or stop working, which makes follow-up difficult. Although the two schemes offer similar adherence, the accelerated scheme (0, 1, and 2 months) is easier to offer and provides protection in a shorter period of time. All of the participants responded with anti-HBs-protective titers in the two schemes offered.

Two of the 402 FSWs tested were positive for anti-HCV, resulting in an overall HCV exposure prevalence of 0.5% (95% CI: 0.3-0.7). This prevalence was lower than that observed in a population-based study in Brazil99. Ministério da Saúde (MS). Boletim Epidemiológico de Hepatites virais. Brasília: MS; 2010. [citado em 1 de abril de 2017. Disponível em: Disponível em: http://www.aids.gov.br/publicacao/boletim-epidemiologico-das-hepatites-virais-2010
http://www.aids.gov.br/publicacao/boleti... and was similar to the prevalence (0.17%) among blood donors in Campo Grande, MS1010. Aguilar MS, Cosson C, Loureiro CL, Devesa M, Martínez J, Villegas L, et al. Prevalence of infection with hepatitis C virus in Venezuela, as assessed with an immuno-assay based on synthetic peptides. Ann Trop Med Parasitol. 2001;95(2):187-95.. Although parenteral exposure is the main route of HCV transmission, mainly among injectable drug users, only five FSWs in our study reported injection drug use, none of whom were infected with HCV. This may be one reason for the low prevalence, in contrast to the high prevalence in other studies1111. Inciardi JA, Surratt HL, Kurtz SP. HIV, HBV, and HCV infections among drug-involved, inner-city, street sex workers in Miami, Florida. AIDS Behav. 2006;10(2):139-47.. The HCV RNA levels of the two anti-HCV-positive participants were 6.8 log and 6.4 log IU/mL, respectively. In addition, HCV genotypes 1 and 3 were detected, which were the most prevalent genotypes reported in blood donors from the same region1212. Martins RMB, Teles SA, Freitas NR, Motta-Castro ARC, Souto FJD, Mussi A, et al. Distribution of hepatitis C virus genotypes among blood donors from mid-west region of Brazil. Rev Inst Med Trop Sao Paulo . 2006;48(1):53-5..

The education and socio-economic levels reported by the study participants were low, similar to the observations of another study in Brazil of FSWs1313. Pando MA, Berini C, Bibini M, Fernández M, Reinaga E, Maulen S, et al. Prevalence of HIV and other sexually transmitted infections among female commercial sex workers in Argentina. Am J Trop Med Hyg . 2006;74(2):233-8.; these characteristics were associated with unemployment, poverty, lack of resources, and social stigma which led women to commercial sex work.

In this study, a significant proportion of women reported consuming alcohol daily and use of illegal drugs, mainly marijuana and/or cocaine. The high alcohol consumption rate may be related to a need to stimulate client consumption as a way to increase profits for the FSWs or their bookies. This consumption may also be related to difficulties inherent to prostitution, which may be more easily confronted with the use of substances with disinhibiting effects, such as alcohol or other illicit drugs1414. Passos ADC, Figueiredo JFC. Fatores de risco para doenças sexualmente transmissíveis entre prostitutas e travestis de Ribeirão Preto (SP), Brasil. Rev Panam Salud Publica. 2004;16(2):95-101..

The majority of FSWs in our study reported using condoms with their clients. For some time in Brazil, the Ministry of Health, with the aid of the Department of Sexually Transmitted Disease/Acquired Immunodeficiency Syndrome (STD/AIDS)/Viral Hepatitis, has been systematically developing awareness campaigns for the use of condoms and distributing free condoms at health centers. As sex workers have increased exposure to sexually transmissible diseases, our results suggest that these campaigns may be influencing condom use in this population. In contrast, in relationships with a steady partner, condom use was neglected by 67.1% of the FSWs in this study. The emotional involvement and the degree of confidence may lead this group of women to value preventive measures less, thus increasing the potential for HBV and HCV infections1515. Nigro L, Larocca L, Celesia BM, Montineri A, Sjoberg J, Caltabiano E, et al. Prevalence of HIV and other sexually transmitted diseases among Colombian and Dominican female sex workers living in Catania, Eastern Sicily. J Immigr Minor Health. 2006;8(4):319-23..

Among those who were exposed to HCV, none reported injecting illicit drugs; tattoos or piercings; or blood transfusions before 1993, when serological screening for HCV in Brazilian blood banks became mandatory. Both HCV-infected participants revealed that they always used condoms with their clients, suggesting that sexual transmission was unlikely. Otherwise, the inconsistent use of condoms with a steady partner may be a likely route of infection.

Like most RDS research, this study was subject to possible methodological limitations regarding the data collection and analysis. The low prevalence of HCV exposure limited the ability to identify meaningful and statistically significant differences between groups due to inadequate statistical power. Face-to-face interviews may have provoked recall and social acceptability biases concerning confidentiality and/or intimate revelations. We minimized this limitation by using trained members of the research team as well as repeated assurances of confidentiality and the establishment of a rapport between participants and interviewers.

In conclusion, all participants responded with protective anti-HBs titers in the two schemes offered. However, the high susceptibility to HBV infection, as well as the low vaccine adherence and high rate of risky sexual practices, observed in the study population underscore the importance of improving awareness and facilitating hepatitis B vaccination in this population. Although the prevalence of HCV exposure among FSWs was not higher than that in the general population of the Midwestern region of Brazil, it should not be neglected. The numerous risky behaviors highlight the urgent need for preventive interventions to produce significant behavioral changes and reduce the rates of these infections among FSWs.

The authors would like to acknowledge the female sex workers of Campo Grande, MS, Brazil who consented to participate in this study. 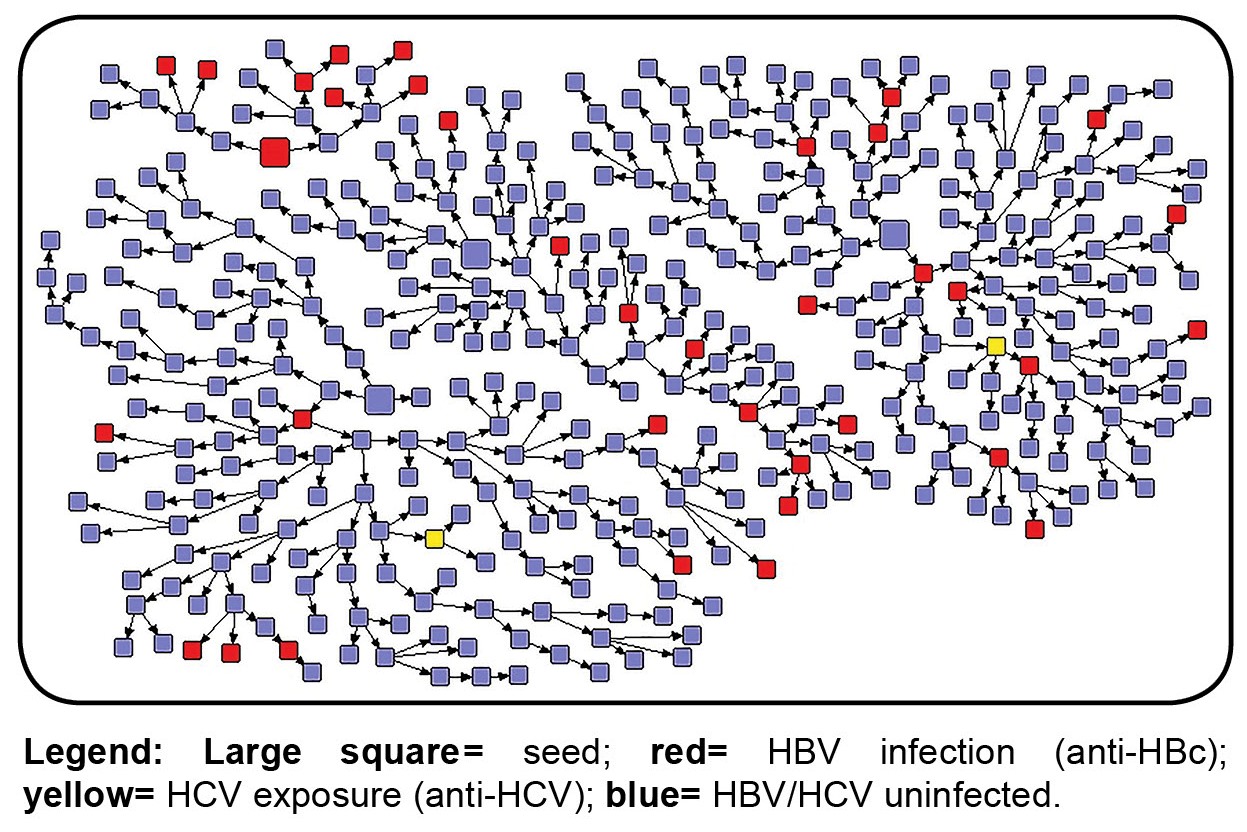 TABLE 1:   Prevalence of serological markers of HBV infection not adjusted and adjusted according to the RDSAT among Brazilian FSWs (n = 402).