Universal suffrage, but... only for men. Women’s vote in Brazil

The article aims at reconstructing the path towards the concession and expansion of political rights to women in Brazil. The focus relies on electoral rules and arguments used in deliberative contexts, which addressed women’s exercise of political rights. We sustain that, despite suffrage concession in 1932, political participation of married women was not guaranteed, because it remained dependent on husbands’ decisions for the following three decades. Full right to participate was only attained in 1965.

Research depicted the terms used in the debates about women’s suffrage held during the Constitutional Assemblies of 1824, 1891, 1934 and 1946, and used in bills that approached women’s political rights. In addition to that, practical outcomes of legislation were evaluated, based on the compilation of official data about women’s electoral participation that stemmed from state electoral bulletins and TSE files.

Between 1932 and 1964, women were, in the mean, 34% of all registered voters. This means that, in general, for every two registered men, there was one woman in condition to exercise her right to vote. The fact that women without income were excused to vote secured to men the power to decide if their wives would exercise women’s political right. The rule was intentionally established to uphold male authority, engendering gender political inequality.

Traditionally, analysis about the extension of citizenship in Brazil favored social cleavages and assumed that suffrage expansion resulted from the inclusion of the poorest. This article adds to debate, drawing attention to gender cleavage. This was as much or more important than class in the process of expanding suffrage in Brazil. 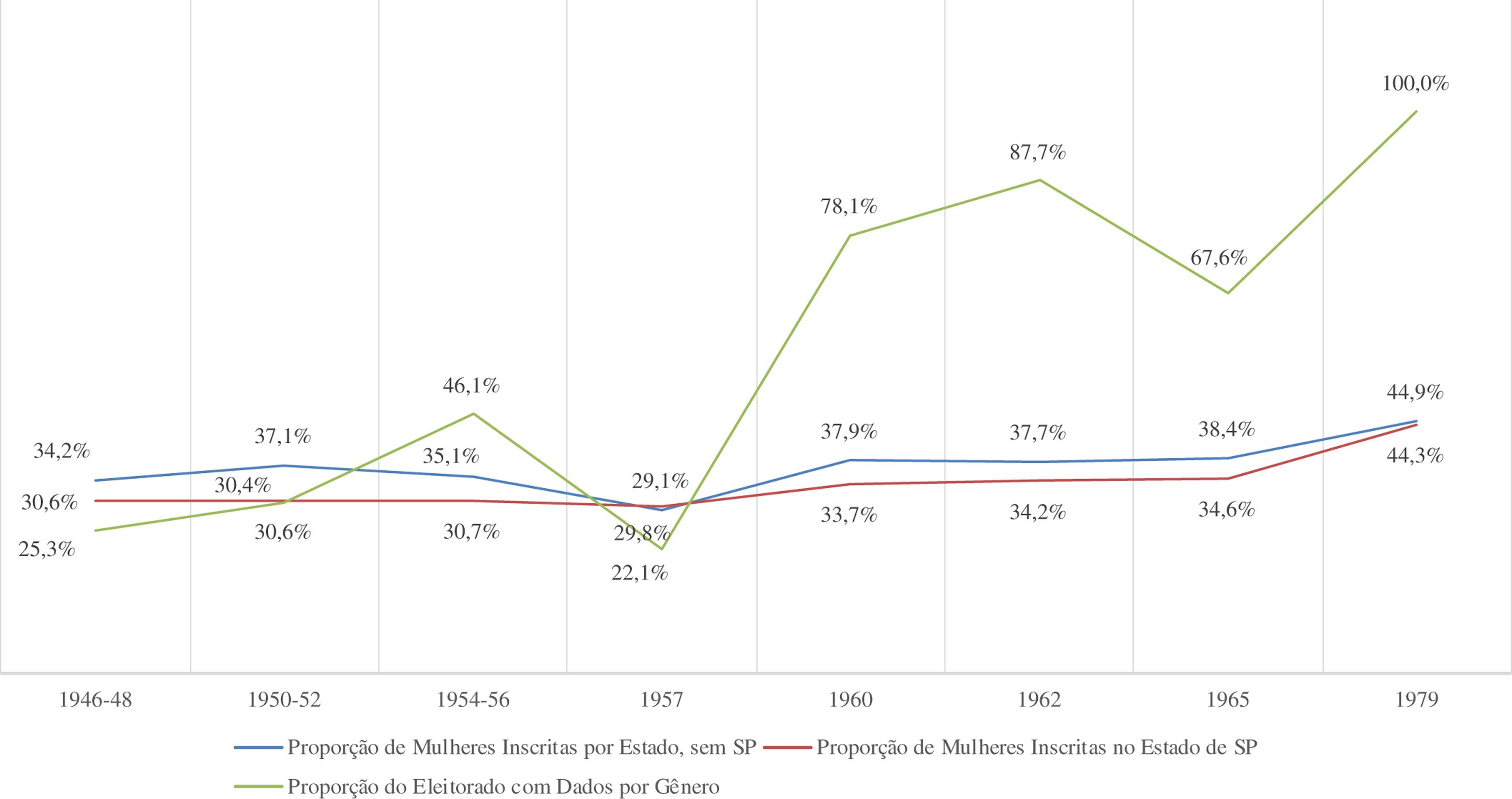