Amateur Theatre in Rio de Janeiro: Dramatic Associativism in the Construction of Citizenship

Between 1861 and 1930, there were 196 active amateur dramatic associations in Rio de Janeiro, which were named societies, guilds, clubs or groups. This article intends to analyze them as associative forms of expression that struggled to obtain some sort of recognition, better schooling, urban, social or work-related improvements, or that exercised entertainment practices in the construction and affirmation of their citizenship within the daily life of the capital city. Scattered throughout the city, they were composed of blue-collar workers, public servants, soldiers, lawyers, numbers game financial controllers; individuals who were parts of different social groups and who had very distincts goals, but one common practice: to make and watch the theater. 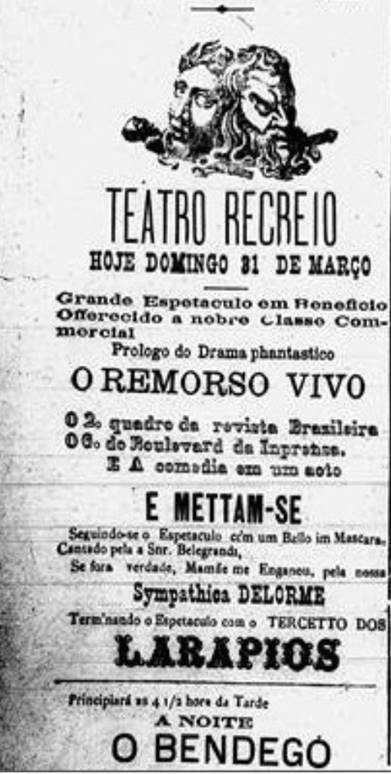