The dermoscopic criteria of extrafacial melanomas are well-known.

To determine the frequency of dermatoscopic findings in head and neck melanomas (HNM) and to assess the distinguishing dermoscopic criteria of facial and extrafacial melanoma.

HNM has specific dermoscopic features, and classical extrafacial dermoscopic rules are less useful for diagnosis of facial melanoma. In our study, further characteristic dermatoscopic findings were detected in facial melanoma such as low frequencies of irregular dots, 2 or fewer colors in lesions, the presence of pseudonetwork, increased density of the vascular network, red rhomboidal structures, in addition to dermatoscopic findings of extrafacial melanoma. Thus, it is concluded that the prediction and identification of HNM may be evident with the help of these signs.

Cutaneous melanoma is an aggressive malignant tumor of melanocytes, accounting for 5% of all skin cancer and 65% of skin cancer deaths.11 Alex JC. The diagnosis and management of cutaneous melanoma of the head and neck, Presentation and Handout, Annual Meeting. American Academy of Otolaryngology Head and Neck Surgery: New Orleans; 1999.Incidence rates are increasing by 5% each year. It has been estimated that 20% of melanomas arise from the head and neck region, of which 70-90% occur in the facial region, 7% in the neck, 7% in the external ear, and 3% in the scalp.22 Bodenham DC. Malignant melanoma of the head and neck. Excerpta Medica. 1975:85-91.,33 Barnes L. Surgical Pathology of the Head and Neck. 2nd ed. Vol. 3, Skin lesions of the head and neck. New York: Marcel Dekker; 2001. p. 1819-24. Melanomas of the head and neck affect more men than women, unlike melanomas on other sites.44 Franklin JD, Reynolds VH, Bowers DG Jr, Lynch JB. Cutaneous melanoma of the head and neck. Clin Plast Surg. 1976;3:413-27. Head and neck melanomas (HNM) have a poorer prognosis than melanomas of the trunk and extremities. The estimated five-year overall survival rate is reportedly 74% for head and neck melanomas, 84% for extremity melanoma and 82% for trunk melanoma.55 Fadaki N, Li R, Parrett B, Sanders G, Thummala S, Martineau L, et al. Is head and neck melanoma different from trunk and extremity melanomas with respect to sentinel lymph node status and clinical outcome? Ann Surg Oncol. 2013;20:3089-97.Prognosis for melanoma is dependent on the stage of disease. Since current therapies are not very effective at advanced stages, removal of the tumor at early stages with adequate surgical margins is valuable to patients with malignant melanoma. Hence, early detection of melanoma is critical in decreasing mortality rates and improving survival chances.

Dermoscopy is a noninvasive technique that helps distinguish melanomas from other pigmented and non-pigmented skin lesions. It provides information about skin structures in the epidermis, dermoepidermal junction and dermis via optical magnification and liquid immersion.66 Braun PR, Robinovitz SH, Oliviero M, Kopf WA, Saurat H-J, Thomas L. Dermoscopic Examination. In: Soyer HP, Argenziano G, Hofmann-Wellenhof R, Johr R, editors. Color Atlas of Melanocytic Lesions of the Skin. Berlin: Springer-Verlag; 2007. p. 7-22. Despite the advances in understanding of the dermoscopic features of extrafacial melanoma and their relationship to Breslow thickness, little is known about the dermoscopic features of HNM.

The aim of this study was to provide a baseline definition of melanoma patterns in the head and neck region, and compare the frequencies of dermoscopic findings across the histological subtypes of HNM.

The sample for this observational study consisted of 108 dermoscopic HNM images, captured with a Canon PowerShot A630 digital camera, equipped with a Dermlite Foto Dermascope. All dermoscopic images were evaluated by three observers. Clinical data, including sex, age, location of the lesion, skin type (ST) according to the Fitzpatrick scale, diameter and dermoscopic and histopathological findings were recorded for each participant.

SPSS 15.0 (SPSS Inc., Chicago, IL, U.S.A.) was used in the statistical analysis with a statistical significance of p <0.05. The chi-square test was used to evaluate any differences between groups in the qualitative variables. For correlations between variables, Spearman correlation coefficients were estimated.

The dermoscopic features observed in our series of 108 HNMs are shown in tables 1-2 and figures 1-3. In addition, the most frequent dermoscopic feature in 80 out of 108 (74.1%) HNMs was irregular dots, followed by asymmetry (63%).

Comparing all the histological types of HNM, pseudonetwork was a more common feature in LMM than in other groups, and there was a statistically significant difference between all the groups (p< 0.001). Furthermore, there was no statistically significant difference between histological subtypes of HNM in terms of irregular dots (p= 0.121).

Regarding the frequency of scar-like depigmentation in all lesions, it was significantly higher in nodular melanoma than in the other HNM (p= 0.032).

Among the Stolz criteria for follicular invasion, asymmetric pigmented follicular openings were the most common feature, present in 56 cases (51.9%), followed by rhomboidal structures in 32 cases (29.6%), annular-granular pattern in 20 cases (18.5%), and obliterated hair follicles in 9 cases (8.3%).

Comparison between invasive and in situ HNM showed that the number of colors was mostly ≥ 3 in invasive HNM (8 vs 32) (p= 0.042). Additionally, we found a positive correlation between the number of colors and Breslow thickness (p< 0.001, rs= + 0.385). However, blue-white veil, radial streaming, irregular dots, annular granular structure, black blotches, asymmetrical pigmented follicular openings, scar-like depigmentation, mixed vascular patterns and the presence of asymmetry were not statistically significant for in situ or invasive HNM.

Cutaneous melanomas in the head and neck reportedly have a poorer prognosis than those occurring in the trunk and extremities.55 Fadaki N, Li R, Parrett B, Sanders G, Thummala S, Martineau L, et al. Is head and neck melanoma different from trunk and extremity melanomas with respect to sentinel lymph node status and clinical outcome? Ann Surg Oncol. 2013;20:3089-97. Ettl et al. demonstrated that melanomas in the face region have a better prognosis than melanomas arising in the scalp, ear and neck, within the head and neck area.1010 Ettl T, Irga S, Müller S, Rohrmeier C, Reichert TE, Schreml S, et al. Value of anatomic site, histology and clinicopathological parameters for prediction of lymph node metastasis and overall survival in head and neck melanomas. J Craniomaxillofac Surg. 2014;42:e252-8. They suggested that the reason for better prognosis may be a predominance of lentigo maligna melanoma in the face region as well as the predominance of nodular melanoma in the scalp, ear and neck. A further reason they advanced was early detection of facial melanoma. This study is the first to include the Stolz and Pralong criteria to investigate dermoscopic characteristics, drawing on a large sample size. Our data substantiate the premise that the general dermoscopic features of trunk or extremity melanoma cannot be applied to facial localizations and suggest that familiarity with face-specific, dermoscopic hallmarks is needed to detect head and neck melanomas at early stages.

Stratum corneum of facial skin is thinner than that of the trunk and limbs, while pilosebaceous units and sweat glands are densely present in the facial skin. The thin epidermis allows blood vessels or melanophages to be observed more easily on facial skin than elsewhere on the extrafacial skin. In addition, the pseudonetwork and sun-damaged elastosis are often present. Facial nevi are usually characterized by unpigmented or poorly pigmented, elevated lesions, which correspond histopathologically to the dermal nevi. For similar reasons, specific dermoscopic features have been described for melanomas on the face.

The first change is regular/irregular, hyperpigmented follicular openings corresponding to the earliest invasion of the hair shaft histopathologically. Subsequently, the signet-ring-shaped structures (thickening of the hyperpigmented follicular openings) and annular-granular pattern (multiple, grey dots and globules around the pilo-sebaceous units) appear with further invasion. Furthermore, pigmented, rhomboidal structures (lozenge-shaped) are created in the perifollicular area while progressing. Finally, the follicular lumen is completely covered with uniformly pigmented areas.

In our study, the criteria of Stolz et al. were observed in LMM-in situ and LMM, of which asymmetric pigmented follicular openings was the most common (present in about 8 in 10 LMM or LMM-in situ cases). Hence, the presence of this feature identified by Stolz et al. should be investigated for early diagnosis of lentigo maligna melanoma, as recommended in the literature.1111 Stante M, Giorgi V, Stanganelli I, Alfaioli B, Carli P. Dermoscopy for early detection of facial lentigo maligna. Br J Dermatol. 2005;152:361-4.

Braun et al. demonstrated the importance of irregular dots when analyzing the dermoscopic granularity of extrafacial melanoma.1212 Braun RP, Gaide O, Oliviero M, Kopf AW, French LE, Saurat JH, et al. The significance of multiple blue-grey dots (granularity) for the dermoscopic diagnosis of melanoma. Br J Dermatol. 2007;157:907-13. According to their results, granularity was observed in 26.5% of benign lesions and 93.5% of melanomas, in extrafacial melanomas. Granularity located at the edge of lesions was linked to the diagnosis of melanoma on extrafacial skin. Foci of multiple blue or gray dots, often described as "pepper-like" granules, can appear as fine granules or as coarse granules. These dots were observed in 74.1% of cases, with no statistically significant difference between groups in our study. In accordance with the results, it appears that the frequencies of irregular dots in facial melanomas are lower than in extrafacial melanomas.

Pralong et al. described two new, vascularly linked dermoscopic features in LMM. An increased vascular network corresponds to in situ stages of LMM during a histopathologic analysis. Moreover, red rhomboidal structures, lozenge-shaped vascular structures in the perifollicular area, were correlated to tumor invasion in LMM. They found an increased density of the vascular network in 58% of LMM cases and red rhomboidal structures in 40% of LMM cases.88 Pralong P, Bathelier E, Dalle S, Poulalhon N, Debarbieux S, Thomas L. Dermoscopy of lentigo malignant melanoma: report of 125 cases. Br J Dermatol. 2012;167:280-7. In our case series, an increased density of the vascular network was present in 58.3% of LMM patients, while red rhomboidal structures were present in 33.3% of LMM patients. These data are similar to those reported by Pralong et al.. The detection of vascular characteristics may be helpful, particularly the general, pigmented, dermoscopic features are not present. Further studies on larger populations are needed to confirm these diagnostic, vascular, dermoscopic criteria.

Furthermore, classical extrafacial melanoma, vertical growth phase-associated, dermoscopic features were barely found: abrupt demarcation in 10% of cases, atypical pigment network in 24% of cases, blue-white veil in 18.5% of cases, radial streaming in 29.6% of cases, pseudopods in 7.4% of cases, and irregular blotches in only 7.4% of cases. These characteristics are associated with poor prognoses in patients with invasive melanomas.

Although there were no statistically significant differences as regards blue-white veils, radial streaming, irregular dots, annular granular structures, black blotches, asymmetrical, pigmented follicular openings, scar-like depigmentation, mixed vascular patterns and the presence of asymmetry between in situ and invasive melanomas, there was an association between the number of colors and Breslow thickness. Further prospective studies of a larger number of patients and of head and neck melanomas will provide more definite results. 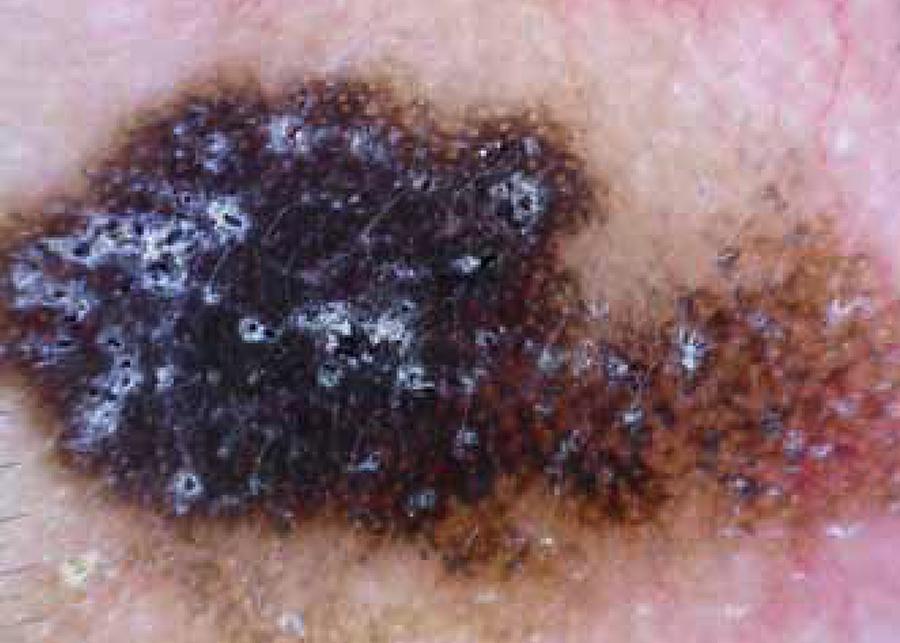 TABLE 2   Dermoscopic features according to the histological subtypes of melanoma