The quality of leisure spaces in contemporary urbanisation: the case of the suburs of Campinas, Brazil

The fast and unequal process of urbanisation in Brazil in the past fifty years has posed challenges to the implementation and management of leisure areas in low-income suburbs of cities. This paper aims to analyse and discuss how the public open spaces predicted in urban development projects in suburbanareas of the municipality of Campinas, in the state of São Paulo, were treated by the municipality between 1970 and 2010. In the case of spaces converted into leisure areas, the study sought to verify whethercertain attributes referenced in the literature were considered, analysing two territorial sections from two contrasting regions in terms of the socioeconomic configuration of their populations for subsequent comparison between them. The outcomes show that most of those public open spaces had not had any public interventions to transform them into leisure spaces. Moreover, there was a difference between the two regions in terms of the treatment given to the areas that received interventions. While in the northeastern region, predominantly occupied by a high-income population, the public leisure areas present less social accessibility and better landscape quality, while in the southeast, which is predominantly occupied by a low-income population, the leisure areas are more accessible and more cohesive, but are more ill-equipped and present lower landscaping quality. 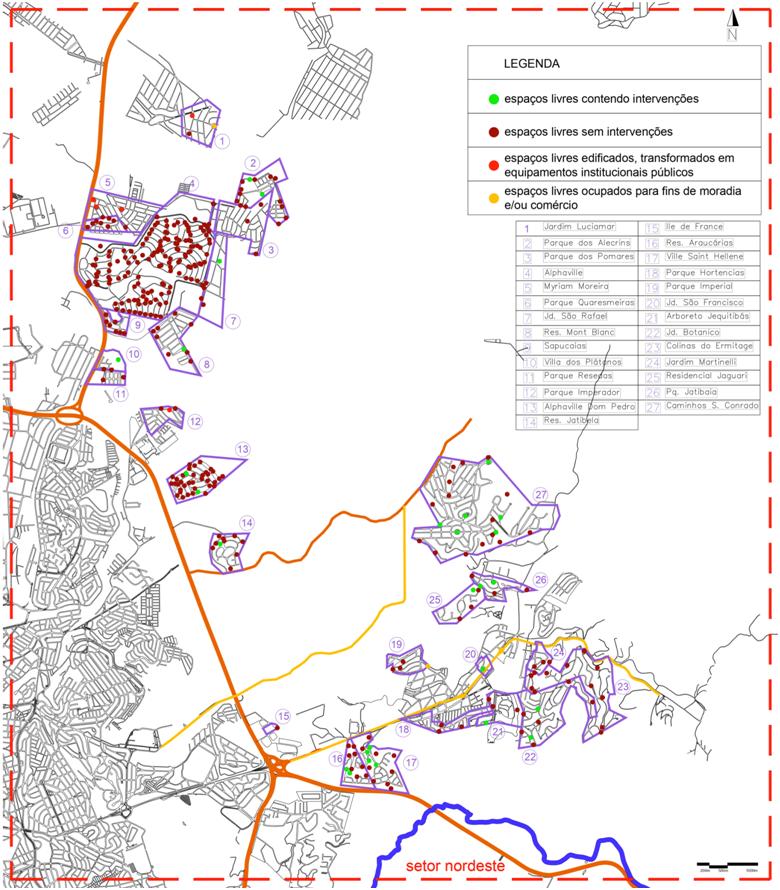 SciELO Analytics
Dimensions
Altmetric
Scite_
The quality of leisure spaces in contemporary urbanisation: the case of the suburs of Campinas, Brazil
PlumX