There are few studies about the consumption of medication by adults in Brazil. Therefore, the purpose of this research was to identify the profile of medication consumption and associated factors among adults aged 29 to 59 years old. This is a cross-sectional study. The sample included 374 individuals from the area of a family health unit in the city of Ponta Grossa, State of Paraná. The interviews were conducted from December 2006 to January 2007, with a 7-day recall. The medications were classified according to the Anatomical Therapeutic Chemical Classification. Qui-square test and logistic regression were used for statistical analysis. The prevalence of medication consumption was 67.1%. The use varied from 1 to 17 drugs. Analgesics were the therapeutic class most consumed. After multivariate analysis, the variables which remained significantly associated to use were: gender, self-perception of health, presence of chronic diseases, and access to a health plan. Commercial pharmacy was the main place for obtaining medicines (63.6%). The prevalence of medication consumption was similar to that found in national and international studies. The findings in this research may be a guide for the actions of family health teams. 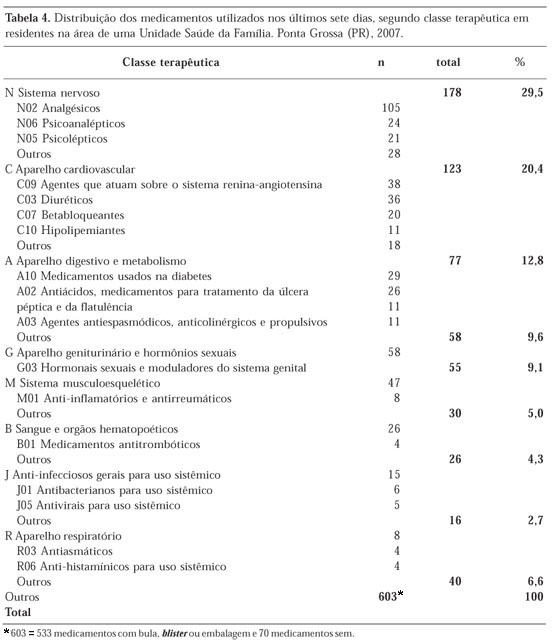