Rineloricaria langei and R. maacki, new species, are described from upper and middle regions of the rio Iguaçu basin, a left bank tributary of the rio Paraná basin, southern Brazil. Rineloricaria langei has narrow body and is similar to R. quadrensis, which is found in coastal rivers of Rio Grande do Sul State and is distinguishable by several morphometric characters. Rineloricaria maacki is distinguishable from all other congeners by the shape and extension of the naked area of the ventral region of pectoral girdle and other morphological characters. The presence of a naked region on the abdominal surface is shared with other species from the rio Paraná and rio Uruguay basins and coastal drainages from southeastern and southern Brazil. This may indicate a close phylogenetic relationship among these species. Similarities between the two new species and species from the aforementioned drainages also suggest close biogeographic relationship between the Paraná basin and other Brazilian coastal Atlantic drainages throughout the rio Iguaçu basin. 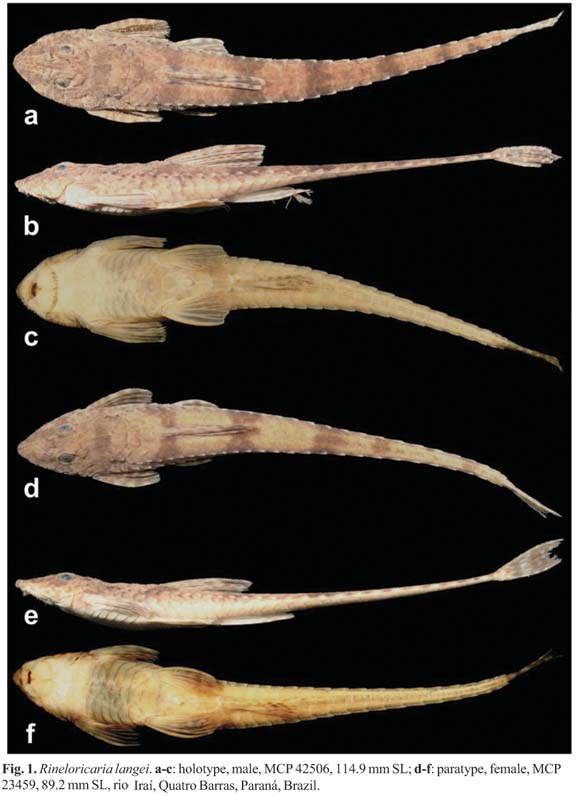