Percophis brasiliensis is a demersal species that constitutes an important resource of Argentine coastal fisheries. Nevertheless, information about bioenergetic dynamic of reproduction has not been reported. Therefore, seasonal variations of condition factors, biochemical composition and energy density of different tissues were analyzed in order to determine the strategy of energy allocation during the reproductive cycle of this species. Condition indices (hepatosomatic and K) showed a seasonal pattern opposite to that observed for gonadosomatic index, which was characterized by higher values during the reproductive period (spring-summer), decreasing at the end of spawning. Biochemical composition of different tissues also showed a clearly seasonality associated to reproductive cycle. Analysis of energy density variation of liver indicates that P. brasiliensis accumulate reserves in winter before reproduction, which later decrease during the spawning season. In contrast, the energy density in muscle did not show significant differences among seasons, indicating that individuals could be also using an external source of energy during spawning. Therefore, it is possible that P. brasiliensis respond to an intermediate strategy of energy allocation, combining characteristics of both capital breeders (stores energy previous to the onset of reproductive activity) and income breeders (acquire energy by active feeding during spawning period). 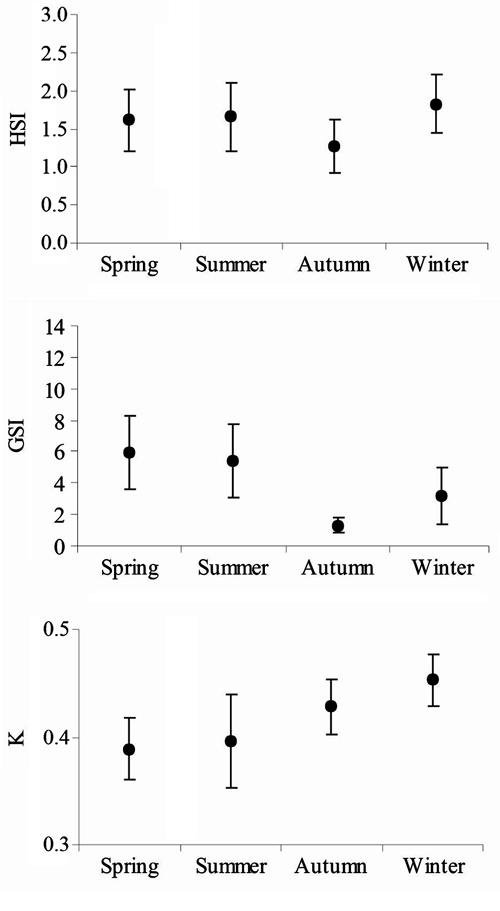 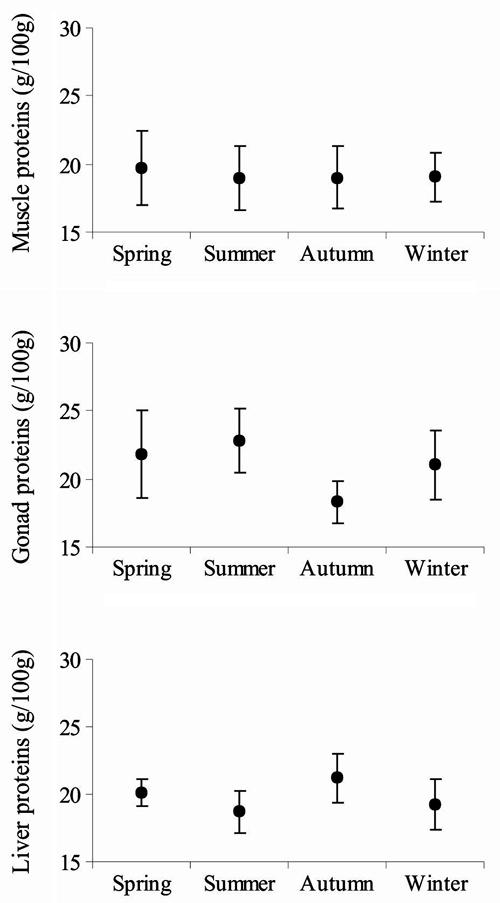 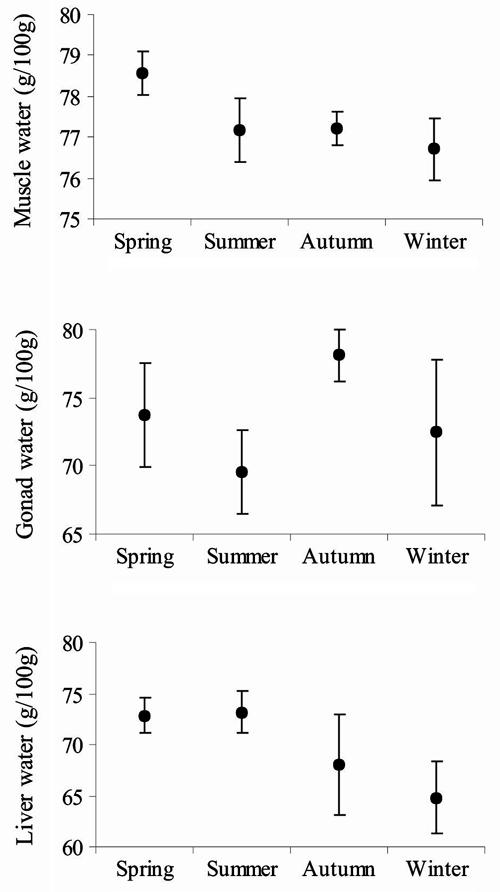 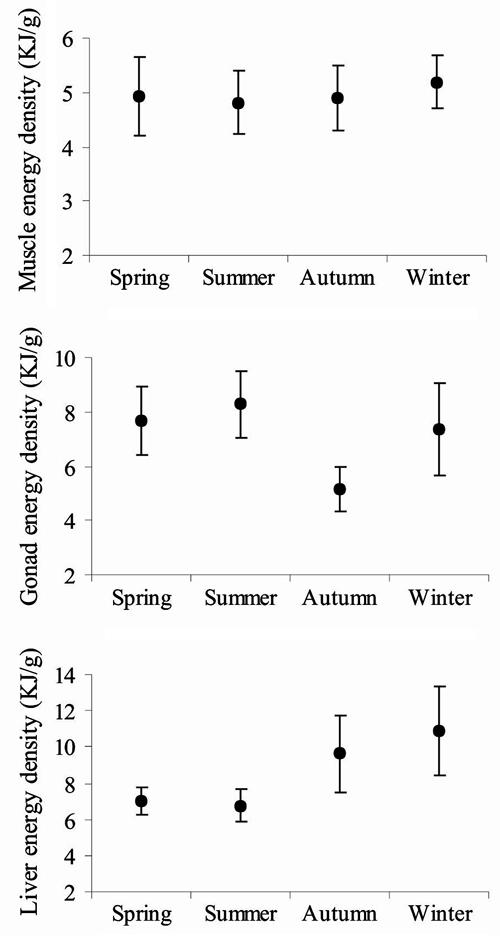