Due to rapid and continuous deforestation, recent bird surveys in the Atlantic Forest are following rapid assessment programs to accumulate significant amounts of data during short periods of time. During this study, two surveying methods were used to evaluate which technique rapidly accumulated most species (> 90% of the estimated empirical value) at lowland Atlantic Forests in the state of São Paulo, southeastern Brazil. Birds were counted during the 2008-2010 breeding seasons using 10-minute point counts and 10-species lists. Overall, point counting detected as many species as lists (79 vs. 83, respectively), and 88 points (14.7 h) detected 90% of the estimated species richness. Forty-one lists were insufficient to detect 90% of all species. However, lists accumulated species faster in a shorter time period, probably due to the nature of the point count method in which species detected while moving between points are not considered. Rapid assessment programs in these forests will rapidly detect more species using 10-species lists. Both methods shared 63% of all forest species, but this may be due to spatial and temporal mismatch between samplings of each method. 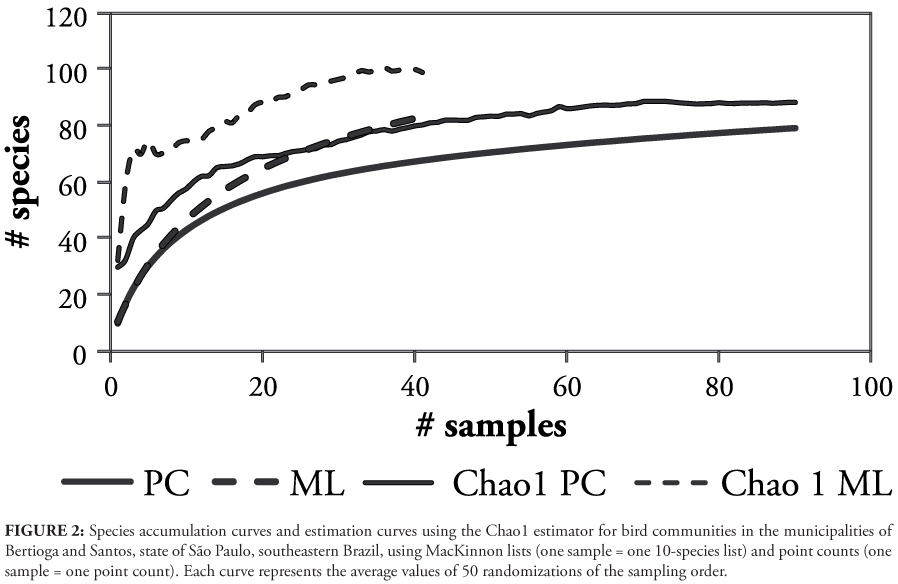 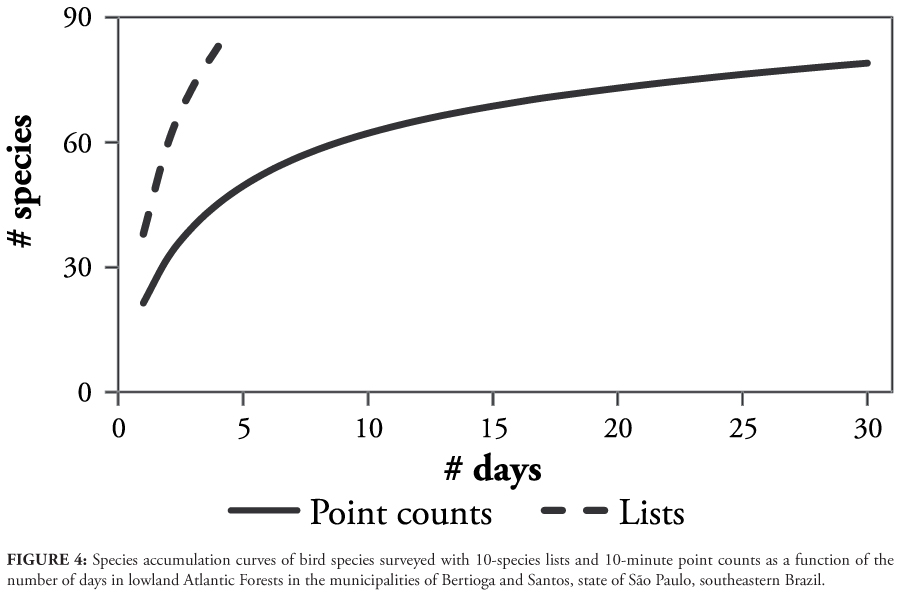