The Marpurg-Couperin matter: appropriation by means of translation and consequent authorship

This paper intends to discuss the notions of appropriation by means of translation from the analysis of eight excerpts contained in the Preparation to the first part of Die Kunst das Clavier zu spielen by Friedrich Wilhelm Marpurg. The Preparation of this piece of work is composed of 23 paragraphs, eight of which reflect ideas presented in a former production, L’Art de toucher le clavecin (1716), by François Couperin. The reflection of these ideas will be taken into account herein, by means of translation. The translated sections are increased, reduced, or suppressed. Such dynamics are acknowledged by Marpurg in the preface of two issues prior to 1762: the 1750 and 1751 editions. Regarding the discussions on appropriation, we have looked into what possibly would have led Marpurg to refrain from revering Couperin in the prefaces of later editions, which contributed, so that this appropriation - which also occurred, but not only through translation - could be related, in principle, to authorship. In this sense, with the reliance on scientific works on translation and appropriation, the notion of translation, appropriation and authorship have been discussed, and thereby tracing a dialogue with two fields of Translation Studies: comparative analysis and commented translation. 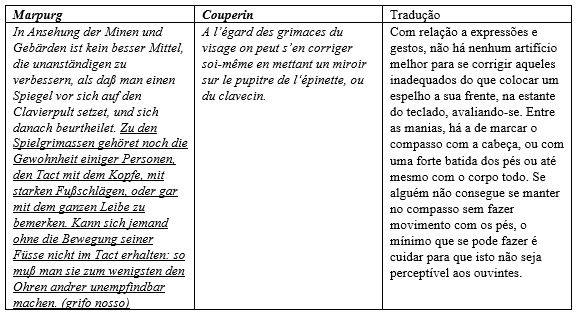 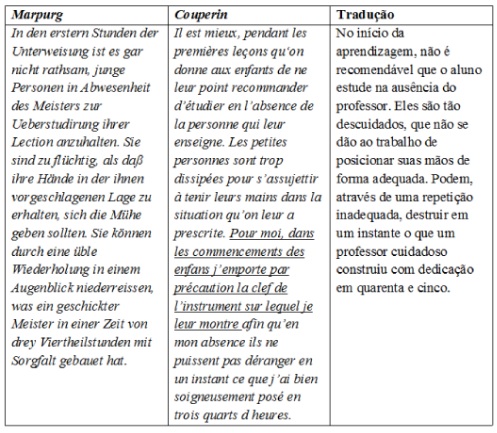 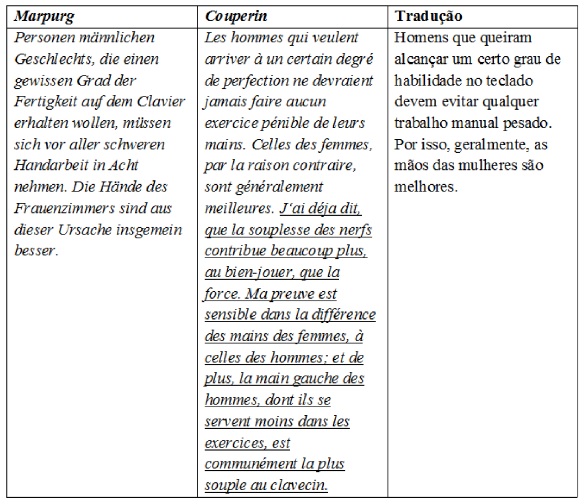