Anterior cruciate ligament (ACL) injuries are common in sports. Studies investigating injury mechanisms have demonstrated that most injuries arise from landing tasks. Despite the demonstration of differences between male and female kinematics, there are no studies showing how males behave during different landing tasks. The objective of this study was to compare the angular and temporal kinematics of the lower limbs between two different landing tasks. Double leg and single leg landings were recorded in the frontal and sagittal plane in 15 male volleyball athletes by videogrammetry. Reduced hip and knee flexion and increased knee valgus were observed in the single leg landing task compared to the double leg landing task. No significant difference in landing time was observed between the two tasks. In conclusion, the results support the premise that lower limb kinematics change according to the task performed. Further studies are necessary to explore the impact of these kinematic differences on knee loading and to relate them to ACL injury mechanisms in men. 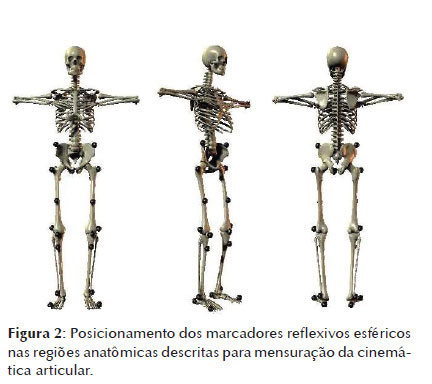