Grapevine decline and death caused by the pathogenic fungus Fusarium oxysporum f. sp. herbemontis is among the main phytosanitary problem for viticulture in southern Brazil. The eradication of infected plants is presently the most common procedure for disease control in vineyards. Inoculation with arbuscular mycorrhizal fungi is an option to reduce or neutralize the negative impacts of soil pathogenic microorganisms, but the mechanisms of plant response involved in this process are not yet completely elucidated. In order to better understand these mechanisms, an experiment was carried out to identify proteins related to plant defence induced by the mycorrhizal fungus after infection with the pathogenic fungus. We used the grapevine rootstocks SO4 and R110 (susceptible and resistant to the pathogenic fungus, respectively) inoculated or not inoculated with the mycorrhizal fungus Rhizophagus irregularis, and inoculated or not inoculated with Fusarium oxysporum f. sp. herbemontis. Growth of the rootstocks’ shoot and root and presence of pathogenic symptoms were evaluated. The protein profiles of roots were characterized by two-dimensional electrophoresis and proteins were identified using mass spectrometry. The grapevine rootstocks inoculated with R. irregularis had higher biomass production and lower level of pathogenic symptoms. The R110 rootstock differentially accumulated 73 proteins, while SO4 accumulated 59 proteins. Nine plant-defence proteins were expressed by SO4 rootstock, and six were expressed by R110 rootstock plants. The results confirm the effect of mycorrhizal fungi in plant growth promotion and their potential for biological control against soil pathogenic fungus. Protein expression is dependent on rootstock characteristics and on the combination of plant material with the fungi.

Figure 1   Representative image of 2DE gel showing the differentially accumulated proteins (red circles) between the SO4 and R110 grapevine rootstocks and between the control treatment (NM -FOH) and co-inoculation with the mycorrhizal fungus Rhizophagus irregularis and the pathogenic fungus Fusarium oxysporum f. sp. herbemontis (Myc +FOH). 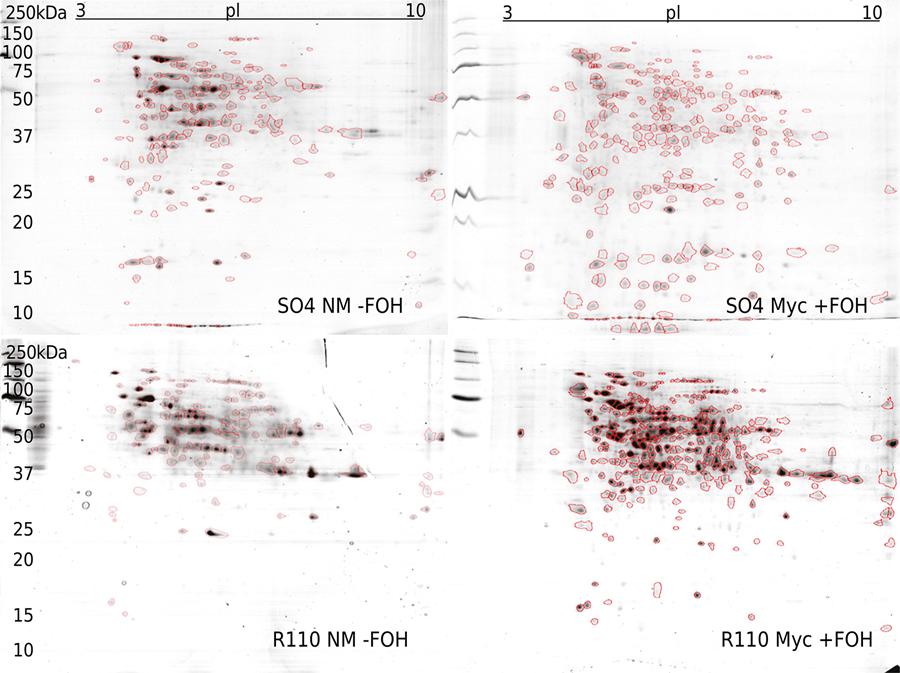 Table 2   Internal and external disease symptom index (1 to 5) in grapevine rootstocks SO4 and R110 inoculated (Myc) or not inoculated (NM) with the mycorrhizal fungus Rhizophagus irregularis 90 days after inoculation with the pathogenic fungus Fusarium oxysporum f. sp. herbemontis