Non-symbiotic diazotrophic bacteria (NSDB) influence plant growth through biological nitrogen fixation and also production and release of plant growth-regulating substances. The aim of this study was to evaluate the density and phenotypic diversity of this bacterial group in fragments of the "Reserva Biológica Serra dos Toledos" and surroundings, in Itajubá/MG. This reserve is located in the environmental protection area of Mantiqueira and represents an important recharge area and shelter for endemic flora and fauna. Topsoil samples were collected in areas with different slopes in the reserve and surroundings, at the end of the winter season (September/2006) and of the summer (April/2007). Population densities were evaluated by the Most-Probable-Number method (MPN) using the growth media NFb, JNFb and Fam for Azospirillum spp., Herbaspirillum spp. and A. amazonense, respectively, and a range of 0.12 to 75.60 (MPN x 10(5)) bacteria g-1 dry soil was observed. In September/2006, 172 isolates were obtained, of which 30 % had a similarity of at least 70 % with the reference strains. In April/2007, 174 isolates were obtained, in 55 % of which a similarity of at least 70 % was observed with the reference strains evaluated (Azospirillum brasilense, A. amazonense, A. lipoferum, Herbaspirillum seropedicae and Burkholderia brasilensis). The results based on salt tolerance of the isolates were not always similar to those related to phenotypic similarity of 70 % of the cultures; so salt tolerance is recommended for additional diversity studies on these NSDB. The NSDB are indicated for studies on quality and sustainability of ecosystems. However, despite the high bacteria population density and phenotypic diversity in soils of the reserve, higher values were observed in the neighboring areas, showing the positive effect of a grass cover, regardless of climatic variations. 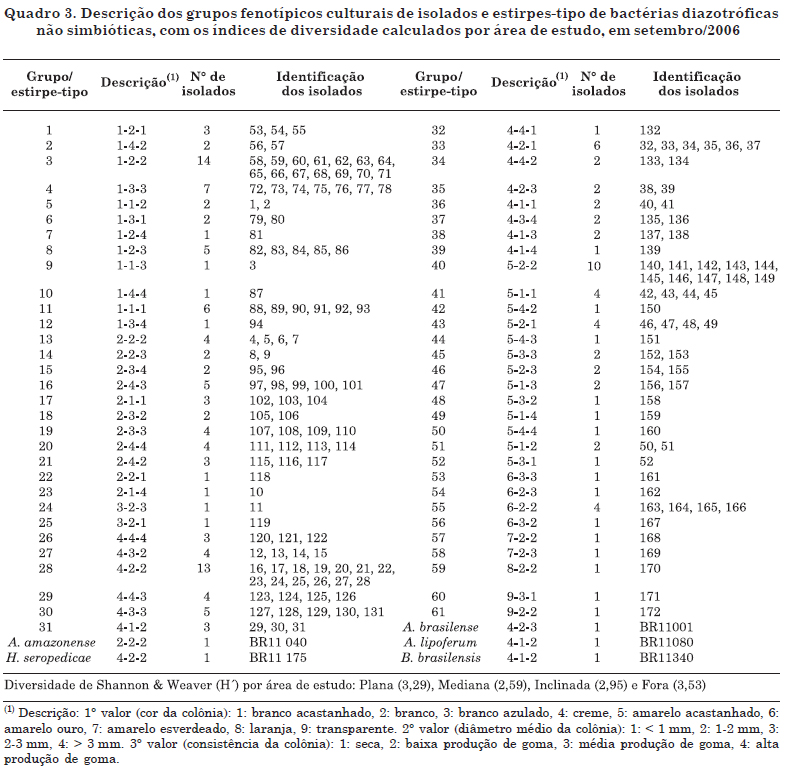 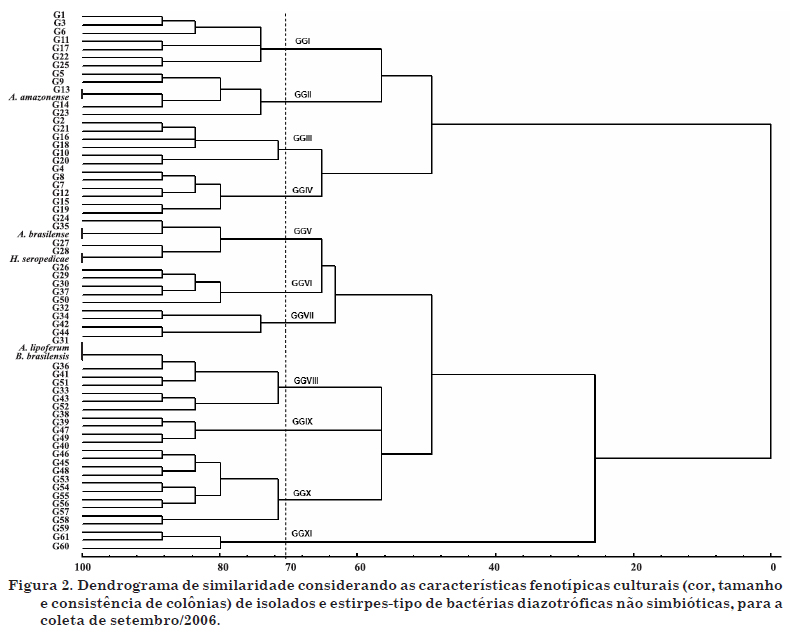 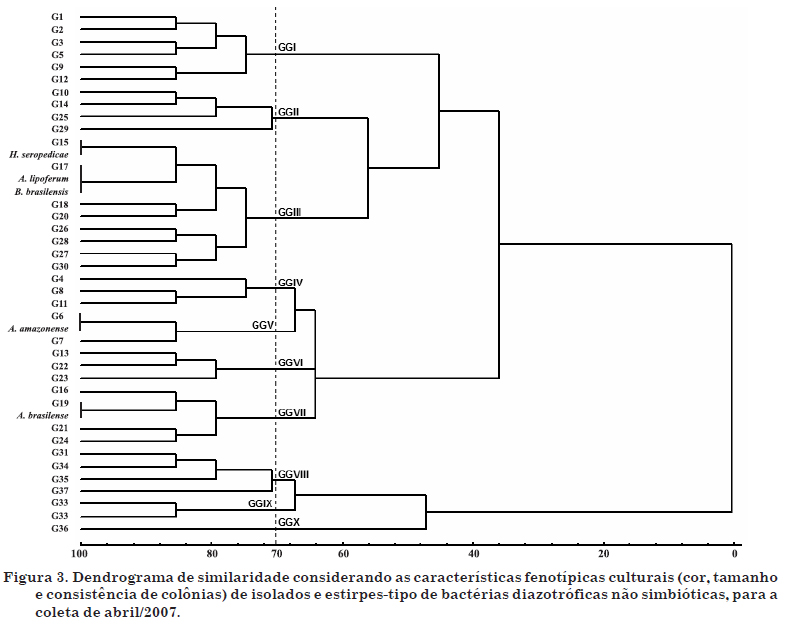 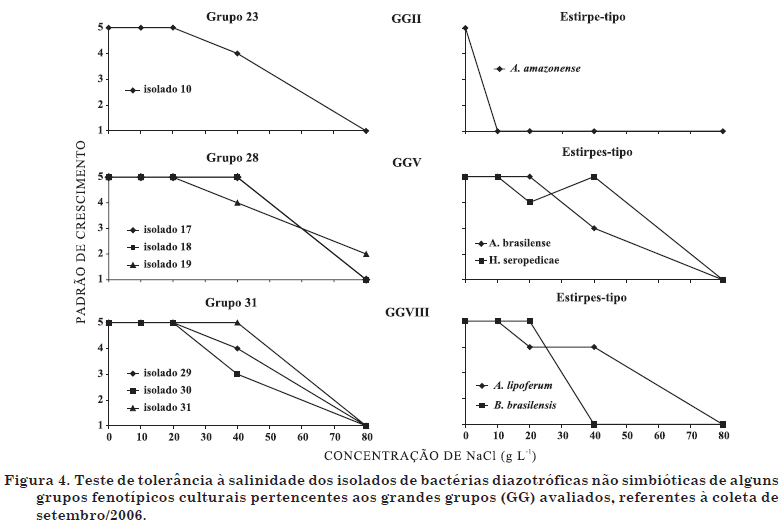 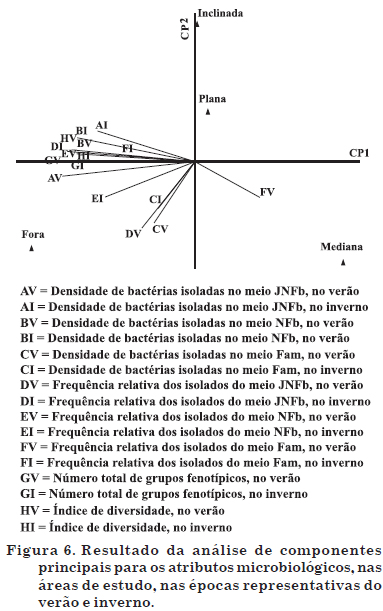