The heat island phenomenon (HI) in the city of Manaus was studied using the urban climate modeling with the Weather Research and Forecasting (WRF) model and meteorological weather station data. The surface temperature (ST) data from the environmental satellite MODIS Aqua, product MYD11A2 with a horizontal resolution of 1 km by 1 km for the period 2002 to 2012 were used to evaluate the urbanization process in Manaus city. A case study was conducted with the simulated ST and air temperature (AT) for the months of August and September 2009, which were compared respectively with the satellite data and meteorological weather station data. The spatial distribution of ST in the city was identified, and the ST differences between the urban and the forest areas and between the urban and river areas were quantified. The ST difference across the longitude bands 60,03° W to 59,97° W and across the latitude bands 3,09° S a −3,03° S were analyzed with WRF data and MODIS data. The intensity of the HI estimated with the AT from the model and the meteorological stations were on average respectively of 1,87 °C and 1,80 °C, consistent with previous results. Therefore, the simulated AT can be used to estimate the intensity of HI in Manaus. 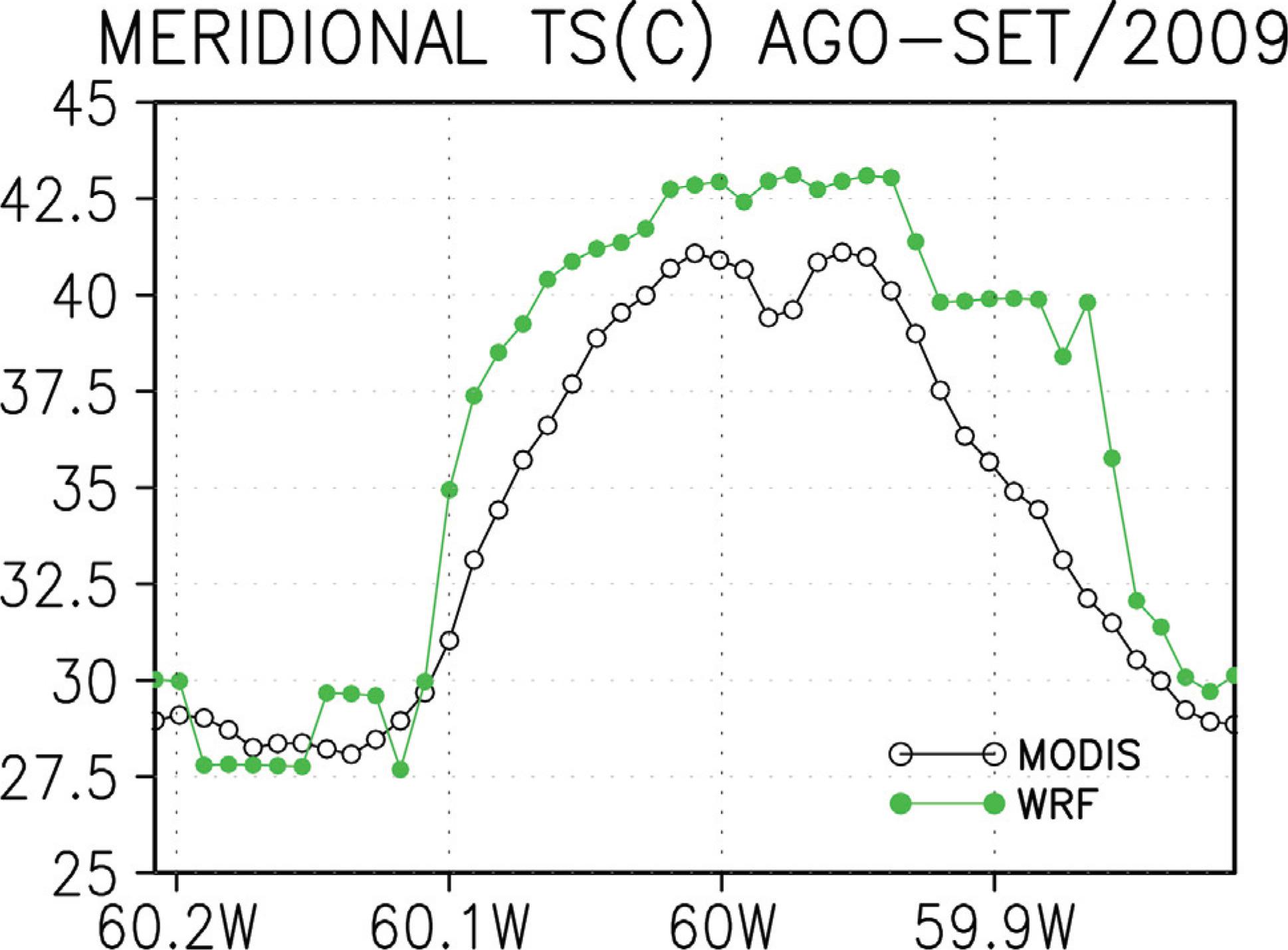