To investigate the kdr (knockdown resistance) resistance-associated gene mutation and determine its frequency in pyrethroid-resistant horn fly (Haematobia irritans) populations, a total of 1,804 horn flies of 37 different populations from all Brazilian regions (North, Northeast, Central-West, Southeast, and South) were molecular screened through polymerase chain reaction (PCR). The kdr gene was not detected in 87.08% of the flies. However, the gene was amplified in 12.92% of the flies, of which 11.70% were resistant heterozygous and 1.22% were resistant homozygous. Deviation from Hardy-Weinberg equilibrium (HWE) was found only in 1 ranch with an excess of heterozygous. When populations were grouped by region, three metapopulations showed significant deviations of HWE (Central-West population, South population and Southeast population). This indicates that populations are isolated one from another and kdr occurrence seems to be an independent effect probably reflecting the insecticide strategy used by each ranch. Although resistance to pyrethroids is disseminated throughout Brazil, only 48% of resistant populations had kdr flies, and the frequency of kdr individuals in each of these resistant populations was quite low. But this study shows that, with the apparent exception of the Northeast region, the kdr mechanism associated with pyrethroid resistance occurs all over Brazil. 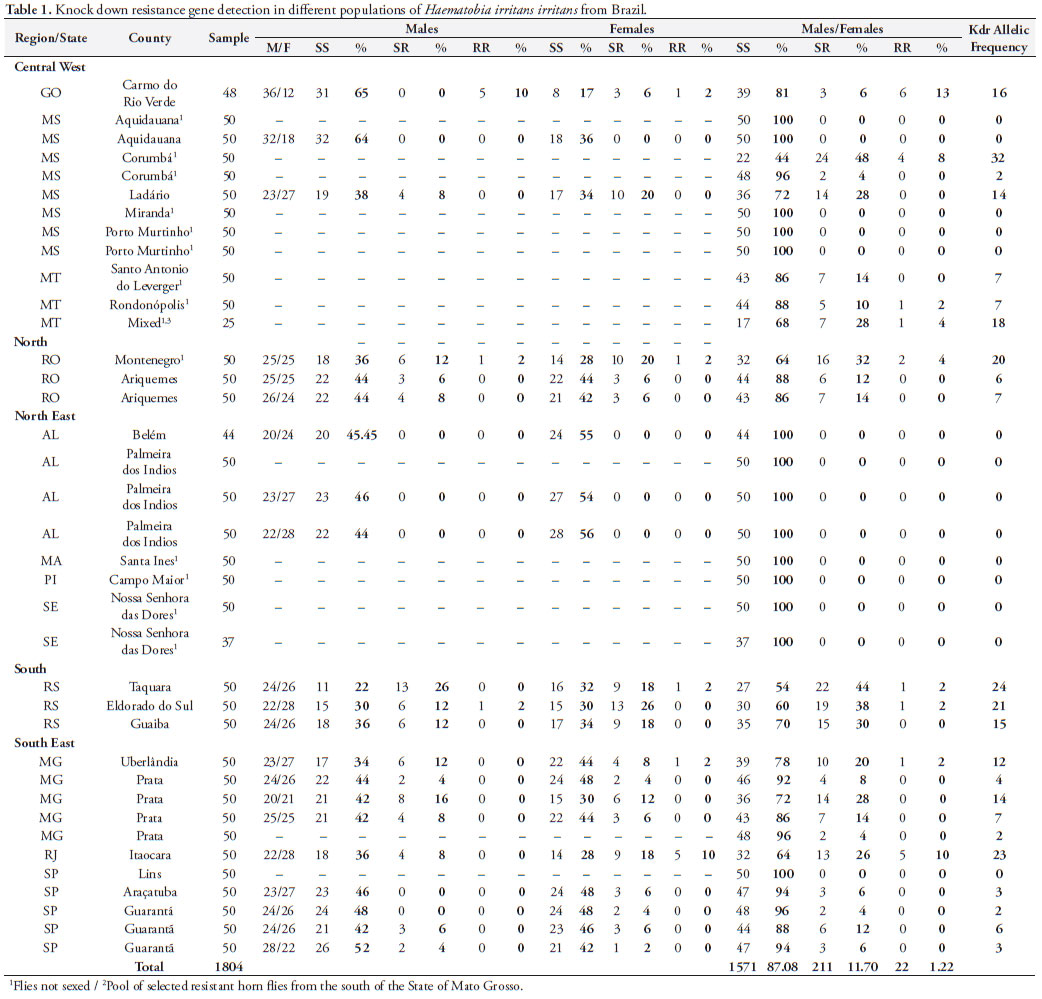