H1N1 Influenza virus and workers in swine farms: an overview

Given the global impact of the recent H1N1 virus epidemic, due to the occurrence of fatal cases of influenza and the public response to the outbreak, we reviewed the literature considering the possibility of contamination from swine to humans. Influenza is a viral disease that might be acquired through human contact with domesticated animals. Swines are important hosts of influenza virus H1N1 (swine-like influenza A) and susceptible to infections caused by influenza viruses from avian and human origin, and play an important role in interspecies transmission and in epidemiology of human influenza. The 2009 H1N1 Influenza epidemic represented a major challenge for public authorities and private health sector. By April 2010, a total of 89 million cases, with 403.000 cases of hospitalization and 18.300 deaths with 2009 H1N1 have been estimated worldwide. In the present post-pandemic period, the H1N1 virus circulates very likely as seasonal flu virus and causes local outbreaks, indicating yet significant levels of transmission. Among the measures of prevention, workers in swine farms are of concern because they are at high risk of a zoonotic influenza infection, as well as the community involved. 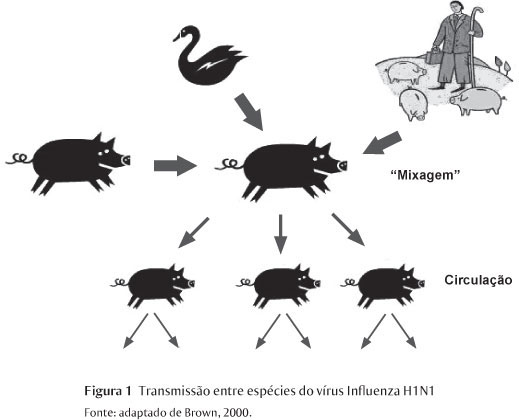 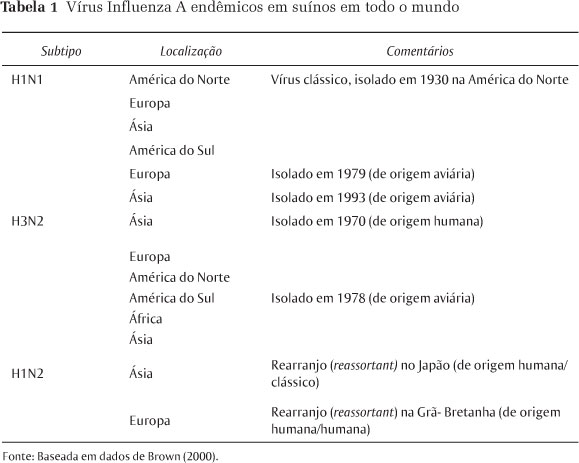