This study aimed to evaluate third generation biodiesel production by microalgae Phormidium autumnale using cassava processing wastewater as a platform. Experiments were performed in a heterotrophic bubble column bioreactor. The study focused on the evaluation of the bioreactor (batch and fed-batch) of different operational modes and the analysis of biofuel quality. Results indicate that fed-batch cultivations improved system performance, elevating biomass and oil productions to 12.0 g L−1 and 1.19 g L−1, respectively. The composition of this oil is predominantly saturated (60 %) and monounsaturated (39 %), resulting in a biodiesel that complys with U.S., European and Brazilian standards. The technological route developed indicates potential for sustainable production of bulk oil and biodiesel, through the minimization of water and chemical demands required to support such a process.

In addition, microalgae are considered to have the potential to be used as biocatalysts in an integrated bioprocess (Charpentier, 2005Charpentier, J.C. 2005. Process intensification by miniaturization. Chemical Engineering & Technology 107: 3-17.). According to Maroneze et al. (2014)Maroneze, M.M.; Menezes, C.R.; Barin, J.S.; Queiroz, M.I.; Zepka, L.Q.; Jacob-Lopes, E. 2014. Treatment of cattle-slaughterhouse wastewater and the reuse of sludge for biodiesel production by microalgal heterotrophic bioreactors. Scientia Agricola 71: 521-524., these features enable the use of agro-industrial waste as a carbon source, making it economically feasible while contributing to agroindustrial waste management.

Phormidium is a genus of filamentous, unbranched cyanobacteria, with filaments with a min diameter of 3-4 μ. Several species are known to live in extreme environments such as thermal springs, desert soils and polluted sites, which makes them robust and have simple nutritional requirements (Guiry and Guiry, 2015Guiry, M.D.; Guiry, G.M. 2015. Algae base: world-wide electronic publication. National University of Ireland, Galway. Available at: http://www.algaebase.org/ [Accessed Jun. 24, 2015]
http://www.algaebase.org/... ).

In this regard, this study aimed to evaluate third generation biodiesel production by microalgae Phormidium autumnale using cassava processing wastewater as a platform. The study focused on both the evaluation of different operational modes of a bioreactor (batch and fed-batch) and the analysis of biofuel quality.

Cassava wastewater from the flour industry (Garça, SP, Brazil) was used as a culture medium. Wastewater was collected on a monthly basis from the discharge point of the hydraulic pressing step (de-watering) for 12 months. Analyses for pH, chemical oxygen demand (COD), total nitrogen (N-TKN), total phosphorus (P-PO4–3), total solids (TS), suspended solids (SS) and volatile solids (VS) were performed following the Standard Methods for Examination of Water and Wastewater (APHA, 2005American Public Health Association [APHA]. 2005. Standard Methods for the Examination of Water and Wastewater. 20ed. APHA, Washington, DC, USA.). The results are shown in Table 1. The carbon/nitrogen ratio (C/N) and the nitrogen/phosphorous ratio (N/P) were calculated through COD, N-TKN and P-PO4–3 and adjusted with wastewater dilution in distilled water and ammonium nitrate to obtain the C/N ratio required.

Measurements were taken in a bubble column bioreactor. The system was made of borosilicate glass and had an external diameter of 12.5 cm and a height of 16 cm, resulting in a height/diameter (h/D) ratio equal to 1.28 and a nominal working volume of 2.0 L. The dispersion system of the reactor consisted of a 2.5 cm diameter air diffuser located inside the bioreactor. The airflow was monitored by a flow meter and the inlet of air and outlet of gases were filtered through filtering units made up of a polypropylene membrane with a pore diameter of 0.22 μm and total diameter of 50 mm. Two operational modes (batch and fed-batch) were considered in the experiments.

For batch cultivations, the bioreactor was fed with 2.0 L of previously sterilized cassava processing wastewater (15 psi/121 °C). The experimental conditions were as follows: initial cell concentration of 0.1 g L−1, pH adjusted to 7.6, temperature of 30 °C, C/N ratio of 68 (12.0 g L−1 of organic carbon), constant aeration of 1VVM (volume of air per volume of wastewater per minute), and absence of light.

The same experimental conditions were used in the fed-batch cultivations. For the fed-batch culture, the feeding strategy was based on use of the cassava processing wastewater and cassava starch as carbon sources. The feed was added in pulses, when organic carbon concentration reached 6.0 g L−1, with organic carbon content being adjusted to 12.0 g L−1. This procedure was repeated until the culture reached a stationary phase.

The experiments were performed twice, and in duplicate for each operational mode. Therefore, kinetic data refer to the mean value of four repetitions.

Samples of 20 mL were collected from the bioreactor aseptically in a laminar flow hood every 24 h during the growth phase of the microorganism. All analyses were performed twice, and in duplicate for each experimental condition.

Cell biomass was gravimetrically evaluated by filtering 10 mL of culture medium through a 0.45 μm membrane filter, drying at 60 °C until constant weight. Organic carbon concentration was expressed in terms of chemical oxygen demand (COD) and analyzed according to the closed reflux colorimetric method of Standard Methods for the Examination of Water and Wastewater (APHA, 2005American Public Health Association [APHA]. 2005. Standard Methods for the Examination of Water and Wastewater. 20ed. APHA, Washington, DC, USA.). The filtered fraction of the gravimetric procedure was used for the evaluation of organic carbon concentration. At the end of the process, the biomass was separated from the culture medium by decantation, followed by centrifugation, drying and milling.

Total lipid concentration of the biomass was determined gravimetrically by the modified Bligh and Dyer method (1959Bligh, E.G.; Dyer, J.W. 1959. A rapid method of total lipid extraction and purification. Canadian Journal of Biochemistry and Physiology 37: 911-917.), using the ratio between methanol, chloroform and distilled water of 2:1:0.8 (v/v/v). The method of Hartman and Lago (1976)Hartman, L.; Lago, R.C.A. 1976. Rapid preparation of fatty acids methyl esters. Laboratory Practice 22: 475-476. was used to saponify and esterify the dried lipid extract to obtain the fatty acid methyl esters (biodiesel). Fatty acid composition was determined using a gas chromatograph. Fatty acid methyl esters were identified by comparison of retention times with the authentic standards and quantified through area normalization by the Chromatography Station T2100p (Plus Edition) v 9.04 software.

The performance parameters of the process in different operating modes are shown in Table 2. The fed-batch strategies intensified the conversion of organic carbon into microalgal biomass. Five feeding pulses with cassava processing wastewater improved the performance of the bioreactor, reaching maximum cell densities of 12.0 g L−1. In this operational condition, an average rate of organic carbon consumption of 0.105 g L−1 h−1, a biomass yield coefficient of 0.39 gbiomass gcarbon−1, and a global organic carbon conversion of 78 % were obtained, in a residence time of 336 h (Figure 1). The discontinuous feeding in the bioreactor kept the organic carbon concentration between 6 and 12 g L−1, providing cells with sufficient substrate to extend their growth during the cultivation cycle, reducing the restriction to a minimum and increasing biomass yield. This range of organic carbon is associated with the period of the highest volumetric growth rates.

In terms of bulk oil production, the feed-batch strategies reduced the lipid content of the biomass (9-10 %) in comparison with batch cultivations (14 %). However, as microalgal oils are intracellular products, the best conditions for oil production have to combine biomass production and lipid content. Thus, lipid productions of 1.19 g L−1 were evidenced in feed-batch cultivations with cassava processing wastewater. A faster product formation rate implies higher productions and corresponding reductions in plant operating time and operating cost, for an existing plant. By contrast, in order for a new plant to be built, the increase in response rates implies an increase in production, which can be achieved by means of a smaller bioreactor; as a result, less capital investment is required (Roso et al., 2015Roso, G.R.; Queiroz, M.I.; Streit, N.; Menezes, C.R.; Zepka, L.Q.; Jacob-Lopes, E. 2015. The bioeconomy of microalgal carotenoid-rich oleoresins produced in agroindustrial biorefineries. Journal of Chemical Engineering & Process Technology 6: 1-7.).

Thumbnail
Table 4
− Properties of microalgal biodiesel produced in fed-batch (wastewater) operational mode and its comparison with soybean and the standards used in the US (ASTM 6751), Europe (EN 14214) and Brazil (ANP 255).

Finally, if the values of water, organic carbon, nitrogen and phosphorus are considered, the cassava processing wastewater has a potential value of 12.5 USD m–3, based on equivalents of industrial water, industrial glucose, ammonium nitrate and sodium phosphate (USDA, 2015United States Department of Agricultural [USDA]. 2015. Economic Research Service. Available at: http:www.ers.usda.gov// [Accessed Jul. 15, 2015]
http:www.ers.usda.gov//... ). These compounds are the feedstocks commonly used for heterotrophic microalgae cultures, demonstrating substantial potential for exploration of this waste to support the production of bulk oil and biodiesel by microalgae.

Cassava processing wastewater seems a good culture medium for supporting the growth and single-cell oil production of Phormidium autumnale. The high lipid production capacity potential obtained is interesting for the generation of quality biodiesel that meets or surpasses the most stringent US, European and Brazilian fuel standard requirements.

Funding for this research was provided by the Brazilian National Council for Scientific and Technological Development (CNPq). 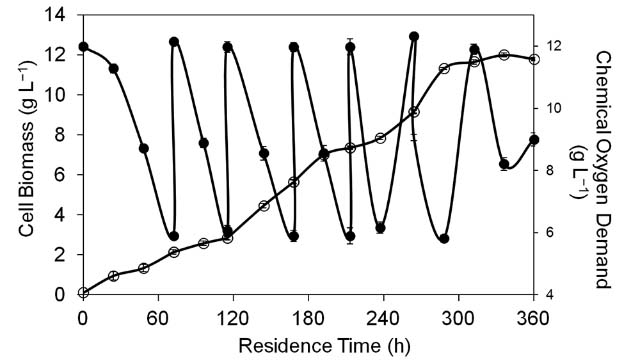 Table 2   − Kinetic parameters for the process in different operating modes.

Table 4   − Properties of microalgal biodiesel produced in fed-batch (wastewater) operational mode and its comparison with soybean and the standards used in the US (ASTM 6751), Europe (EN 14214) and Brazil (ANP 255).