University of California Santa Barbara (UCSB), Department of Anthropology, Santa Barbara, CA, United States of America saldivar@anth.ucsb.edu Emiko Saldivar is Associate Researcher and Lecturer at the University of California, Santa Barbara (UCSB). She is founding member of Mexico's antiracist collective COPERA (Colectivo para Eliminar el Racismo) and Coordinator of the Hemispheric Activist Research Anti-Racist Network RAIAR (Red de Acción-Investigación Anti-Racista). She is one of the authors of Pigmentocracies: ethnicity, race, and color in Latin America (2014), and has published several articles and books chapters both in Spanish and English on mestizaje, racial statistics, interculturality an anti-black racism in Mexico.

By the end of the twentieth century, with the rise of multicultural discourses and identity politics, Latin American ideologies of racial mixture had become increasingly denounced as myths that conceal (and thus support) the reproduction of racial inequalities. These studies have largely been guided by comparisons between countries with widespread racial mixing (usually Brazil, Mexico or Colombia) and countries in which it was less encouraged and visible (most commonly, the USA). In this paper we move the focus to the diverse ways in which racial mixture currently impacts racial formations in the Latin America, looking initially at Brazil and Mexico, two of the largest countries in the region, and also those with the largest Afro-descendent and indigenous populations in the continent. For comparison, we analyze survey data from the PERLA project.

Figure 3   Racial ID and Skin Color in Brazil and Mexico 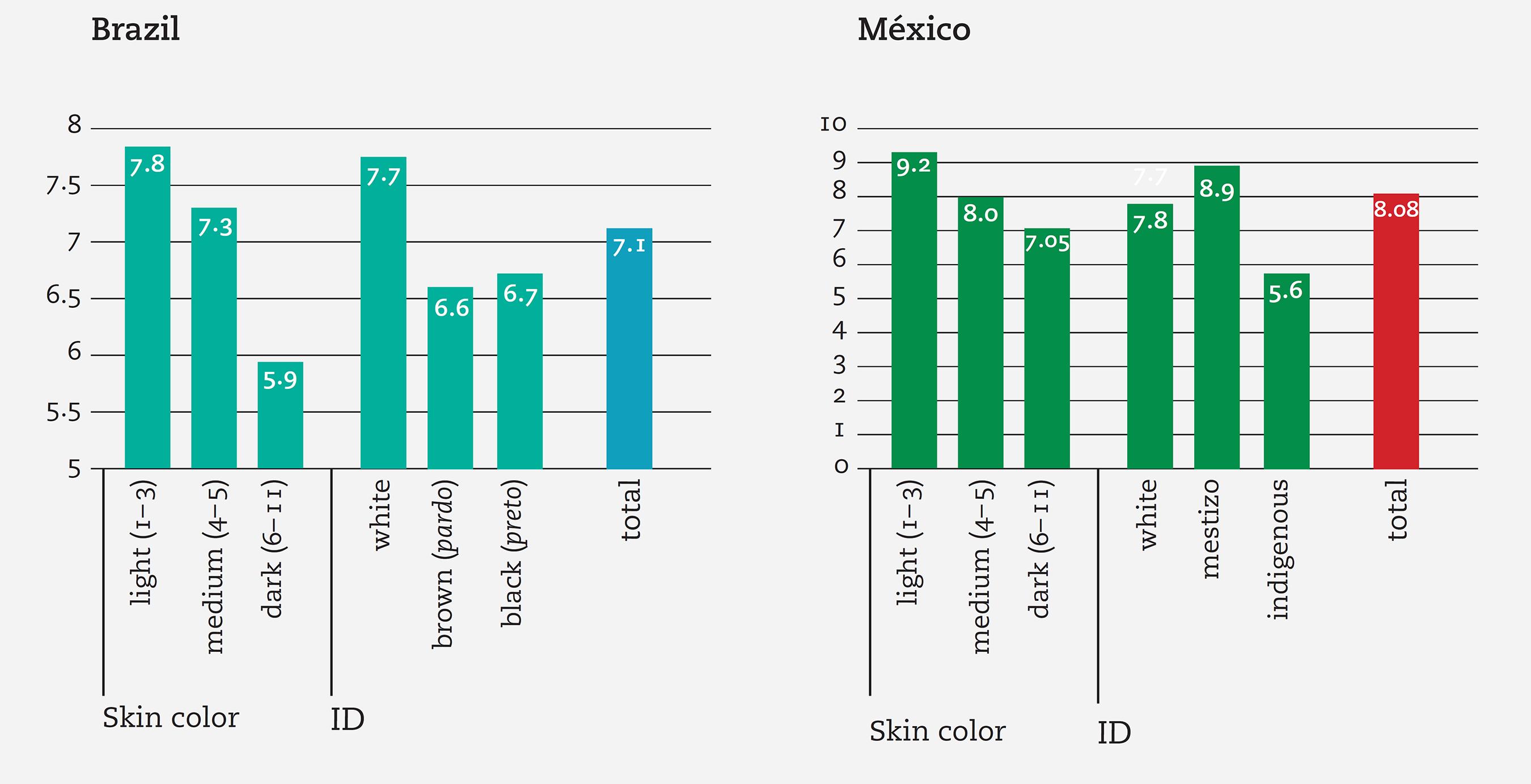 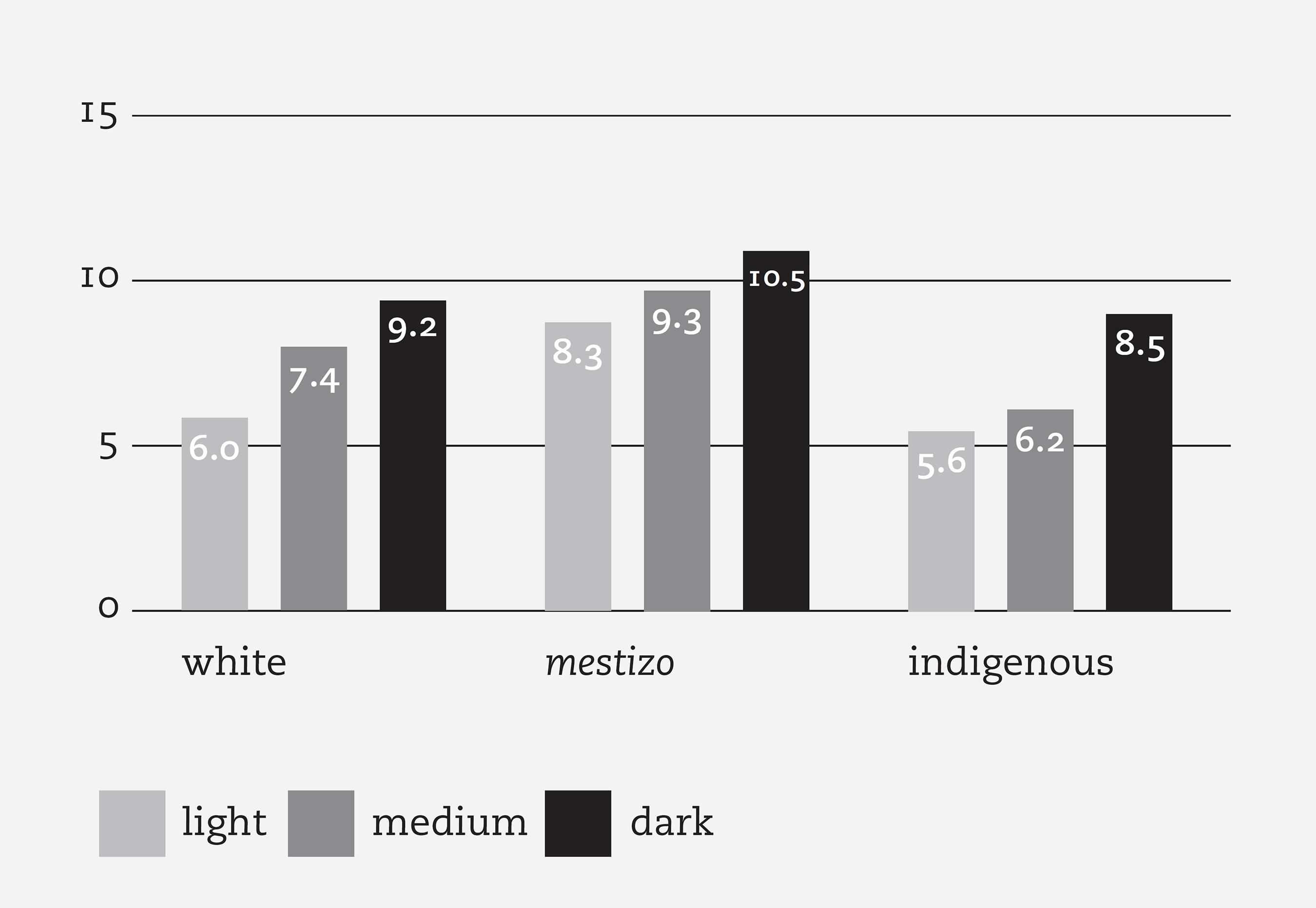