The global biodiversity loss is a consensus. The biodiversity conservations shortfalls make conservation of biological diversity even more challenging. For many taxa, the knowledge about their distributions is deficient, and this is called the Wallacean shortfall. This situation is no different within algae biodiversity, especially in Brazil. There is still an enormous inequity of sample effort, as is the case of the Parnaíba River Basin (Northeast region), which had only 10 algal species in published (the lowest number of algal species reported among the main Brazilian basins). The present work had the objective of increasing the knowledge of algal flora in Brazil by conducting a taxonomic study of the stream macroalgal species of the Parnaíba River Basin. The sampling of macroalgae was carried out in 21 segments of streams from the Middle and Lower Parnaíba Basin, in the Piauí and Maranhão states. Macroalgae were manually removed and preserved in 4% formaldehyde. Environmental characteristics of each segment were measured in order to describe the sampling sites. The taxonomic survey of the macroalgal communities resulted in the identification of 38 taxa in total, of which 32 at a specific level; three vegetative groups; two sporophytic stages of red algae and one unidentified species. Among the 38 species recorded, 37 are new records for the Parnaíba River Basin. Following the same pattern, 23 species are new records for the Brazilian Northeast region, and Microcoleus lacustris represented the first report in Brazil. Despite the fact that it remains the Brazilian basin with the lowest number of algal species documented, this study contributed to the increase of almost five times the number of species sampled in the Parnaíba River Basin (from only 10 to 47 species). These data reinforce that the differences presented in algal diversity in the Brazilian regions are more related to the sampling effort than other factors (e.g. environmental characteristics, geographic distribution, biomes, among others). In addition, this survey illustrates not only the group's lack of information in the region but also shows the importance of this type of study as a tool for expanding the knowledge about biodiversity and its conservation. 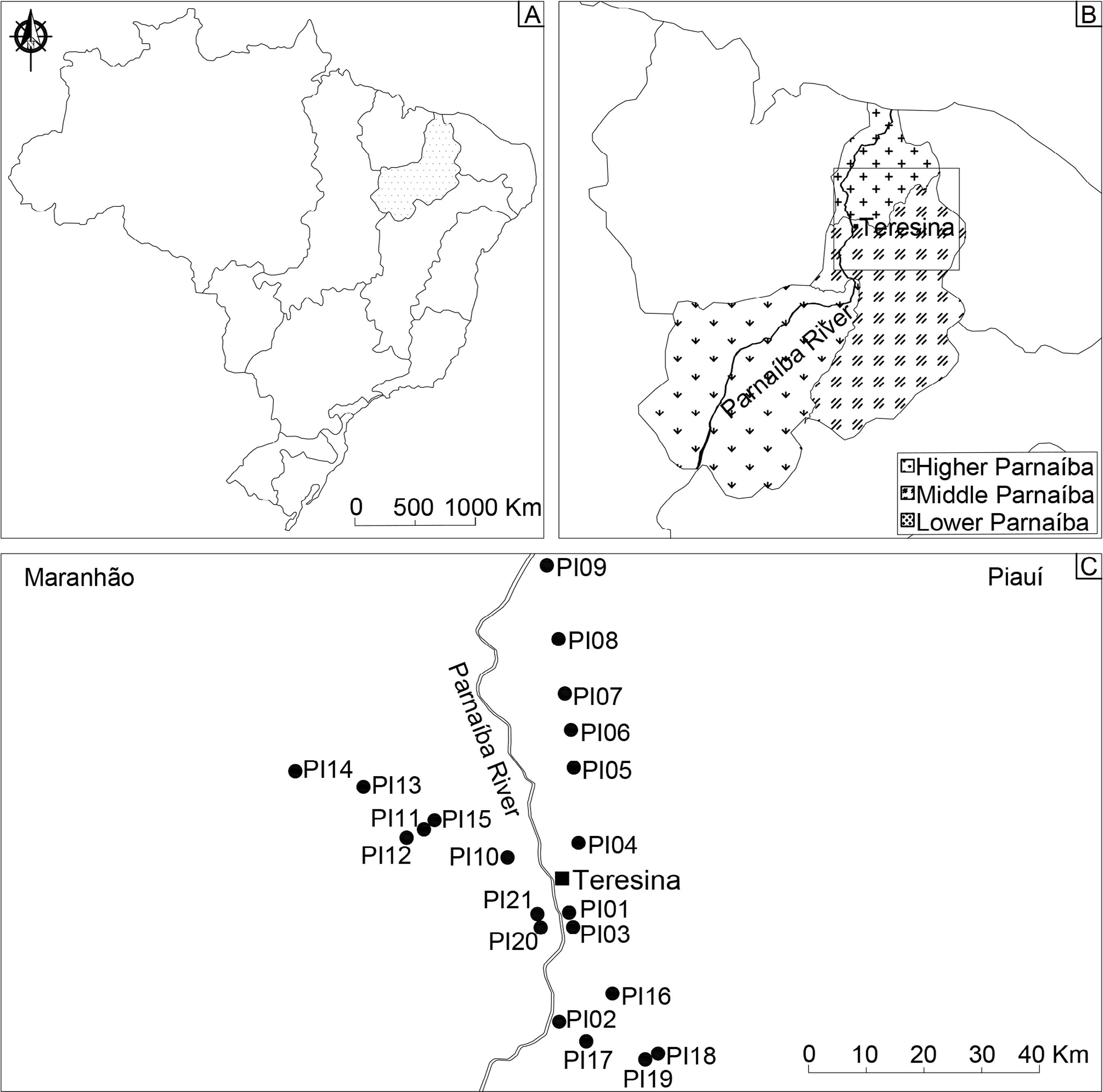 Thumbnail
Figure 2
Location map of the Parnaíba basin (A) with its sub-basins and the sampling area (B) showing the distribution of sampling points in relation to Teresina (PI) (C). 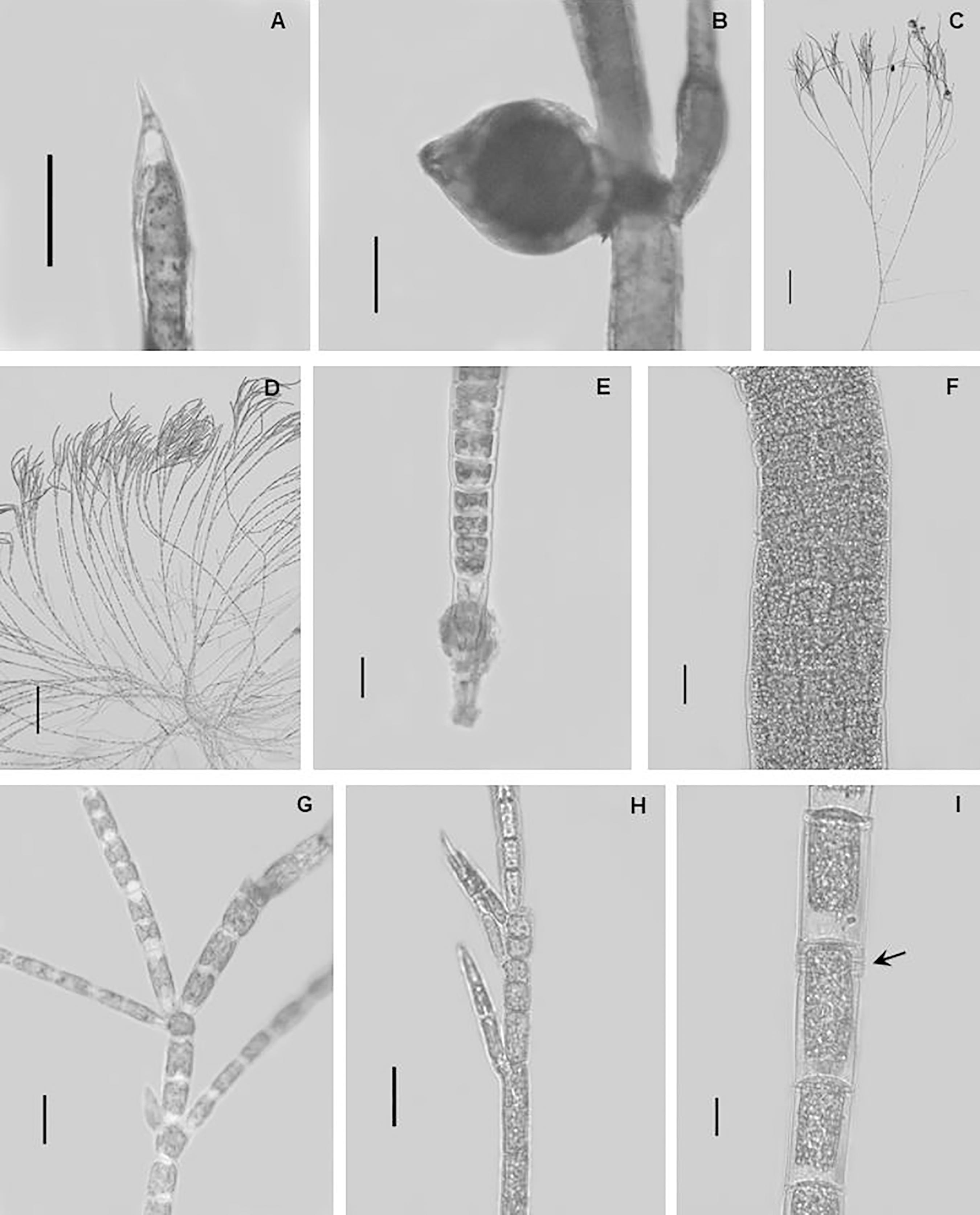 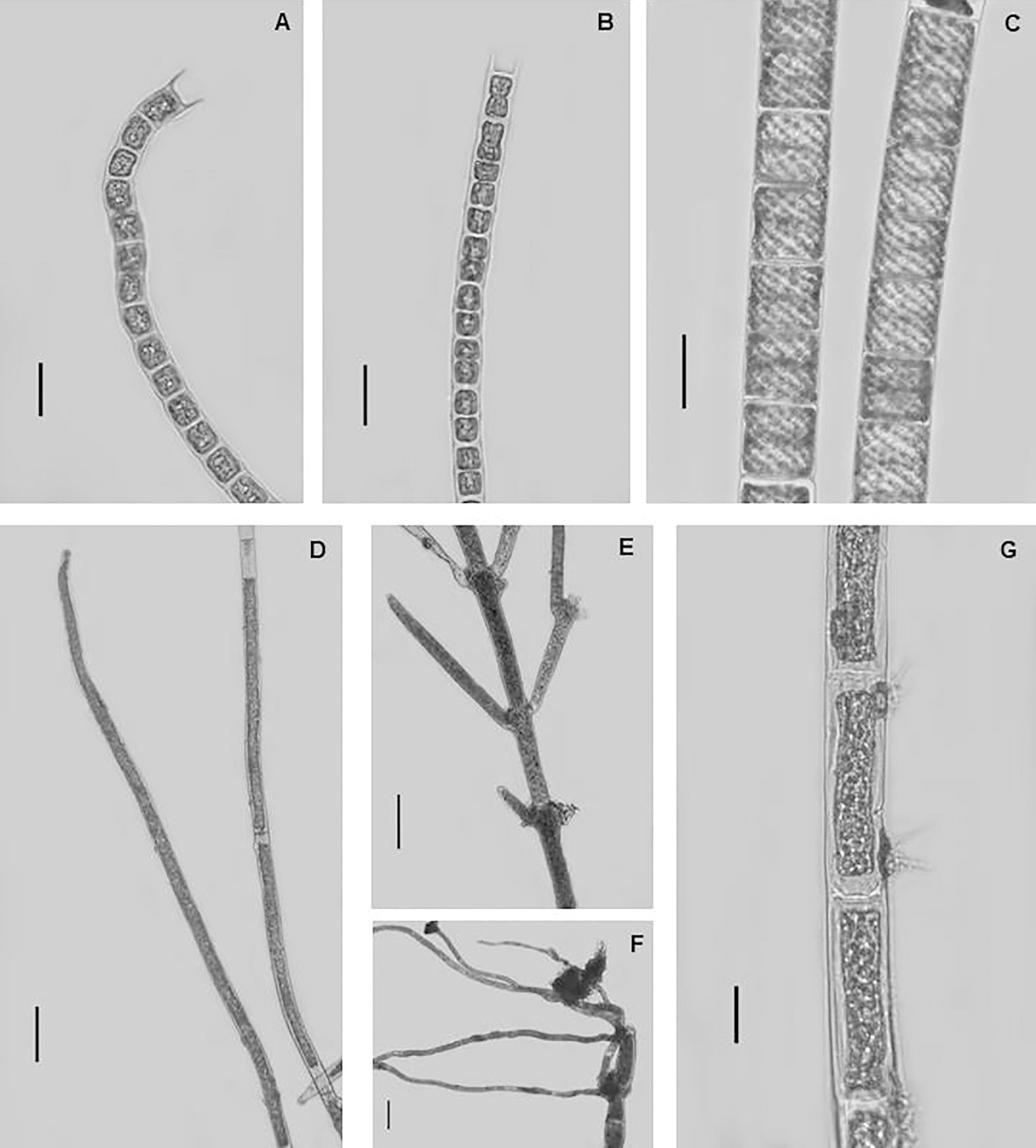 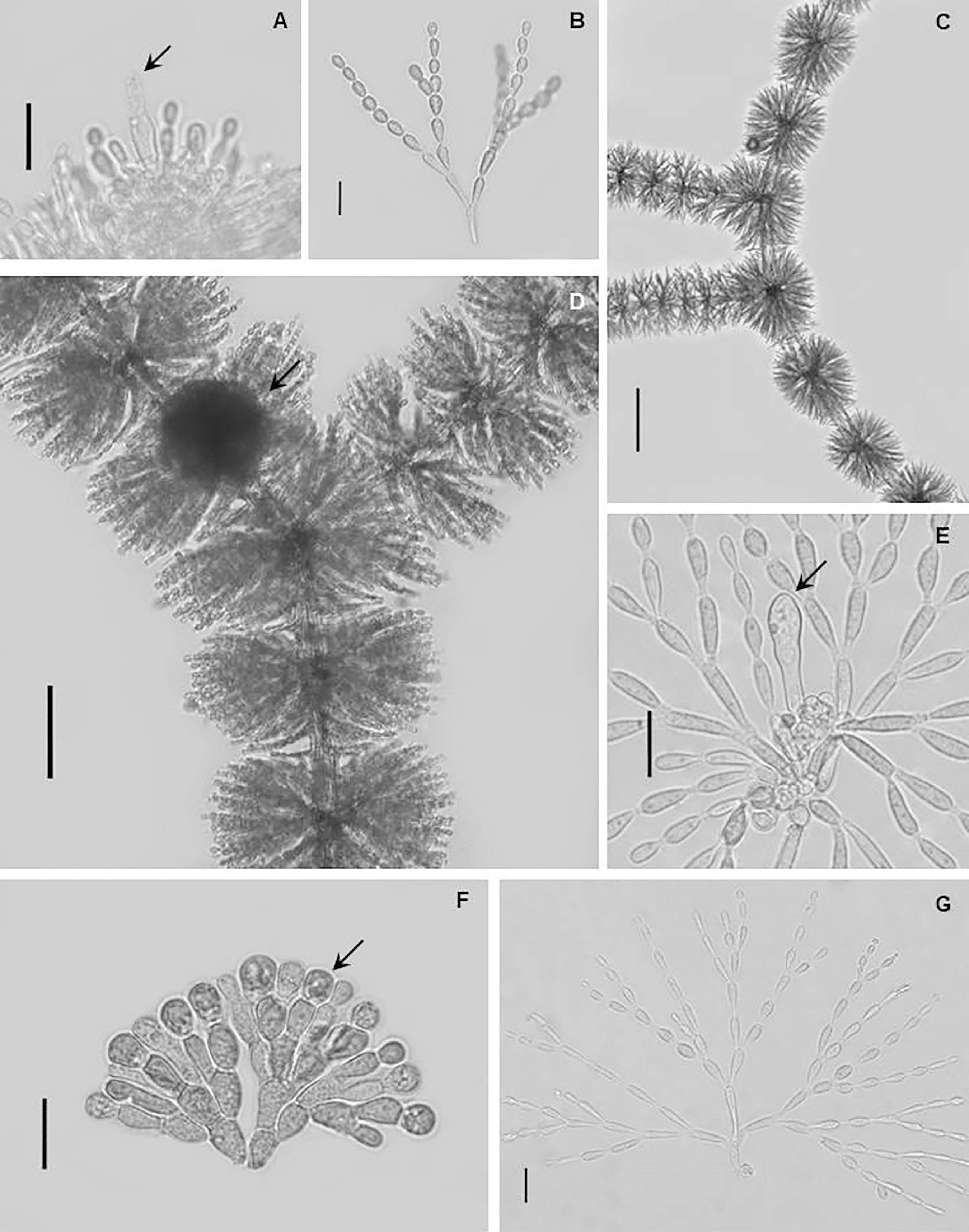 Figure 2   Location map of the Parnaíba basin (A) with its sub-basins and the sampling area (B) showing the distribution of sampling points in relation to Teresina (PI) (C).