Between evidence and negligence: coverage and invisibilityof health topics in the Portuguese printed media

The scope of this study is to conduct an assessment of the media coverage and dissemination of health issues in Portugal in order to problematize the aspects of coverage and invisibility of health topics and establish the themes neglected in media coverage. To achieve this, the coverage on health issues in the Portuguese daily newspaper Público was compared with the epidemiological context regarding health priorities and the perceptions of key players on media dissemination and the themes that are relevant to the Portuguese population. The results showed that the recurrent health-associated themes do not deal with diseases per se, but with the politics and economics of health and medication. The themes neglected in media coverage identified in the Portuguese context include: communicable diseases, such as hepatitis and tuberculosis; issues related to mental health and suicide; and ailments and social consequences associated with the economic crisis that has beset Portugal recently. From the standpoint of the people interviewed, other neglected diseases include hemochromatosis and other rare diseases. In tandem with this, the study highlights the well covered media themes that revolve around the lives and activities of celebrities, which are exhaustively aired in the communication media in the country. 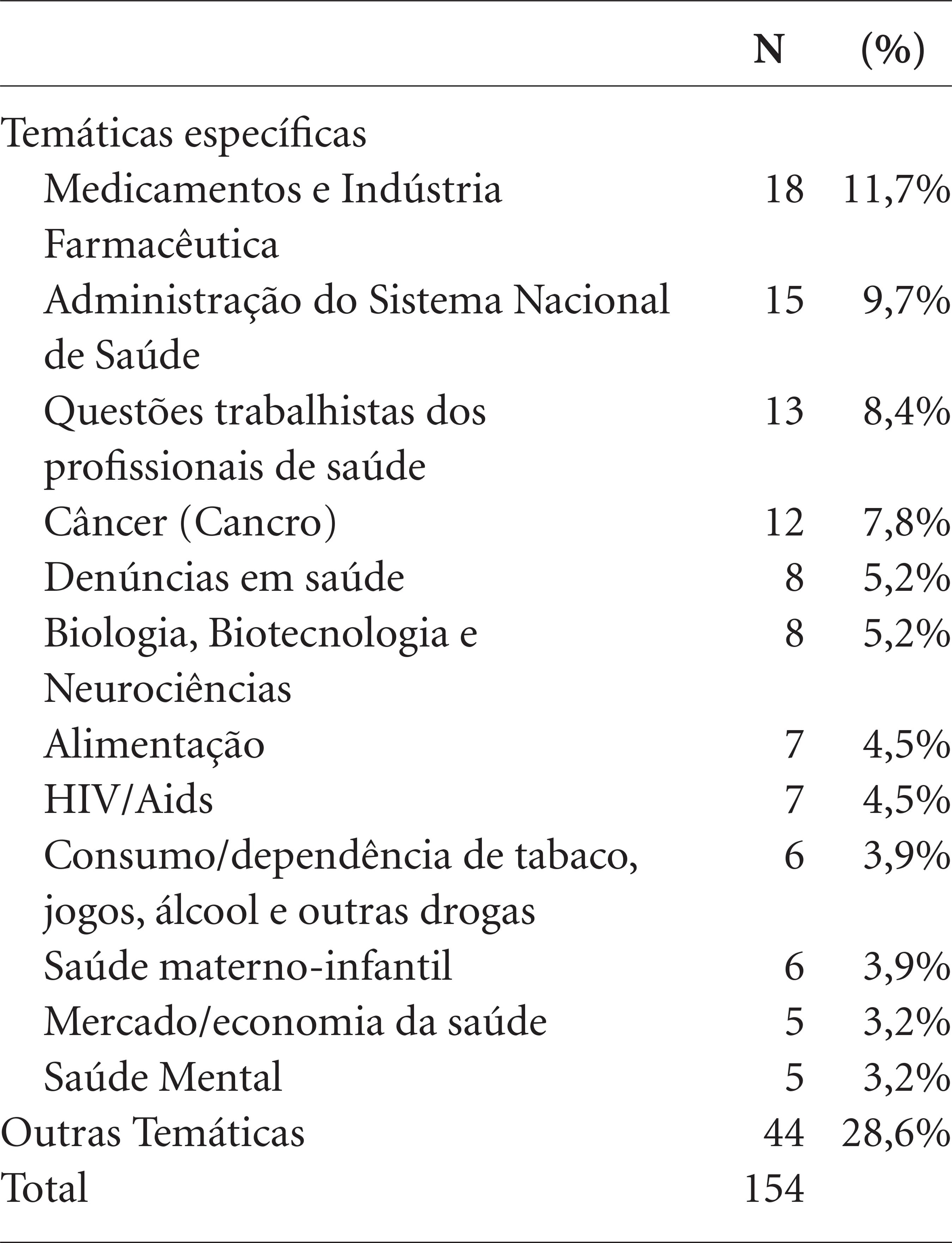