One of the advantages of cone-beam computed tomography (CBCT) is the possibility of obtaining images of conventional lateral cephalograms derived from partial or complete reconstruction of facial images.

The sample comprised nine clinically symmetrical patients who had pretreament full face CBCT. The CBCTs were reconstructed so as to obtain full face, right and left hemifacial cephalograms. Two observers, at two different times, obtained linear and angular measurements for the images using Dolphin 3D software. Dependent and independent t-tests were used to assess the reproducibility of measurements. Analysis of Variance and Kruskal-Wallis tests were used to compare the variables obtained in the CBCT derived cephalometric views.

There was good reproducibility for CBCT scans and no statistically significant differences between measurements of full face, right and left hemifacial CBCT scans.

In the last decades, three-dimensional images have contributed to diagnosis in several fields, including Dentistry. Particularly Orthodontics can benefit from the advantages of cone-beam technology, a new type of computed tomography (CT) with a conic shape X-ray beam.11. Farman AG, Scarfe WC. Development of imaging selection criteria and procedures should precede cephalometric assessment with cone-beam computed tomography. Am J Orthod Dentofacial Orthop. 2006;130(2):257-65.

In the CBCT exam, the field of view (FOV) can be adjusted to scan small or large areas, such as local impacted teeth and surrounding structures, or a complete face, in cases of initial diagnosis and treatment planning. Besides generating slices in all three planes of space, CBCT has the possibility to reconstruct two-dimensional images, such as panoramic or lateral cephalometric radiographs. The new technology leaves behind most of conventional x-ray disadvantages, including distortion, magnification and superimposition.55. Scarfe W, Farman A. What is cone-beam CT and how does it work? Dent Clin North Am. 2008;52(4):707-30.

An important advantage of CBCT-derived cephalograms is the possibility to separately reconstruct the right and left sides of the face. Comparing one side to the other could bring relevant information about asymmetries location and size. This comparison is valuable, since eventual differences between both sides are not expected from symmetric patients.

All CBCT scans were acquired on an iCAT Cone-Beam 3-D System (Imaging Sciences International, LLC, Hatfield, Penn., USA) using a field of view of 22 cm (extended protocol) and voxel size of 0.4 mm. Using Dolphin 3D software (Dolphin Imaging and Management Solutions, Chatsworth, CA, USA), the CBCT scan of each patient was reconstructed to obtain three different images: a conventional cephalogram including the complete width of the face (Fig 1A); a lateral cephalogram, including only the right side of the face (Fig 1B); and a lateral cephalogram, including only the left side of the face (Fig 1C). Maximum intensity of projection (MIP) was selected for CBCT image visualization. In order to include all midsagittal structures, the reference used to limit hemifacial cephalogram reconstructions corresponded to the incisal edge midpoint of the maxillary central incisor of the opposite side. No patient had expressive maxillary midline deviation. Images were de-identified before evaluation.

Eleven cephalometric measurements were obtained on the cephalograms by means of Dolphin 3D software (Table 1). Measurements were performed by two previously calibrated examiners, in two different moments, within a two-week interval. After landmark identification, the software automatically measured all variables.

Error of the method

Intra and interexaminer reproducibility of CBCT cephalograms was tested with dependent and independent t-tests, respectively, using the values obtained for all three different modalities of cephalograms. Intraexaminer error was calculated using the first and second values obtained by the examiners. As for interexaminer error analysis, only the first measurements of each examiner were used.

There were two systematic errors for examiner 1 and four for examiner 2 (Table 2). There was only one interexaminer error (Table 3). Six out of the eleven variables showed casual errors lower than 1 mm or 1.5 o. Only two variables presented errors greater than 2 mm or 2o (Tables 2 and 3).

No significant differences were observed among the three modalities of CBCT-synthesized cephalograms (Table 4).

This study was conducted based on a sample of nine orthodontic patients. This unpretentious number could be considered quite small to be representative. Sample reduced size is justifiable for a pilot study and was due to the inclusion criteria regarding absence of clinical asymmetry and post adolescent age.

Nevertheless, considering the radiation dose involved in computed tomography, it is not so easy to reach a large number of patients whose conditions justify submission to the exam. Nowadays, the ethic aspects related to researches including radiation are a delicate topic of debate. To be included in this study, in addition to having a CBCT scan, the patient could not have any clinically significant asymmetry.

Among the 11 cephalometric variables tested, only two showed intraexaminer systematic error for the first examiner and four for the second examiner (Table 2). Only one variable (SNGoGn) showed significant systematic interexaminer error (Table 3). These results evince the high reproducibility of cephalometric measurements in all modalities of CBCT cephalograms.

Some reproducibility error was expected because in cephalometry there are inherent errors involved.1515. Geelen W, Wenzel A, Gotfredsen E, Kruger M, Hansson LG. Reproducibility of cephalometric landmarks on conventional film, hardcopy, and monitor-displayed images obtained by the storage phosphor technique. Eur J Orthod. 1998;20(3):331-40. Although a two-week interval existed between the two measurements, randomly or systematically, two examiners will unlikely choose, at two different moments, exactly the same point, especially those of subjective landmarks. Some examples are the landmarks Gonion and Gnathion, which are difficult to identify, and may have contributed to the significant errors that appeared in SNGoGn, FMA, IMPA and Co-Gn. Gonion and Gnathion points were often involved in systematic and casual errors. Previous studies also reported higher values for errors of measurements involving these points.16,17

The SNGoGn angle was involved four times in errors of reproducibility (Tables 2 and 3). Some arguments may explain these results. Previous studies showed that the fronto-nasal suture (point N) can be easily identified in CBCT scans, whereas point Sella (point S) showed lower reproducibility.8,9 Sella is identified as a geometrical center of a circular structure with the same name in the center of the sphenoid bone. Additionally, temporal bone density can slightly obstruct clear visualization of midsagittal structures in MIP reconstructions of CBCT scans, since structures with higher density can hide structures of lower density.99. Cattaneo PM, Bloch CB, Calmar D, Hjortshoj M, Melsen B. Comparison between conventional and cone-beam computed tomography-generated cephalograms. Am J Orthod Dentofacial Orthop. 2008;134(6):798-802.

Random errors were observed for interexaminer comparisons. Even if previously calibrated, two different orthodontists examiners will hardly elect the exact same position for a certain landmark. All but one occurrence of interexaminer errors appeared in angular measurements. Furthermore, those were all angles formed by not only three, but four points. Including one more landmark identification process each and the inexorable imprecision, they were more likely to show unavoidable casual errors. Moreover, the involvement of dental measurements, such as 1.PP and IMPA in errors, is in agreement with previous studies.17,18

There was no significant difference for any cephalometric variable in the comparison between full face, right and left hemifacial CBCT scans (Table 4). Considering the absence of relevant clinical facial asymmetries in the sample, these results were expected.

No previous study compared the right and left side of CBCT-derived cephalograms. Therefore, according to the present results, right or left hemifacial CBCT cephalograms can be used for two-dimensional cephalometry in symmetrical patients with the advantage of a clearer identification of bilateral structures. Unlike conventional cephalometric radiographs, CBCT-reformatted images have no magnification or distortions in the orthogonal plane.55. Scarfe W, Farman A. What is cone-beam CT and how does it work? Dent Clin North Am. 2008;52(4):707-30.

An accurate exam to assess morphology and facial asymmetry, leading to successful treatment plans, including orthognathic surgery, is important. Mandibular asymmetries, such as chin deviation in Class III malocclusion patients, were examined by means of computed tomography revealing that they were due to greater growth and mesial inclination of the ramus and greater maxillary vertical excess in the opposite side.3030. Baek SH, Cho IS, Chang YI, Kim MJ. Skeletodental factors affecting chin point deviation in female patients with class III malocclusion and facial asymmetry: a three-dimensional analysis using computed tomography. Oral Surg Oral Med Oral Pathol Oral Radiol Endod. 2007;104(5):628-39. The precise location of asymmetry is crucial to determine details of surgical treatment planning. 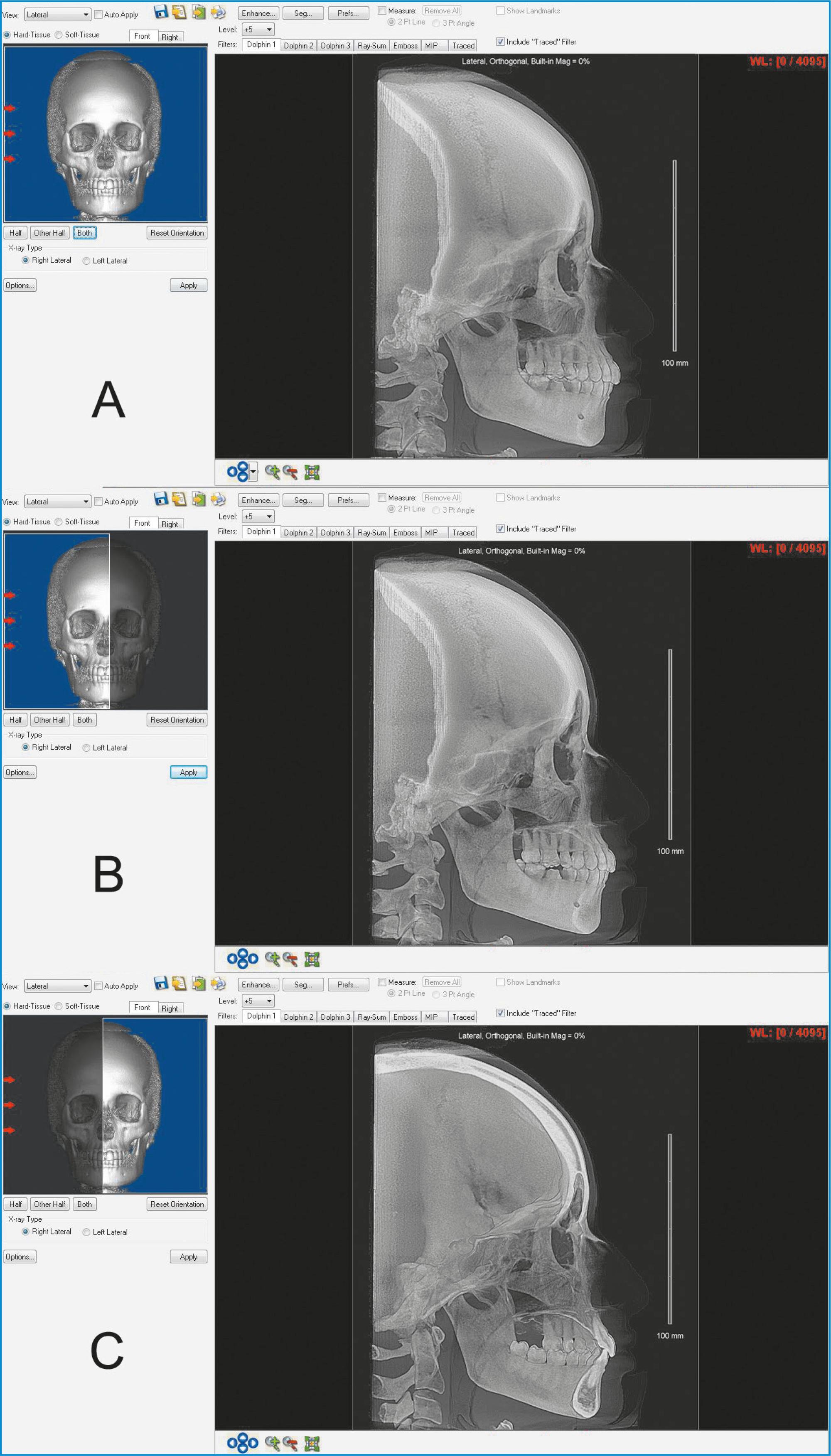 Table 4 -   Comparison of the three image modalities (Analysis of Variance and Kruskal-Wallis tests).