The impacts of breeder age (32 and 55 weeks), egg storage time (2-12 days), setter ventilation program (control-test) on incubation and post-hatch performance of broilers were investigated in this study. Young (Y) and old (O) breeders’ hatching eggs were incubated in two different setters operated by two different ventilation programs as control (C) and test (T). Incubation took place after a short (S) and long (L) time of storage in this study. According to the trial design, eight treatment groups were as YSC, YST, YLC, YLT, OSC, OST, OLC and OLT. In total 9600 eggs and 6400 chicks were used. Early stage embryonic mortality (ED) rates were lower and accordingly hatchability of fertile eggs (HF) were higher (p<0.05) in YS than the other treatment groups. In contrast, incubation performance in eggs hatched in C and T programs were found to be similar. However, interaction between treatments were significant (p<0.05) and ED and HF were significantly (p<0.05) improved at OC. Liveability in growing period was affected (p<0.05) by breeder age but it wasn’t affected by storage time and incubation program. Higher post-hatch performance was achieved in chicks of OST but differences between groups weren’t significant except for chick weights in comparison by breeder age. However, interactions between treatments were significant (p<0.05) and reached the highest post-hatch performance in YST (p<0.05). In conclusion, the long time storage of old breeders’ eggs improved incubation and post-hatch performance when they were incubated at test program.

The hatchery is one of the most important and fragile integral part of the poultry production chain that requires serious amount of investment. The relationship between incubation and growing period began to increase gradually through the use of high-yielding breeds and hybrids. To see the best performance characteristics of broiler chicks in the field, a lot of attention should be paid to the hatchery. In the hatcheries, chick production is carried out based on information about the physiology of embryonic development. The whole immune system and body development of chicks takes place in the hatcheries with contribution of nutritional and genetic aspects of the breeders. Thus the hatchery has an important impact on liveability and post-hatch performance of birds. According to incubation research data (embryonic mortality rate, hatchability of fertile eggs, hatchability etc.) incubation affects the results of the whole production chain. Thus it is very important to analyse and improve the incubation results (Boerjan, 2011Boerjan M. Uniform incubation. Netherland: Pass Reform Hatchery Technologies; 2011.).

Reaching to the highest incubation performance and achieving high quality chicks in the hatchery depends on reducing deviations in egg quality and the embryonic development. Researches are being taught to understand and identify natural variations in egg quality with embryonic development and some equipment are being developed to provide a uniform incubation. English Buckeye and Belgian Petersime companies suggest the idea that embryonic development may be encouraged via carbon dioxide (CO2) accumulation. They developed a technology allowing CO2 to rise for a certain period, then this high level is reduced in a controlled manner by help of infrared CO2 sensor (Elibol & Turkoglu, 2014Turkoglu M, Sarica M, Altan A, Arda M, Bayraktar H, Kutlu H, et al. Poultry science: growing, nutrition, diseases. Ankara: BeyOfset Press; 2014.).

Studies to provide more uniform hatchability of fertile eggs and lesser distortions in performance are continuing by improvisations of incubation and post-hatch conditions. In particular, to determine the effects of applied processes from breeder farms to hatchery till the slaughter age, and to produce solutions are becoming more and more important. This research was conducted in the light of these information and it was aimed to reach higher hatchability of fertile eggs and reduce the deviations in performance by determining the effects of breeder age, storage time and ventilation program in the setters.

In this study, 9600 hatching eggs obtained from young (32 weeks) and old (55 weeks) Ross 308 broiler breeders and 6400 broiler chicks (randomly selected to test house compartment capacity from hatched healthy day old chicks) were used in this study. Average hen housed egg productions and egg weights of flocks were 82 - 49 % and 60.88 - 61.34 g respectively during the study. The incubation phase of the research was conducted at the hatchery of beypiliç® in Bolu, Turkey. Eggs were set in programmable, fully automatic Petersime 57600 eggs capacity setter and Petersime 19200 eggs capacity hatcher with CO2 controlling system in the hatchery. Growing phase of the research was carried out in beypiliç’s® broiler research house and 32 compartments (2x6.5m) in this house equipped with pan feeders, nipple drinkers and special radiant heaters were used.

First, hatching eggs obtained from young and old flocks were divided randomly into two equal parts and stored for 2 and 12 days. Eggs were stored at 18°C temperature and approximately 75% of relative humidity. Later, the same eggs were divided into 2 equal parts and randomly placed in two different setters which were operated at two different ventilation programs (Figure 1 and Table 2). The first setter was operated by normal ventilation program (control), where the certain level of CO2 in the machine was allowed by deactivating CO2 control system. The second machine was operated by a different ventilation program (test) to provide rapidly accumulating and increasing CO2 levels in the machine up to 9 days and later gradually reducing by using CO2 control system and by arranging the openings of the ventilation flaps. 150 eggs were placed on each setter trays and each tray was accepted as a replicate. Accordingly 32 replications (tray) in total have been used as 8 replications per treatment during the incubation stage of the study.

Eggs have been placed on different setters till the transfer time (at 18.5 day) and then transferred to the same hatcher and the program recommended by Petersime was applied to all as same. After the completion of the hatching process, culls and unhatched eggs in hatcher trays have been separated for hatch breakout analysis. Early (0-7 day), mid-term (8-17) and late (18-21) stage embryonic mortality rates and pipped but unhatched embryo rates were detected according to Hodgetts (1993Hodgetts B. Determination of incubation failures and remedies. Proceedings of YUTAV International Poultry Congress; 1993; Istanbul. Turkey. p.303-309.) by opening unhatched eggs.

Treatment chicks have been sexed and vaccinated. Chicks arriving the house were weighed and randomly distributed to the pen as 16 chicks/m2 (200 chicks/compartment) stocking density and 50% male+50% female for each subgroup. Totally 4 subgroup were used with 4 replications per treatment during the rearing period.

Statistical analyses of the data on the incubation and post-hatch performance has been carried out separately and the results are summarized in tables (Table 4, 5 and 6).

Thumbnail
Table 5
The effect of different incubation practices on liveability.

Post hatch performance data obtained from old breeders’ hatched chicks has been achieved numerically higher from the accumulated CO2 ventilation program. However, differences between treatments were not found statistically significant (p>0.05) except for the differences between chick weights and liveability. Liveability of young breeder flocks were lower than old breeders in both first week and last week (p<0.05). It was determined that liveability in rearing period was affected by breeder age whereas not affected by storage time and setter ventilation program (Table 5).

The chick weight differences of young and old flocks were high and significant (p<0.05). But then they got closer in time and by the end of rearing period, average live weight and daily weight gain values were similar. Also, it was found that interactions were significant (p<0.05) between breeder age-storage time and breeder age-setter ventilation program for post-hatch performance (Table 6). Similarly, BW and DWG values were higher (p<0.05) in chicks obtained from the eggs of young flocks placed to setter operated with normal ventilation program (control treatment) than the test program (accumulated CO2).

ED of young flocks and accordingly HF was higher than older flock eggs. Similarly, lower early stage embryonic deaths and late stage embryonic deaths plus pipped and unhatched embryo rates and accordingly higher hatchability of fertile eggs in short time stored eggs have been obtained from experimental data. In contrast, incubation performances of eggs incubated in setters operated to different ventilation program were similar. Also, depending on the important interactions between treatment groups. It has been found that ED and HF were improved, when hatching eggs of old flocks incubated in setter operated to by accumulated CO2.

The results of this study supported the findings of Mc Daniel (1995Mc Daniel GR. Hatching failure and solutions. Proceedings of the YUTAV International Poultry Exhibition and Conference; 1995; Istanbul. Turkey. p.58-61.) showing that early and late stage embryonic mortality is 3-5% and this seems to be consistent with the general statement in this regard. The results of setter ventilation program trial in this study was supported by researches (Ross Tech, 2003Ross Tech. Investigating hatchery practice [document 98/35]. Midlothian: Aviagem; 2003.) showing that setter accumulated CO2 ventilation program has positive effects and negative effects have not been identified yet.

In terms of post-hatch performance, differences between treatments were not found significantly different (p>0.05) except for the difference between chick weights and liveability (p<0.05). Liveability of young breeder flocks were lower in both the first week and slaughter. But, differences between CW values during the rearing period and BW and DWG values of treatment groups were found to be similar at the end of growing period. In addition, higher chick weight, BW and DWG values have been achieved in eggs of YC than YT.

As a result, higher incubation and post-hatch performance were obtained from the eggs of young flocks stored for a short period. In addition, it was found that incubation and growing period performances of long time stored old flock eggs can be improved by incubating with accumulated CO2 ventilation program. Thus, a more healthy and with higher quality chick production can be achieved and consequently production costs can be reduced and the competiveness of poultry companies can be improved.

I thank my college professors for the encouragement to develop this study and Beypi Inc. (beypiliç)’s General Manager Dr. SaitKoca for support in every stage. 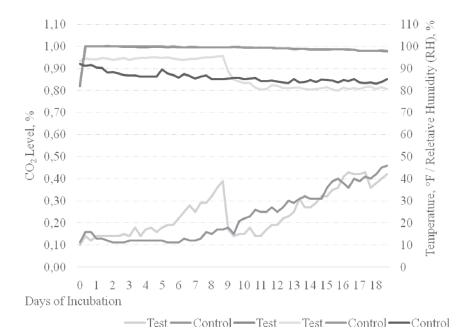 Table 3   Raw material composition of feed used in the study

Table 5   The effect of different incubation practices on liveability.

Table 6   The effect of different incubation practices on post-hatch performance.