Sports recognition technology gradually mature. Among them, wearable sensors have attracted wide attention because of their accurate recognition.

Based on the FMS of EMG, 80 students of the same grade are randomly selected from the Physical Education School of XX University for the experiment and the results are verified.

The results show that the GBC can classify the EMG signal of the three functional movements more accurately, and the classification accuracy rate of squat, stride, and straight lunge squat is 91%, 89%, and 90%, respectively. The decision tree has a good ability to judge whether the functional movement is standard or not, and the accuracy of judgment can reach more than 98%. In conclusion, EMG-based FMS can effectively detect early sports injuries and plays a good role in reducing sports injuries.

The classification effect of the squat is the most obvious, reaching 91%, and its recognition ability is the strongest. Level of evidence II; Therapeutic studies - investigation of treatment results.

FMS can be moved through a video image, which is not limited to the injury screening of athletes. However, these actions still have problems such as unreasonable quantization. If you want to further develop FMS, you need to explore and study in the theoretical field. At present, most of the research on FMS research focuses on athletes’ exercise damage, and a few studies on the early stage of sports injury.99. Shin HC, Roth HR, Gao M, Lu L, Xu Z, Nogues I, et al. Deep Convolutional Neural Networks for Computer-Aided Detection: CNN Architectures, Dataset Characteristics and Transfer Learning. IEEE Trans Med Imaging. 2016;35(5):1285-98.–1111. Moran RW, Schneiders AG, Mason J, Sullivan SJ. Do Functional Movement Screen (FMS) composite scores predict subsequent injury? A systematic review with meta-analysis. Br J Sports Med. 2017;51(23):1661-9.

Adding the tree Hm will feed back the minimum loss S to the previous tree Ym-1.

The step size is obtained through αm linear search.

The CNN used in this study is shown in Figure 1.

In this experiment, the RELU function is selected as the activation function instead of the SIGMOID function, because SigmoID has two shortcomings: update slow, not conducive to the calculation of the lower layer. The relu itself has a simple definition of the characteristics of the simple operation, which makes its propagation speed faster.

The errors generated by the output layer are as follows.

In which, D is the cost function and βs is the error generated by the neurons in the sth layer.

In this study, SoftMax is the last layer of CNN. The feature extracted by the convolution layer and the pool layer is input to a soft MAX classifier, and the probability is output according to the EGM feature. Assume that the function is as follows.2020. Margraf NG, Rogalski M, Deuschl G, Kuhtz-Buschbeck JP. Trunk muscle activation pattern in parkinsonian camptocormia as revealed with surface electromyography. Parkinsonism Relat Disord. 2017;44:44-50.

In which, are the parameters of the model, is to normalize the probabilities so that the sum of all probabilities is 1. In order to make the results simple and easy to use, the same parameter α is used to represent all model parameters. In the implementation of SOFTMAX, α is expressed as kx(n+1), and all the results are listed as follows.

The cost function including penalty items in SOFTMAX is as follows.

Partial derivation of α is obtained as follows.

The variance is defined as follows.

The average power frequency is defined as follows.

This experimental data includes 10 subjects between 20s and 30, 5 male and 5 women. Data is collected in the laboratory. First, the electrode is fixed at the corresponding position on the skin of the subject. Through professional guidance, under the premise of ensuring the operation of the action, the EMG of the squat is shown in Figure 2.

Single feature classification results: it is evident from Figure 3 that the feature IEMG has higher accuracy in the GBC than other features, and the feature Ave performs the worst in the classifier. Overall, the features Iva, Max, Min, RMS, and Var have relatively high accuracy in the classifier. At the same time, it can be found in figure 3 that the separability of features is Min, RMS, IEMG, MAX, Iva, Ave, and Var in order from high to low.

Figure 3
Comparison of the accuracy of various features on the classifier.

Figure 5
Classification results of the classifier in different movements.

Figure 6
Comparison of classification effects between single and combined features.

Classification results and analysis of CNNs based on EMG spectrum. (Figure 7)

Figure 7
Classification results of CNN based on EMG spectrum.

Figure 8
Sports injuries before and after rehabilitation training in different groups.

After analysis, it is found taht among the 7 features, feature IEMG has higher accuracy in GBC than other features, and feature Ave performs the worst in classifier. This is largely due to the greater interference received by Ave, which makes the classification results prone to errors. This feature is also reflected in the accuracy rate, recall rate, and F1 score. After the analysis of the results of combined features and single features, it is not difficult to find that single features do not have a good classification ability for functional movements. However, by adding the feature dimension, the classification ability of classification model can be significantly strengthened for different functional movements so as to obtain better classification effect. I. The signal noise in the original data is large, and the EMG signal itself is weak, which is easily affected by external interference. II. The spectrum mapping in the CNN is small, so that the CNN cannot be extracted from the image of the frequency spectrogram of the image. Iii. Sports itself has some disturbances of an irrelevant signal. The crouching involves a variety of muscles, such as Quadriceps, Hamstring, and Gluteus Maximus, which also participated in non-standard crouch.

In this study, the FMS method was proposed based on the EMG biorejectment. The experiment has innovated the traditional FMS of the EMG biological image to determine more objective, but since the number of samples of experimental training is too small, the experimental results still have a further improved space.

Thumbnail
Figure 3
Comparison of the accuracy of various features on the classifier.

Thumbnail
Figure 5
Classification results of the classifier in different movements.

Thumbnail
Figure 7
Classification results of CNN based on EMG spectrum.

Figure 3   Comparison of the accuracy of various features on the classifier.

Figure 5   Classification results of the classifier in different movements.

Figure 6   Comparison of classification effects between single and combined features.

Figure 7   Classification results of CNN based on EMG spectrum.

Figure 8   Sports injuries before and after rehabilitation training in different groups. 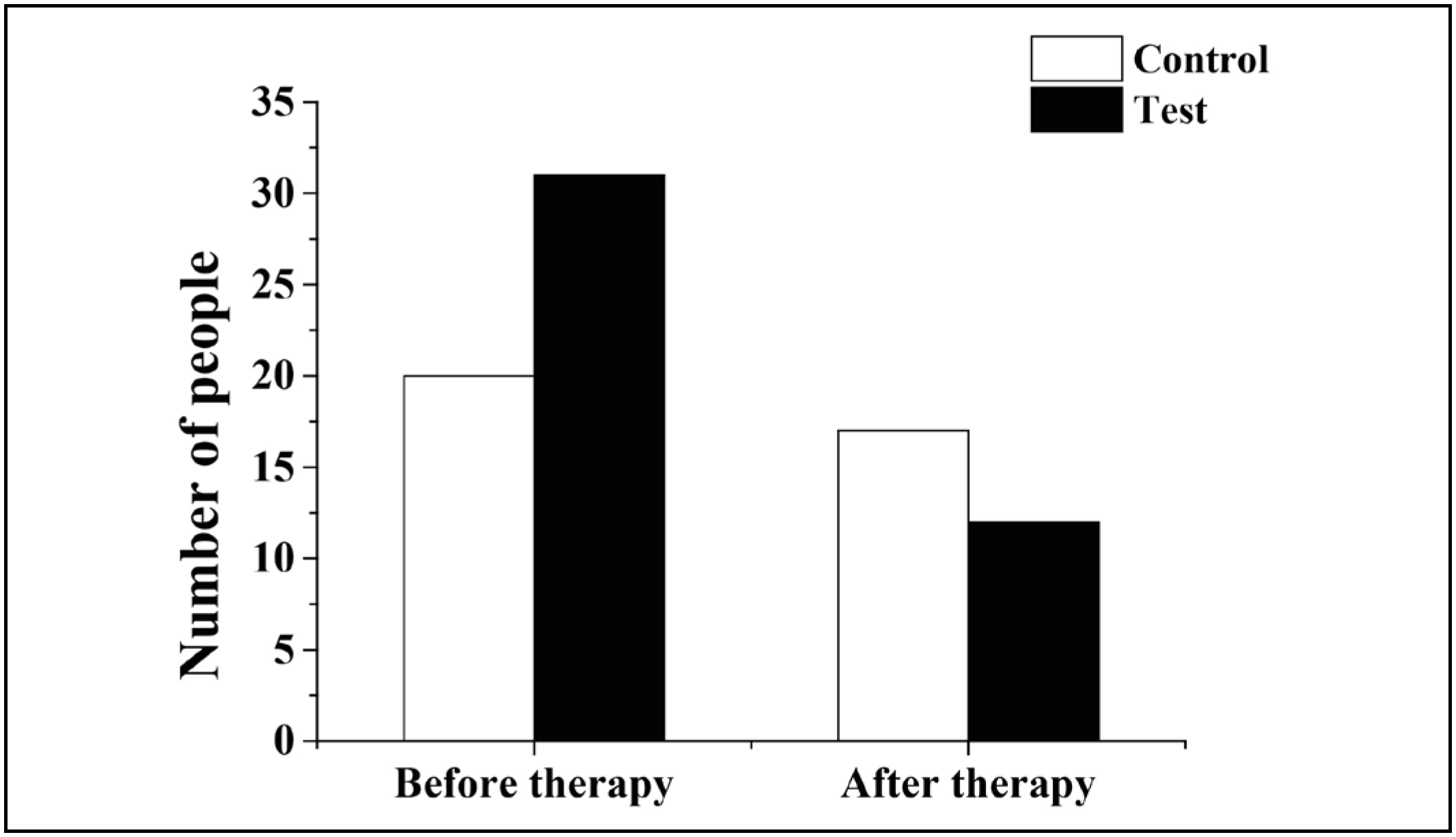