Alceu Ravanello Ferraro About the author

Based on the microdata of a series of PNADs (Pesquisas Nacionais por Amostra de Domicílios - National Household Sample Survey) and of the 1991 and 2000 Demographic Censuses, this paper analyzes the development of literacy in Brazil in the 1990s and 2000s. Af er discussing the use of the census concept of literacy and the importance of the notion of child illiteracy, the text demonstrates that inequalities as for literacy build up at the very beginning of schooling. It then analyses the evolution of the literacy rates at different basic education levels, before sorting them by sex and color or race. It finally introduces the social class variable, which it crosses with those of "sex" and "race". It concludes by insisting that literacy inequalities appear at the very beginning of fundamental schooling and by pointing out some challenges the literacy and schooling still have to face in Brazil. 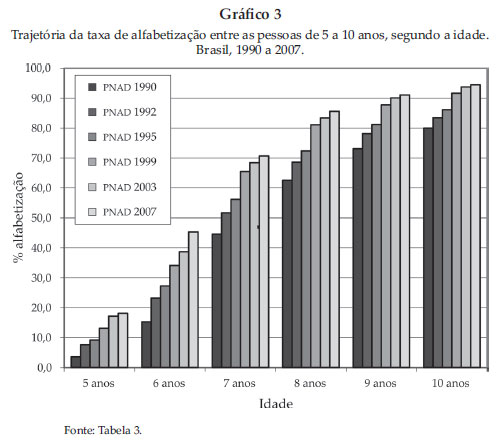 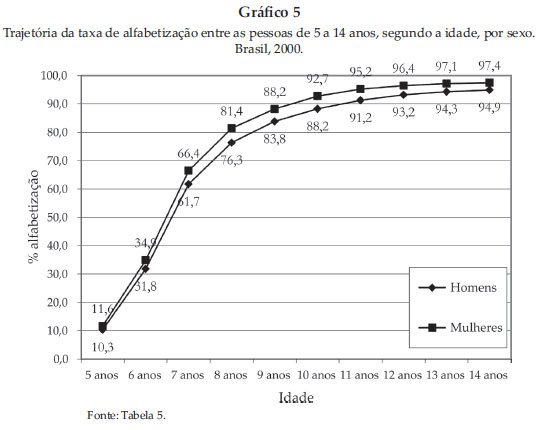 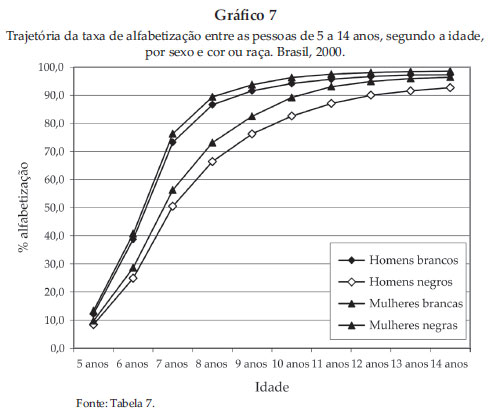 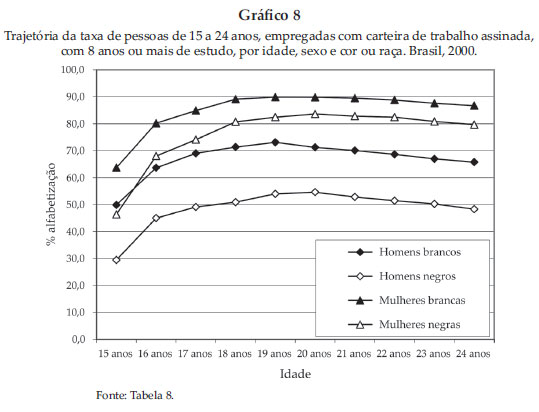 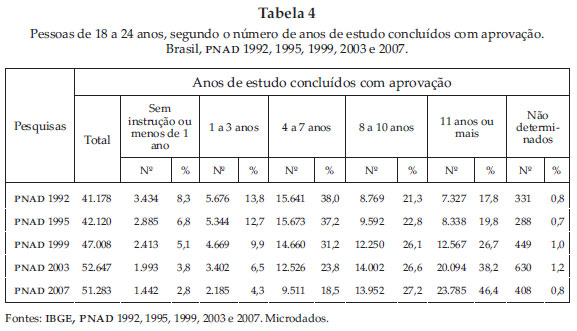 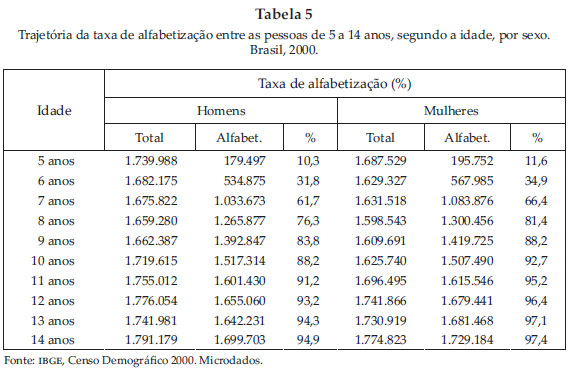 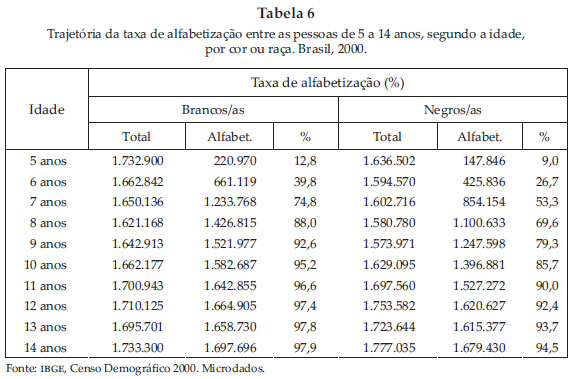 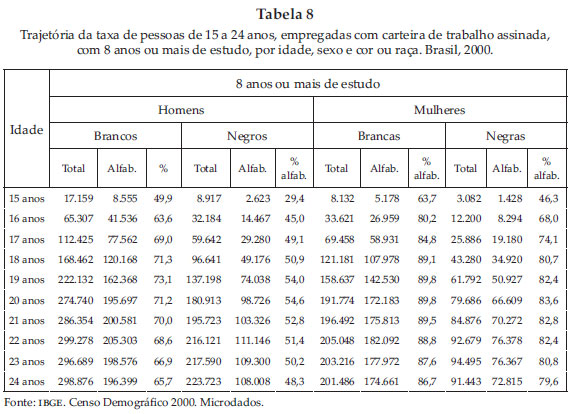